Showing posts from May, 2020
Show all

Still Not Listening to "They" 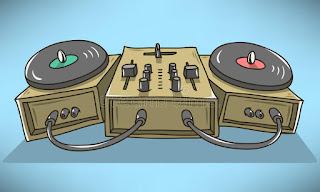 “They” said this shit would be dead in no time flat.  NO one wanted to hear that shit. That was in the mid to late 1970s.  I would be born only a couple of short years later in 1979.  That said, the argument can be made that we literally grew up with you.      “That ain’t real music, anybody can write some damn nursery rhymes,” they said while continuing to NOT write anything – ANYTHING – themselves.  The irony of the repetition of their own parents’ detraction from what they did in their own youth, and their parents before them.  Bearing that similarity, it stands to reason that they would know how this story would continue, if not how it would (or not) end . Hip Hop…      At 40 years old, I have become accustomed to being told for 30something years that I was wasting my time liking – nay, loving – it.  In the 80s, to me it was people who looked like me, spoke like me and dressed like I wished I could afford to.  It spoke to interests that I had and evolved with me as
Post a Comment
Read more
More posts