Showing posts from April, 2019
Show all

GoT Recap... "A Knight of the Seven Kingdoms" 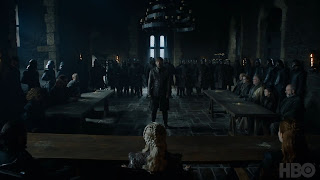 As quickly as this story is developing, there is an EXTENSIVE amount of attention to small details in setting it up… We get MORE reunions though; Dany confronting the man who killed her father, Brienne vouching for Jaimie, Jorah giving his family weapon to Jorah, the so-believed “victims” of the Beyond the Wall dummy mission actually making it back and Tormund hilariously continuing to shoot his shot with Brienne.      Bran caught us with his MAJOR ability to throw shade with his “the things we do for love…” and “how do you know there will be a ‘later’?” lines.   He can surely drag a room back to reality quickly.   It calls back to my memory when he cut Littlefinger off with his own “chaos is a ladder” line to let us all know he should be feared.   What scares me here is that he presents himself to know everything and somehow at the same time just not quite enough at the same time. That he knows The Night King is after him and Samwell’s understanding of why this is
Post a Comment
Read more 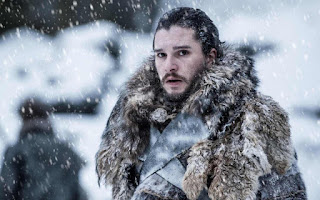 Okay, so we got a slow start…. I expected a six-episode season to mean that that the body count would be swift and intense, but I didn’t get that. I DID get ol no-dick-having Theon Greyjoy showing off his (non) balls and saving Yara.   I DID get the surprise of people who have quite apparently been away from everyone else for what is apparently months and/or years learning that Arya is not dead, and I did get Sansa still basking in her “Littlefinger is Dead” afterglow and not fucking this episode up. We also got Euron thinking with his dick as his biggest mistake. On the whole, though, this was a WILD slow-building episode when one stops to consider that this season will only be six episodes long. The fact that the wall was breached was never mentioned by anyone until 40+ minutes in, the fact that Jon Snow had actually smanged his auntie (who, I theorized, impregnated her in doing so) was not brought to us until ten minutes after that and the fact that old
Post a Comment
Read more
More posts