True Story©… Back to School 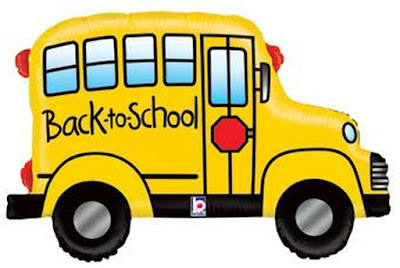 It’s that time of year again…  Y’all know, the one where I am dragged into a classroom to assemble and move shit despite not particularly wanting to have to do it.
To be honest, I am thankful to the Wuhan Bat Flu for closing schools at the beginning of last year and limiting ANY visitors when they finally did open in the last quarter, thereby saving me from breaking a sweat.

This story is not (necessarily) about that.
Saturday before last, while I was on the above-mentioned unpaid hauling/cleaning mission(s), I noticed the message flash across the television in my wife’s classroom about football tryouts.  Well sheeeeeit…  When I was in middle and high school, I wasn’t able to do such things due to reasons.

Me: “It says football tryouts are Thursday immediately after school.  I’m coming to live out my dreams!”

Wife Person: “Whatever…  Do what you want.”

See?  She don’t even be LISTENING to me.  The day continues on and we are randomly conversed with by people throughout the building, most of whom have a comment about how I have now sweated through my whole shirt and it ain’t even 10am!  One common occurrence of these conversations had to do with our daughter – a former student of this school – being the new volleyball coach.  An offshoot of that would become “yeah…  the football coach don’t cut anybody.  Everybody that comes out makes the team.”

So it is now last Thursday.  I split out of work early and change into something more like an 8th grader might wear.  I park at the high school next door and walk around to the field where tryouts are taking place and announce to the coaches that I am trying to make the football team.

Me: “I’m trying to play on the team this year.”

Oh shit, I’mma have to guess up something good, since I only know the ones on my wife’s team…  I will go with a safe bet.

Coach: “Yeah, seems to be happening more and more these days.  Dunno what they’re feeding these kids.”

Me: “Pops said the same thing.”

Coach: “Well I have what I need to know from you for now, you can go over there and relax a bit while I collect more info.”

Well that (thus far) was a cinch.  I served up a normal alias of mine because I am completely void of creativity and didn’t even need to cook up a whole backstory.  Good thing these damn kids are wearing hoodies in 90 degree weather these days, because I might have been busted if this man had seen my tattoos.  I am still shocked the rapidly-graying beard flew by him.

With data collection completed, we were released from the first day and told to be prepared to do some running on Friday.
Friday comes, I got ahead of it by logging into work early and shortening my lunch so as to be able to get to tryouts.  Again, I parked at the high school and walked over.  We did some standard football drills, I am guessing for the coach to gauge who knew what and if they would be built for the position they asked to play.
Given that I was old enough to be ANY of these kids’ father and had been watching football since I was five, I excelled despite the fact that I am 240 pounds with 42 year-old knees.  What I lacked in physical acumen and legit footspeed, I more than made up with experience and cunning.  The coaches were wowed.
Shit, I was wowed too that these dudes HAD to be about my age and no one recognized me as the spouse of a teacher in the school.

Monday comes around and now we’re given pads and contact practices begin.  Did I mention that I am 42 yet?  I say that to say that while these kids are faster than me, NONE of them is stronger.  I am impossible to tackle or even really keep a hand on.  It was like I was a man amongst boys out there and the coaches were eating it up.
Nevermind that I literally WAS a man amongst boys out there, some smaller than my 10 year-old daughter.  I was more or less told that I would not only make the team (which, as the real me already knew was the case), but I would assuredly be starting and basically the focal point of the team.

I was FINALLY living the glory days that I could not have 30 years prior due to the above-undisclosed reasons.  I’m primed to be the star halfback on the football team.  Every school in the city will be BEGGING me to come there before we’re even out of the 80-degree-day weather.  I will be afforded the chance to do this shit all over again and actually be one of the popular kids this time.

Y’all know this shit NEVER lasts though.
See…  Given that my daughter is currently head volleyball coach at the school, Wife Person gets sports conversations that she might not have given a fuck about one year ago.  Needless to say, the news of this new kid “Moe Phillips” finds her ear QUITE quickly.

Wife Person: “Don’t make me agree with you.”

Me: “Well in all fairness, you LITERALLY said ‘do whatever you want’ didn’t you?”

Me: “So you meant something else?”

Wife Person: “You’re also ‘getting caught’ close to me losing my job!”

Me: “So I can’t, like, hang out and get on someone’s highlight reel?”

Me: “Even if you’re doing the recording?”

And with that, my dreams of a football career ended before it ever even really started.  I have heard in the last couple of days about the breakout megastar 8th grader who just up and disappeared.  Strangely, I never heard of the coach checking the school roster or even consulting with the homeroom teacher Mrs. (or Mr.) Smith about it, but who am I to question things such as that?

Perhaps I could do something in the background to make enough money to retire my wife, and try this shit again next August?
Maybe I should sit the fuck down and not get arrested for decapitating someone’s kid?
Meh, who knows!