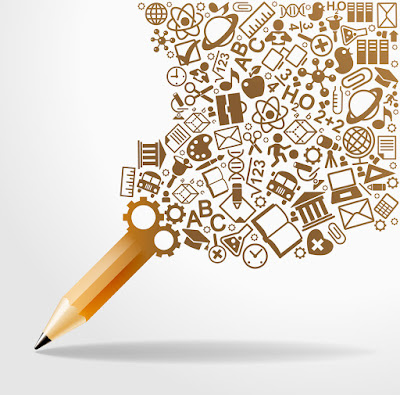 That seems like a simple enough instruction to follow, right?
Well let me explain something.  I am a middle child by birth order, a creative weirdo by nature and a bit of a misunderstood outcast due to both of the above.

…  I also talk about writing like underground rappers talk about rapping.  It is something I enjoy and I am good at.

You know what I DON’T do a lot and never became particularly good at?  Talking!
This isn’t to say I am inarticulate or lack vocabulary, I am just used to “sit down and shut up” as a parenting technique that I tend to silently watch a room until I need to talk.

Unless I am excited.
When I am excited, unless the audience is similarly interested in what I am yammering on about then I fully expect to feel the “sit down and shut up” vibe I was raised on.  The only difference is nobody better put their hands on me, lest there will be an expensive lesson taught.
The same can be said for topics that I am particularly interested or knowledgeable on as well.

The overarching point, here is that when I sit and write a story, I voice it in the EXACT same manner as if I am sitting with a group of friends telling it.  Crazy side quests, random-ass interjections, gratuitous profanity and all.  Anyone who has witnessed me when I can be bothered to hold court can attest to this.  Anyone who has spent any time with me and read any of my stories can vouch that my voice subconsciously narrates True Story©… .

Every introduction, every theme, every plot element, every conflict and resolution…  All very purposely presented as if I am sitting in front of you telling the story.  In fact more often than not the story and its language was workshopped in my shower, out loud, while no one else was home but me and the dogs.

With that said, I am not as good at “making shit up” as I make it seem.  Every single story posted contains an element – if only a little grain – of some shit that actually happened.  Again, I can’t and don’t honestly speak about shit I haven’t seen and/or don’t know.
-HOWEVER-
The whole fun of it is blurring the line of what happened out in the real world and what my silly-ass brain imagined could have happened.

It drives my wife crazy because sometimes I blurt out random shit for no good reason.  Well…  “good reason” would be to commit a thought to front-of-mind memory for when I am properly seated back at one of my computers.
Again, conversational…  I remember the most jackshit of things and I don’t necessarily say that as a positive or welcome trait when I just as easily forget important stuff.  Meanwhile, inside jokes that came from literally nothing or a random inconsequential funny I stuck into a story to get the word count up will come back up in another one months or years later.  But it forces continuity.

I’m consistent.
I write like I talk, I Tweet like I talk, I text like I talk.  Anyone who has received or seen any of the above knows this.  Full sentences, proper spelling and grammar, damn how much time and space it takes up.

I get to say whatEVER the fuck I am thinking to a voluntary audience, rather than a captive or otherwise unwitting one.  I can finish my line of thought, no matter how random, without worry of “sit down and shut up” or any other interruption.

Perhaps more importantly, I am allowed the time and space to clarify the same thoughts.  I say my writing is conversational, but one problematic element of conversation is to misspeak or have what was said misunderstood or misinterpreted.  Even in a stream-of-jackshit, one has the arena to look back over something and think “that was ufcked up, lemme fix it” before it has the chance to be taken the wrong way.

So not to say what any other creative should or shouldn’t do.  I’m just here writing about writing today.

Writing in a voice that is as natural as whatever usually-infrequent conversation I possess has been an invaluable wrench in my creative toolbox.  I can only hope that someone else can be helped by this short discussion of it.