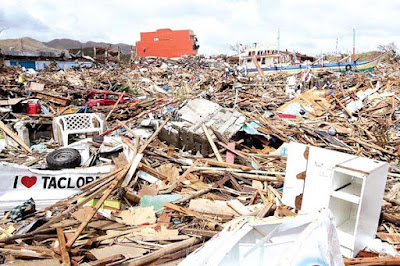 For 241 years of American history, it would be a mark of honor to be specifically mentioned by the President of the United States in most capacities.
Beginning on November 9, 2016 the dynamic changed to the point where being mentioned by the president was a miss-or-hit affair.  “Don’t you mean ‘hit-or-miss’?,” I hear you asking.  Trust me, when this motherfucker talks about anything, it is soon going to hell.

So now I am no longer a dude who tried to rob Santa for all the world’s gifts and got a undepletable bag of coal for my troubles, I am now a thug with a shotgun who threatens members of the media.

In the past ten months, I have been…

-   Roped into a domestic (illegal) sale of coal…
-   … parlayed that into sales into other industries…
-   … parlayed THAT into even bigger profits and made a ton of money; more than enough to last me a lifetime if invested properly…
-   … got greedy right about the time the international market wanted to play the dirty coal game.
-   Gotten robbed for my coal supplies.
-   Gotten KIDNAPPED when the robbery didn’t work as planned, then stuck into doing as my captors asked if I wanted to live AND make money.
-   Taken myself from one ugly situation and right back into another by beating my captors in negotiation.
-   Bought a shiny new sports sedan and drew some unwanted attention from a couple of crooked federal agents who wanted in on the take.
-   Gotten robbed by those same agents, to have their attempts fail for the same reason as before.
-   Bugged by the media to the point where I had to take whatever action I could to get them off of me.

… and here we are.  I have enough cash on hand to get out the game, but I am also ignorant.  I am also in peril if I TRY to walk away from this shit.  The Europeans know they need me and I know they need me.  My knowledge that they need me more than I do them is why I am still making cash off of them.  I am willing to bet that my US-based customers would STRAIGHT snitch to some feds more interested in NOT avoiding paperwork in order to secure me some time in the Federal Ass-Raping Prison System.  Resultant of my own greed and ignorance, you can scroll to the top of this page for a visual depiction of what my life is like nowadays.

Sunday before last, the Euros dropped me off at the airport and the only thing I could think of for the ENTIRE 36-minute drive home was how, just HOW the hell can I put this entire ordeal behind me.
As I crest the hill approaching my house, there is this maelstrom of traffic outside of my house.  People holding banners about how I was killing coal country and to go back where I came from.
[Phlip note: my current house is three blocks from where my grandparents lived when I was born]
One sign suggested that the second amendment was not for me, along with some choice language about people who nig (haha, get it?).

Rather than stop at the house, I kept driving.  I called Mimi and told her not to come home either, I drove on to my sister’s house to camp out for a minute, top off their supply for their coal/wood burning stove and clear my head with a large red solo cup of fermented beverage.

I called the crooked feds…
I set up a meeting with them IN PERSON in a wide open public place, wherein I offered them the names of and possession of the burner phone they were using to contact me to clone, explaining that I already know how filthy they are, so this is completely done off the books.  No paperwork involving my name.
With this information, they could use what they can to make a case against the Euros.  To them, this would be POSITIVE mention from the president, a resume-building case while at the same time getting me ALL the way out of the game, especially if I could already have the bag on the plane when the feds strike.

“Look, we appreciate the lead here, but in order to have plausible deniability here, we need you to not be there when this goes down, we have a voice stand-in for you as far as the phone calls go, but the danger to your life – and probability of the need of paperwork – is too big for you to be there.” 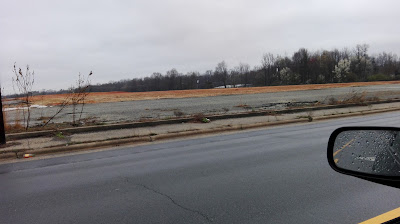 (in hindsight...  not as good a place as somewhere nearer to where the plane would be)


See, my plan was to get the bag on the plane and gone or at LEAST confiscated by the FBI and destroyed.  The bust would ASSUREDLY make the news and I could easily tell my other clients that I HAD to get out of the game when the Federale boys took all my shit.  I sit home atop my millions and never work another day in my damn life.  They take it as fun while it lasted, lick their wounds and go back to market to acquire their coal.

Fun fact: when you have a business and your operating costs are cut in half, it only makes sense that you do as you must to MAINTAIN that windfall for as long as you might so be able to, no?  When you’re paying a cat hundreds of thousands of dollars a quarter and that is HALF what you were paying the last guy, that leaves you enough money to tag that man’s movements with a private investigator.  In fact, when you KNOW what you’ve been receiving is possibly not legal, you tend to take the necessary steps to make sure your own plays don’t get fucked when he grows a conscience…

BUT I DIDN’T GET A CONSCIENCE, I JUST WANT OUT!!!

I’m leaving my meeting with the agents and my phone rings.  It was the manager of the transportation museum in Arkansas…

Me: “Hello?”
Caller: “Good evening, Phillip…  How was your meeting?”
Me: “M-meeting?”
Caller: “A birdie tells me you’ve been speaking with some officials?”
Me: “A birdie?”
Caller: “You know what I mean, Phillip.”
Me: “It ain’t even like that man.”
Caller: “I hope you’re not trying to go clean-faced on me.”
Me: “Biiitch…  This beard is glorious, ain’t no way--…”
Caller: “Not what I mean and you know it!  If I have to talk to feds, you’re guaranteed to be a topic of discussion.”
Me: “No mention of you, homie.”
Caller: “So what, then?”
Me: “They’re my ticket out of the game.”
Caller: “Out of the game?  But we make such beautiful music together!”
Me: “No, we make such beautiful MONEY together.”
Caller: “What’s the difference?”
Me: “I have made enough to be fine, man.  This bag is beginning to ruin my life every other week now.”
Caller: “So fuck all the rest, keep it between us!”
Me: “What part of ‘enough’ do you not get?  I want out of the game.”
Caller: “So sell me the bag, then.”
Me: “You do NOT want to hear the punchline to that joke, I have seen it twice.”
Caller: “Huh?”
Me: “Don’t ask.”
Caller: “So what next?”
Me: “My federal homies get a score that will make their careers, the bag goes away and I can go on with my life as a very rich man and retire at 39?”
Caller: “And what about me?”
Me: “What did you do with the MILLIONS you saved on coal all year?”
Caller: “Um…  I spent it on coal?”
Me: “What?”
Caller: “d-d-did I st-st-stutter?  I spent it on coal?”
Me: “Details, please.”
Caller: “As far as my investors care, my coal budget has not changed.  As far as my WIFE is concerned, she goes out and scouts a new woman for US to fuck every Thursday, so long as the cash keeps coming in.”
Me: “Nice”
Caller: “Have you ever had THREE women trying to suck your dick from the back before?”
Me: “Nah, my woman ain’t with the whole ‘sharing me’ thing.”
Caller: “Well neither was mine before you came along, and I am afraid that someone might get hurt if that is taken away from me.”
Me: “Look, it ain’t my fault you need three women to be able to cum.”
Caller: “Fuck you, man…  I’m serious!”
Me: “No sale!”
Caller: “I’m warning y--…”

I was done with it; I hung up on that asshole.  Fuck him, buy him a salad.

A week passes, I do my daddy duty shit and love every time a kid in front of her school yells “that’s my car” when I pass by in the Audi.
[Phlip note: who knew kids still do that?]
Sunday comes, I drop her off and head home to switch cars for “work,” or my last day as the plan goes.  Kiss Mimi on the cheek and head to the meeting place to give the feds possession of my car and the bag for them to do their thing.  The whole thing was going all to easily for me to be as cool about it as I felt at the moment, right?
RIGHT?

I really should be mixing up my meeting places and shit…
As soon as I got out of the car, the federal agents get out of theirs to meet me and switch rides…
A SWAT team converges on all of us, rifles drawn and vested the fuck up.  No shots fired and none needed to be.  Me and my agent buddies know the punchline to this joke already.  We put up no pushback to them, I handed them the bag and they ran off.  I stared at my feds…

So there I am…  STUCK!
I don’t have a clue who the hell just wasted their time robbing me.  Well, I do have a clue considering the Euros know how that works out.  My major problem is now that I have to face the Euros and I have no bag with which to do my job.  Worse still is that my INITIAL plan was to blow THEIR plans and use the media coverage to get around having to deal with anyone else. 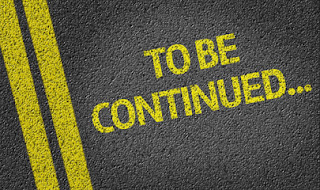