Life Comes at You 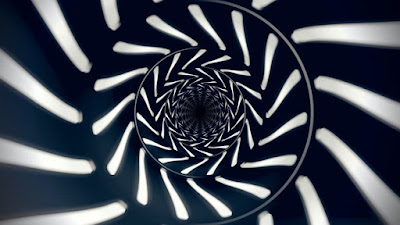 People from where I am from aren’t supposed to do the shit I am  doing right now.
… stick with me here.

A child of a single mother, we grew up in the hood.  Beyond the normal shit of football in the street and ding dong ditch at 2am, time was spent running from racist-ass cops before they became emboldened enough to shoot people that looked like us in the back.  We always had what we needed, but had to learn to grind hard for wants that often never quite panned out for even that, as we all had to grow up fast.  Extra money from cutting yards and handiwork was often remitted back into the household and became food and necessities.
Rarely did we have the luxury of travel.  I had never left North Carolina until right around my 12th birthday and that trip was to Atlanta to visit an uncle who had been living there my entire life already.  Any and all travel in my childhood involved visiting family and never included a hotel unless my grandfather was around, as he got free stays from Holiday Inn.
If I’m honest, I often felt the whole situation was unfair as it happened.  I promised myself then that my adulthood would be different.
1992 was a different time.  I made the promise, but had not a clue on this planet how my adult life might look, and honestly there were very few examples of people who looked like me at my current age.  I say that to say, looking back on it, the promise was more a wish.
I got my first job IMMEDIATELY upon my 16th birthday and even then I had to, as mentioned above, divvy half of my paychecks back to the household.  Beyond that, now all my school supplies and clothes and such were on me.  Thinking back now, most of my childhood was spent not necessarily feeling like a child.

In my time exclusively in this house, I have…


[Phlip note: if you follow me on the BookFace, you’ve seen all of this happening live]

I found myself right before my birthday and considered my promise/wish to myself 29 years prior and thought to myself “this is the most suburban shit I could have ever thought to find myself doing.”  To take it a step further, I searched the memory banks and took into consideration that NOTHING I am doing now was anything less short of SO foreign to middle school me that I wouldn’t even have known what any of this shit is back then.  I live in a world now that didn’t exist in the daydreams of a 6/7th grader.
… and I am thankful for that.  That means that I have overshot what I dreamed possible.  I have partnered with the right one for the ride, and look forward to the rest of this journey.
I feel like I am doing some shit right.

"they" family growing up growth life