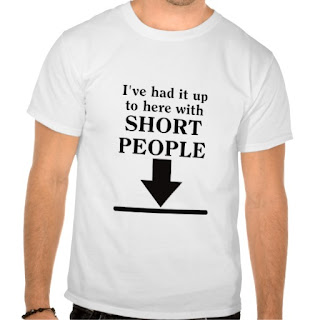 For someone whose lifestyle is prone to misadventures that the two of you come here every Thursday to enjoy, it only stands to reason that I live in a constant existential fear that some small-at-the-time bullshit that I did months – YEARS – ago will one day come back and bite me on the ass.

Y’all remember the time I tried to make a movie?
What about now?

So last week Tuesday or Wednesday, I am pretty sure it was Tuesday. I was walking Thunder on my lunch break during a commercial break while Judge Jerry was on.  A car comfortably comes to a stop in front of my house, in stark contrast to the screeching halt I normally witness when I am about to be accosted.  A midget little person climbs down and toddles over to me.  I stop him as he gets inside of about leash distance but still not close enough to touch my dog, “I’m isolating from close contact with SIX people who tested positive last week, might want to stop there.” and his approached stopped where he was.

Him: “Almost four years ago, early in 2017, you recruited me and some people like me to be in a movie you were making.”

Him: “Yeah, the fighting and the fire.”

Me: “Look man, I told the insurance company that I didn’t make any money on that.  They were in contact with my lawyers and everyth--…”

Him: “In the rubble of the burned out building, they found the film footage that you were able to get.”

Him: “Well.  Given that the insurance company had paid out a claim on the property, they basically owned what remained after the owner cleaned out their stuff and collected the claim.”

Him: “Well, the owner left the burned out cameras with your memory cards.”

Him: “Well, they turned it over to their investigators.”

Him: “Well apparently they had already been to court with you over it all and you were earnest, if unlucky, in what happened that day so you remain in the clear.”

Me: “How so?  And how the fuck do you people keep finding my house!?”

Him: “Well.  Subrogation begins and they analyzed the footage.”

Him: “They analyzed the footage to make sure you told the story accurately and to see WHO started the fight.”

Me: “A little person started the fight, I told them that!”

Him: “They also wanted insight as to who or what started the fire.”

Me: “Y-YOU started the fight and the fire?”

Him: “It wasn’t on purpose!  I came back with a cigarette and tried to burn the guy I had been fighting.  He flinched and it got knocked onto the bar, where it startled a woman who knocked it behind the bar, where it landed on a box of glasses while the bartender was looking the other way and--…”

Me: “The fuck is this, looney toons?”

Him: “… that is when the fire started.  Because I started – and then escalated – the fight, I received papers that I am now being sued.”

Me: “I’m broke and thankfully innocent.  What am I supposed to do?  I should be suing your ass myself!”

Him: “Look, I’m sorry.  You’re a writer though.  I was hoping you had something cooked up for me to get away.”

Him: “Whichever can be conveniently achieved, I guess?”

Him: “My parents never had another kid after I was born and always blamed me for it.  I haven’t talked to them since I left.”

Me: “Okay, go to work tomorrow, today if you can.”

Me: “Get yourself fired on the spot.”

Me: “Grab a titty, tell a manager to perform some kind of act on you.  Anything to be let go on the spot.”

Me: “Because it is early in the week.  They will have your separation paperwork handled by Friday.  On Friday, you call your 401k company and cash it out.  Pack up your shit while you wait on them to get the money to you.”

Me: “Once the cash hits your bank account, go to the bank and withdraw it all, STRAIGHT cash.  Tell them it is to buy a car and convert it for your condition or some shit like that.”

Me: “Go buy a burner phone – in fact, send a kid inside the store to buy it – pay ONLY in cash, never with your debit card.  Turn your own phone off and don’t turn it back on.”

Me: “Get in your car and drive to Miami.”

Me: “Again, only pay for gas on the way in cash.  Don’t turn your old phone back on at all.”

Me: “When you get to Miami, find one of those Jamaican-sounding guys – he will likely be Bahamian and that is for the better.”

Me: “Stop interrupting me.  A Cuban will work for this also.  Negotiate a fair price for him to transport you off the radar to The Bahamas or Cuba.  You don’t wanna go to Haiti or The Dominican.”

Me: “You should have enough in your 401k to cover the trip, and to set yourself up with somewhere to live when you get there while you get settled and learn Spanish or patois.”

Me: “You douse the car in kerosene and torch it so whomever might be looking for you suspects foul play.”

Me: “You get a fucking tan and be Cuban or Bahamian for the remainder of your days, you do odd jobs and get paid in cash and live off the radar.”

Me: “Look, I once tried to freestyle a movie with midg--…  little people, you came to me for advice, and I am somehow the crazy one?”

Me: “Right…  I strongly suggest you retain the best lawyer you can afford and face this as best you can.”

He thanked me for my time and climbed back into his car and left.  I had impressed myself with my ability to cook up the plan to disappear while talking to a total stranger who MIGHT have been sent to me by the FBI agent who has been secretly here reading my criminal manifesto for the last several years.

Since I hadn’t thought in the moment to ask or really care where he worked, I cannot be sure that he took my advice or if he wrote it off to me bullshitting him.
As ever, I stayed on Google and Facebook for the rest of the week/end and this week to see if anyone discussed what I had suggested having taken place.  I have spent this week searching to see if anything had happened with a car getting random-assedly torched in/around Miami.  The only thing those searches returned was episode recaps of Burn Notice.
[Phlip Note: I think I’mma watch Burn Notice this weekend]

I’m hoping that my lack of information found on anyone attempting this shit serves as redemption in the fact that perhaps people aren’t all the way stupid enough to try some shit like that.
But let’s be honest, we’re ALL hoping to see some shit like this on the news sometime soon though, aren’t we?