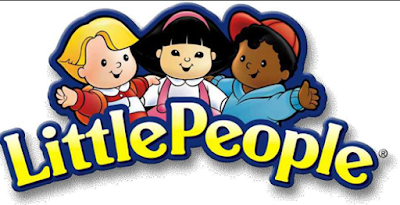 For the first couple of weeks after I got home from Guantanamo, I was kinda messed up.  Basically just didn’t know how to approach the world and always on edge.  They say that one experiences things similar to PTSD when they have been subjected to torture conditions and yes waterboarding IS torture.
With these things front of mind, it was understood that I was often angry about my situation or moreso just that I HAD to be placed into that one.  With no real outlet but luckily still gainfully employed, I took on the task of messing with other people’s lives for my own entertainment.

I’d read lurid stories about how, during the taping of The Wizard of Oz in 1939, the people who played the munchkins were basically a weird drunken mob of 120+ little people during their off-camera time.  The reason for this is that this was the first time that many – well, most – of them had ever been around OTHER little people.  Some were foreign and many already in their 40s and basically did whatever the fuck ever they wanted to do on set because they knew they could get away with it.  This allegedly includes harassing a then 15 year-old Judy Garland in a manner that is a felony in 2017.

I had myself a plan…
I sat down night after night at the computer and hammered out this elaborate story that would require that I have a mob of 63 little persons and proceeded to get myself laughed the FUCK out of every film producer I could get myself in front of.  Discouraged a little bit, I changed my course on making the movie and decided to make a movie ABOUT making the movie.  I went independent instead though, borrowed some money and worked 60-hour work weeks from June through the following February for supplies.  I put an ad in the local papers (when that was a thing) to get as many people willing to be in my project with the understanding that I would not be able to pay them unless this thing took off, but there would be plenty of food and alcohol for all parties involved.  And by “all parties,” I meant all adult parties no taller than 4’6” in height and no younger than legal drinking age.

I rented out a small warehouse for one weekend and rigged a camera system to be in constant recording when we were in the building.  I provided each person with a FULL copy of the script – and access to full open bar – and we went about the task of behaving as if we would be making a movie.  No one would be allowed to drive if they had been drinking, liability and such.
No need to go into what the movie would have been about, because that was the FURTHEST from what I had in mind for this project.

That’s right, I was Reality TV’ing this shit.

60 midgets little people in a warehouse drinking all they can hold while competing for parts in a movie that was never gonna fucking happen anyway, at least not in the way that was presented.
I’m pulling footage from 8 cameras and working two on the floor to get dialog outside of my planned narration.
It went PRECISELY as I planned…  Within two of the planned five hours on location, I was getting all the tiny-human fighting I could have ASKED for.  I didn’t have to pay for a fight promoter’s license because I was doing it as an independent film project with no payroll expectations.  It was so glorious and since I was the only sober brain in the room, no one other than me seemed to care that I had cameras on the whole damned situation.

The fights turned more and more violent and spread across the whole of the warehouse, like one huge-ass gang fight and things were being DESTROYED.
(Phlip note: lucky I questioned the insurance status of the location in case some shit popped off.  They were insured)
Then the last word anyone in this building wanted to hear…

Now we go from capturing this amazing footage to DASHING FOR OUR LIVES!!!
Me and 60something drunken dwarves little people fleeing a burning building.  We get outside and I do a mini headcount (see what I did there?) and we all made it out without loss of life, just as the firemen arrived to douse the blaze and the manager of the facility showed up to assess the damage to his facilities.

Again, no lives lost, the manager of the facility was not angry after talking it over with the owner and the insurance company after getting statements from me and 51 of the little people.  Three of them told me that some of the remaining ten had warrants, which I found fucking HILARIOUS.  It all jibed with the fire marshal and no charges were filed.


But I lost ALL of my fucking footage and equipment…
7 months of overtime and weeks of planning/coordinating, all up the ass due to an angry drunken midget little person fight.
fight fire little people midgets true story