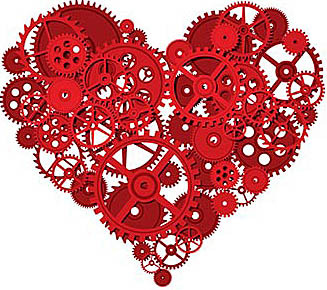 Everyone – including my own wife – knows I could give a dry fuck about Valentine’s Day.  Not even to bore you to tears with the norm of ultra-wokeness about pagan holidays, not needing one day out the year to show love or whatever else people sell themselves as “reasons” to not be into it.  I mean, I don’t mind going out to dinner or to whatever level of the world outside of my house that is open during these cold cold Rona days.  I just don’t like the concept of having to deal with crowds and people to do so, and that has been the case since long before Rona made it cool to assault people for getting too fucking close to you.

After my previous attempt to offer dating advice, then documenting it, I would think that no one would contact me for shit on the subject ever again.
I mean that would make for a reasonable populace, no?  Well if anything about the past 11 months and especially the last three have taught us, it is that there is no such a damn thing as a “reasonable populace.”

Valentine’s Day is in three days, for those of you who didn’t know that.  Due to a TIGHT succession of holidays and birthdays, me and mine have this thing we do where we don’t do gifts for Valentine’s but we do make a point of doing a thing.  That “thing” has included making a whole-ass weekend of opening weekend of Black Panther, a Herbie Hancock show, and a couple days at the beach.  One thing to remember about every single one of them is that we WILL be enjoying a good meal that we did not cook and that there will be photographic evidence of the escapade.  It almost seems at times like she doesn’t hate my guts and is actively planning to murder me and put my body under a singlewide trailer.

Ignoring the “Phlip winding up dead on an episode of Snapped” element, we get out a bit and do some pretty dope shit, even with Covid and now Super Covid outside.

Naturally, people are having to get creative with their Valentine’s plans this year given they can’t really get out of the house and be in groups and shit.
A friend of mine posted on her timeline what she could do with her husband that would be different while remaining socially distanced.  It was time for me to cook…
My response:

You and hubs need to go out to a nice expensive-ass restaurant.  One that you wouldn’t normally go to on a normal date night.  Arrive in separate cars and don’t wear your rings and those two things are important.
Enjoy your meal, have awesome conversation and once you have ordered dessert (or a second bottle of wine), have him pull out your engagement ring and take a knee right in the middle of the restaurant where everyone who is there can see.  You WILL become the center of attention, people will stand and smile.  They will applaud, a couple of women will cry.
Once he has “proposed” and you’re sure everyone is looking, you put your hands over your mouth.  Try to escape a tear if you can as you get your keys and dart for the door.  Hubby will sit down at the table, ring in hand and make his most dejected face ever.  If the restaurant doesn’t comp the meal then someone in that restaurant will cover it for him.

Her female friends – well the ones who read my comment – were not as amused with my bullshit as her male ones and her husband was when he finally got to the post.

Between me and the two of you, I am PRAYING I get to write a followup on the fallout from what I suggested, should they decide they have the thespian chops to pull that shit off.

Part of me wanted a crack at the chick on my timeline whose friends know she is playing the “no Valentine’s date” game because the dude she is messing with will be spending it with his wife.  Alas, she didn’t make a post for me to gofer it on.
Maybe next year.

Outside of posting on their OWN timelines, one thing people tend to like to do is post on the timeline of others instead of sending an inbox message…
Tuesday afternoon while my wife was napping on the couch watching Judge Judy and I was at my desk trying to sleep off the morning’s workout working diligently, a friend of hers posted on her timeline “What are you and Phillip doing for Valentine’s?”  Since she was totally stealing warmth from the puppy and sleeping, I saw the post before she had a chance to and naturally went right into action:

Funny you ask this!
We just discussed this last night.  We’re going to go to a steakhouse and have a good meal.  I know we just went to one of the best ones in the city for her birthday three weeks ago.  We’ll chill back and enjoy our meals, then one of her coworkers will run up on me with two big dudes carrying cameras and confront me about why I haven’t been answering my phone.  We will make a huge ass scene like an episode of Cheaters and get kicked out of the restaurant before the check has been settled.  We’ll be outside and in the car before anyone even notices that we didn’t pay.
Unfortunately, this will also mean we can never return to this place.

While her friends and some of mine came on the post and had a GRAND laugh of it, she was less than pleased when she woke up from her nap.

So here I am…  I am not sure at the moment if I have simply gotten out of having to participate in Valentine’s festivities this year because of Rona, because my daughter is coming home from her mother’s on Sunday or because Wife Person has been playing the silent treatment game on me since she came to from her daily mini coma.

Y’all pray for me.