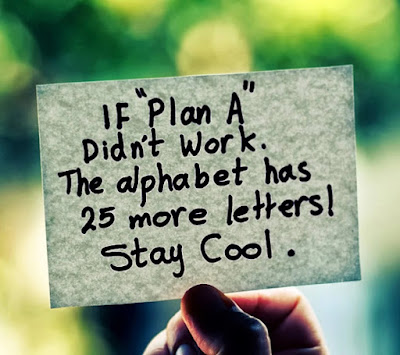 It is a small miracle that I have been in this house for almost 12 years without my mortgage company coming to kick my door in as just rewards for my own stupidity.

As y’all may recall, I famously sank all of our liquid cash into a risky crypto bet just a couple of weeks ago.  As it stands, I have still made some money on that, but not enough to quit my job like some nerds on the internet said I would be able to.  I am pretty sure my wife hasn’t checked the joint account balance recently, but I sweat profusely every time she pulls her phone out and I cannot see her screen.

I need to make a comeup real soon…

With some luck, I had sank money I (we) already had into to the Meme Crypto market, and my stimmy check HAPPENED to show up a couple of days later so I was not exactly “broke.”  Not yet at least.
When, despite the egging along of the likes of Elon Musk, Snoop Doge and even a mention from Mark Cuban, Dogecoin didn’t go “to the moon” as Twitter seems to think it would, I looked down at my calendar and noticed that this past Sunday was Valentine’s day.

What the shit does Valentine’s have to do with losing your life’s savings on the stupidest bet one has ever made this year?

Thank you for asking…

See, I figured that given that February 14st was on a weekend this year – albeit a Sunday – people would make more time to celebrate than they might if it was on like a Tuesday or something.  I know that people tend to use their “Time to Valen,” as I call it sometimes to piss people off, to angle towards bedding someone of some semblance of particular interest to them.  Further I know that sometimes people act in the heat of the moment and don’t always sheath their sword before going into battle, which is dangerous when combined with one having a weak pullout game.  FURTHER, I know that some women go through with this whole rigmarole simply in exchange for the meal and some dingaling, but do not necessarily intend to procreate with the person she has recently enjoyed coitus with.

I had an idea.  As the day approached, I went and picked up one of my nephews who is of age and two of his friends.  I cashed out the stimulus money chillin in my bank account and we went for a ride around the city.  We stopped at every Walgreens, Rite Aid, CVS, WalMart, Target and grocery store pharmacy we could and we bought up ALL the morning after pills.  Yes, all of them.  As in cleaning the city out on the Wednesday before Valentine’s day.  This would not allow stores enough time for a replacement order, shipment and restock of them; especially not with shipping carriers not named Amazon still dragging their asses to get anything delivered.  I figured people would begin looking for their Plan B pills about Friday – ostensibly payday – or Saturday when they would be off work and have time on their hands.

I was off work on Friday.  I had to go and get a recall serviced on my station wagon (ß judge yourself, I love those things).  As I sat in the waiting area drinking Subaru’s expensive-ass coffee and stuffing their water bottles in my coat pocket, I searched social media and Google to see how my plan would play.  In public posts on the Bookface and local posts on Twitter, people were noticing already at 9am on Friday that local stores were out of Plan B AND the store brand generic morning after pills.

Inevitably, one of the “customers” shot back a response to my pricing…

Me: “Not that it is any of my business HOW you know that--…  Never mind.  My price is my price and theirs is theirs.”

Customer: “But they are out right now.”

[Phlip Note: been watching Outlander with the Wife Person, I fall into an awful Scottish accent from time to time.  I sound like a damn Lucky Charms commercial]

As the day and weekend progressed, I applied the same low-pressure-but-high-stakes sales practice to pressing people to spend $400 now instead of hundreds of thousands over the course of the following 18+ years.  I hope my conservative friends are reading this.  I have applied rules of supply and demand to quickly profit on a fucked up market condition I created myself while SIMULTANEOUSLY doing my part to avoid terminating pregnancies on that other, less desirable term.  YAY capitalism! (?)

Now I am no expert on the subject and certainly have never read ANY instructions other than the ones in a Lego set, let alone the tiny writing on the back of a Plan B box.  I am guessing that is how I have a daughter despite taking a morning after pill EVERY time I did it with my ex wife a woman I had a wedding with one time.
That wouldn’t matter though.  Sunday came and I'd made my money back, plus some, plus some cash for my nephew and his homies for helping me.

Now I am faced with the task of sneaking that meme stocks money back into the joint account without Wife Person noticing and giving me a tuneup beating after dinner.