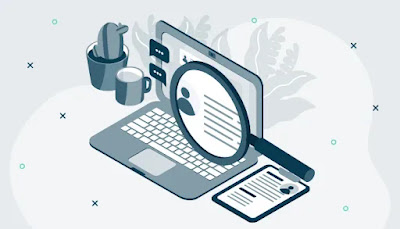 "If you got soft eyes, you can see the whole thing. If you got hard eyes - you staring at the same tree missing the forest." ~ Bunk Moreland

“Soft eyes” is most simply defined as “attentive to detail.”
Over my little hiatus I fell into the world of Podcasts, with my favorite genre being “historical humans behaving badly.”  I have some suggestions if you ask me, but we aren’t here for that kind of an aside today.

A commonality of the above-mentioned “historical humans behaving badly” is how far the grift would NOT have gone if the scammER wasn’t banking on the scamEE not catching on to the fact that they were indeed being scammed with a simple question or two.

“Well shiiiiit, this could WORK!”

That’s right…  If you’ve learned nothing from the last several years of my writing, one could consider me a bit of a grifter myself.
Lest you thought I bought a new (to us) house and just sat around working from home and paying bills and shit, you’re assuredly mistaken.

I had an idea…
First, I established a Burner Google phone number under my Moe Phillips email account I use when I am in FaceBook Jail.  Next I went to MS word and made several official-looking sales flyers for a line of cookies.  I called in a favor and had them printed up with the contact information and all.

…  then I picked a random-ass Saturday, grabbed up one of my little dudes and we went out knocking on doors on the northwest side of town.

Homeowner: “Can I help you?”

Me: “Good morning, sir.  My name is Moe Phillips, but my friends all call me ‘thug,’ me and the little man are out here on this gorgeous weekend selling boy scout cookies.”

Me: “Yes, it is a new thing.  Our popcorn hasn’t been doing well and vegans have ruined hot dog dinners for us as fundraising campaigns go.”

[Phlip note: get ‘em laughing and you got ‘em off guard]

Homeowner: “Well can I have a look?”

“Soft eyes.”  For those of you keeping score at home, I just tested this man twice.  I told him my friends call me “thug,” and c’mon, BOY SCOUT COOKIES!?  Don’t worry, those were just me dipping my toe in the water and being given a chance to be told to get the fuck out.

The REAL test was in the names of the cookie flavors…

Yes, I intentionally typeset the modifiers that made the names INCREDIBLY inappropriate on purpose.  I am GIVING them a chance to bust me.

Homeowner: “Well I must say…  All of these sound delicious.  Can I order two of each?”

Homeowner: “And how do we order?”

Me: “On the back page is the order form.  You email it to the encrypted email address with your request and payment.  We take Cashapp and Venmo.  Send a screenshot of your payment with your order.”

Homeowner: “I will wait for the wife to get home and see if she wants any.”

Me: “Cool, bet.  We look forward to your order, we will be bringing them by personally when they come in.”

Me: “Have a wonderful rest of your afternoon and weekend!”

And look at me, not found out and yelled at or shot or nothin’.
I knocked on a few more doors in different subdivisions and one thing I noticed is that people are so adamantly angered by solicitation that they forget to hate your guts and are totally off guard when you eke that laugh out of them.

Day over, I’d knocked on 25 doors.  Before I was home to the burner phone I’d sent one of the neighborhood teens to the store to buy was lit up like a Christmas tree with Cashapp deposits.  Mans above ordered the two of each as he said he would, plus an extra two each of the – as he said on the order form – “Lemon Delight” and “S’mores” flavors.  Twelve boxes at $5 each, you do the math.

“Soft Eyes,” I told y’all…  This man has had this order form in his hand and, ostensibly has shown it to it to his wife who ALSO overlooked a preemptive “out” I had given them that I could verily play off as an act of humor if they caught it.

Another couple was less gung-ho, only ordered one of each.  Another household picked up two of the caramel and one of the fudge.  Overlooking the small print, though, was a common mistake.

Ehh well…  I swiftly sent the money from the Moe Phillips Cashapp to my legitimate one and blocked the senders because I learned from the Credit Repair ordeal.  All told, I spread out 25 order forms and received 15 orders of varying sizes and two “donations” of $100.  In total, with the donations, I cleared a hair under $1200.  I paid the neighborhood kid $20 for grabbing the phone and the kid that came with me to make my ruse look realer $200.

All clear, I got Christmas funds with no strife right?

The Moe Phillips Google number rings on the burner on Monday.  I hesitantly answered.

Caller: “Do you think this is funny!?”

Me: “Moe Phillips, it is on your order form.”

Caller: “I highly doubt any of this is legitimate.  These flavors alone.”

Me: “Yeah, we decided against 's’niggerdoodles' for this season.”

Caller: “You could start by sending me my money back.”

Me: “This connection is wonky, what the damn hell.”