True Story©… The Mystery of Soapboxin’ 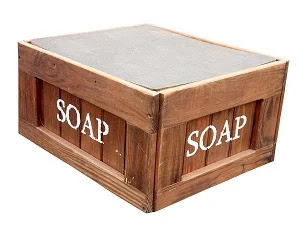 Have shenanigans, will travel…

It is spring break and since my daughter is with me and not the woman I had a wedding with once her mother, my wife and I make a point of doing things with her and my great niece, so I took the week off like they got so I am not the only asshole in the house telling everyone to pipe down because I am working and they are not.

Back when outside was open, a thing to do was go and park downtown and walk around.  While there one could eat good, people watch, score drinks and/or dessert.  I have even seen people find their forever mate and/or religion.
Speaking of “religion,” you could count on the Hebrew Israelites standing in front of the Civil Rights Museum and SCREAMING at white people (and not-black-enough black people) as they walked by just trying to get a taco on the next block.  Before ‘Rona, Ava used to get her done hair across the street from this amazing spectacle, so sometimes I had to park RIGHT in front of it when picking her up.  As a heavily bearded black dude with his daughter, I never bore their wrath, they just kind of left me alone.

That has nothing to do with the events of this week.
Our spring break activities saw us taking the girls to the beach for a few days.  We got a room on the beach but with a kitchen to minimize costs, since everyone likes my breakfasts anyway.  Given the lack of necessity of leaving the immediate area of where we were staying, I snuck a little something extra in the back of the wagon while I put our bags and cooler back there.

Once we got to Wrightsville, I learned that “downtown” was not a cultural district as it is in some cities alongside the municipal shit, it is ONLY municipal shit.
I was disappointed.
You know what I did find?  I found that in cities with a downtown only doing city shit, there is usually another area for that other kind of stuff.  In cities sitting literally on the Atlantic Ocean, that “another area” is usually a boardwalk of some sort.  Good food, good entertainment, good people watching.  All there to be had.  With the woman and children away doing girly things, I said I was going for a walk before I dropped by the car and grabbed the soapbox I found in my travels around the city last Sunday and a Lion King popcorn bucket from the movies two years ago, then hoofed it down to the boardwalk.

At the boardwalk, I set the bucket down in front of me with a handful of change in it and four one-dollar bills and I stood motionless on the soapbox.  People walked by because they had no choice.  I stayed mannequin still, didn’t look at anyone anymore than my periphery would allow.  Kids tried to get a rise out of me, I didn’t react.  People tried to talk to me, I didn’t respond or break a smile.  Cops came and joined in on the public’s fun.  I didn’t break.
Most people would drop some change in the bucket before moving along.

At the end of the hour, I had $63.72 including the four bucks and change I had started with.

Tuesday morning, I went back to the boardwalk in the same spot and some asshole was already there trying my schtick…
Motherfucking copycats.

I watched for a few minutes and considered trying all I had in me to get him to break, but I decided I had another idea.  I waited.
Wednesday, I went out for my walk while the girls built sand castles under Wife Person’s watch.  I pulled up my soapbox and the copycat was not there yet.  I assumed a position and stood frozen with my bucket in front of me, waiting for people to gather around me.
And “gather around me” they assuredly did.
I held my mannequin state for about five minutes as people – men, women and children alike – tossed money into my Lion King bucket.  I decided it was time to break character…

I put my index fingers to my temples and…

Me: "And he is saying, something about the--...  um, money?  He says everything will be alright"

Jennifer: "oh my GOD, we've been fighting with my half-sister over his estate and the bills he left!"

She starts crying, I GOT her!

Just as I started the last couple of sentences, I noticed that my copycat had arrived for his “shift” on the boardwalk.  I knew I had Jennifer and the rest of the crowd on my line and could use this.  Instead of continuing the ruse, I went back stiff into the mannequin thing.  The crowd around me goes “awww!” and Jennifer was in hysterics.  Throwing money into the bucket frantically, people in the crowd around us had gotten invested in the “psychic” telling this poor girl that everything would be alright.  The beautiful thing about someone becoming emotionally invested is that they will soon become financially invested.  The ones and change became fives and tens.  People WANTED me to wake back up and help this girl.  Newcomers came on and the people who had been there told THEM what happened and THEY threw in money on it.

I’d been out here for THREE FUCKING HOURS, and I was starting to get hungry.  Luckily for me, the cop from the day before decided that the non-moving crowd had become a bit too much.  The crowd was cleared out first, then he came to me like “I know it is all in fun, but I need you to clear it out too.”
Quietly, I grabbed up my soapbox and my bucket and headed back to the hotel.

Wife person was not pleased…

Wife Person: “Where the HELL have you been?”

Me: “C’mon, Wife Person, that requires a swim…  I am a good swimmer, but that is the whole Atlantic Ocean out there.”

Wife Person: “Shut up.  What have you been doing for the last four hours!?”

Wife Person: “On the boardwalk doing WHAT!?”

I wrestled to pull the $714.91 out of my cargo shorts pocket and tossed it on the bed.

Wife Person: “Not funny.  Anyone gonna come looking for you over this money?”

So Wednesday night, we’re taking the girls out for dinner and who of all people approaches my car in hysterics but Jennifer who has apparently not stopped crying since our earlier encounter so she is damn near purple in the face.  She is screaming “please, PLEASE, you have to help me.  What did my dad say, please just tell me.  I will pay you ANYTHING!”

Wife Person: “What the fuck did you do at that damn boardwalk?”

Me: “…  I will explain it on the way home Thursday”