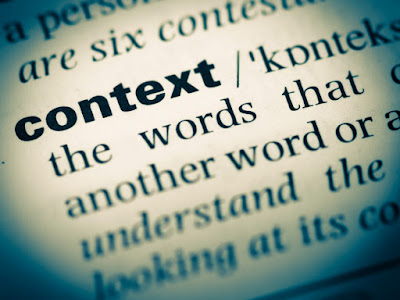 There is a special level of shenanigous dipshittery to be gleaned from a proper lack of context in an all-of-a-sudden non sequitur element that was not non sequitur until you got involved.
That was big (or big-in-nature) words…  Relax, it will all come up on the final test.

So I have been working from home since March 19, 2020 and the number of miles I have put on one car and the number of wrench time I have put on the one that hasn’t moved further than three feet in seven years serves it that I don’t even WANT to go back to the office.
But I am bored.
Apart from spending a week at a time cooking up 1k-3k words a week to grip five people in my mania here, I find myself looking for ways to entertain myself in my daily motions, even when those “motions” don’t involve venturing further than the driveway.

Although vaccines are slowly opening outside, we’re still healthily scared of the stupidity of people because we’ve been paying attention to America since someone whose name we will not say aloud decided to run for president and won.

That means I need to turn to in-the-house activities to entertain myself these days.  FaceBook is the best means of doing so.
In singler (“more single”?  I dunno) days, I might turn to flirting up some rando in a far enough away place to not have to worry about ever running into her, then disappearing.  I don’t have time for shit like that these days though.

FB has started back putting public posts that a friend has commented on in my news feed and I have not yet found the privacy setting to stop that shit from taking place.  I have noticed how many of my friends – some even married – are QUICK to comment up a thirst trap picture with all kinds of unnecessary attention.
“Not your business, Phlip, just keep scrolling” right?
Nah™…
I’m not so inclined to blame people for enjoying sexy pictures of possibly pretty women (filters and image manipulation ARE a thing); I am married, not blind.  I really actually blame the poster of said images for attention seeking at the expense of those poor chuckleheads who think they will be the one of dozens in that comment section to win the prize of a response to “add me, beautiful.”  SO who, then, do I take my ire out on?

You already knew the answer to that.  My go-to these days is simple and short.  I keep it drafted in my email with the memes I will post for a quick copy/paste.

“★☆☆☆☆
Fucking bullshit, would not recommend”

Context.  Is.  NOTHING!
What I have noticed since I started taking this approach is that just as guaranteed it is that she will mostly ignore the dudes in her comment section and inbox, she WILL catch that comment and respond to argue about it.

Thirst Monger: “What is that supposed to mean?”

In fact, I have probably unsubscribed from the comment thread, so I will not get any notifications unless I have been tagged in a response.

Other commenter: “’fuck is wrong with dis n**ga?”

Thirst monger: “I don’t know what he think he is reviewing.  Something wrong with his ass.”

If I was more interested in actually engaging this shit or being inundated with the other comments, I may circle back and engage this shit but the fact of the matter is that my attention span is VERY short and I have probably moved on to a new victim before I’ve even had my next meal.

I swear, I’m glad I finally got my inbox privacy set up to where random people inboxing me with offers to meet and fight over my bullshit never actually falls under my eyesight.