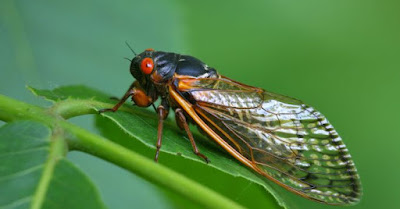 My brain is like a training exercise in just how much infinitely useless bullshit can fit into a tiny, tiny space.  I say that to say that I know a LOT about a LOT of things that do nothing in the interest in paying my bills.

[Phlip note: Speaking of bills…  Website renewal fees are next week Wednesday.  Anyone wanna pitch in?  The best nation is donation.  Please and thank you!]

Anyway…  I know a lot about a lot but one thing I cannot seem to avoid is unsolicited phone calls and, not those of the “extended car warranty” sort.
As ever, this week’s tale begins with a phone call.  This time it was from an international number…  This should be fun.

Caller: “You ask this every time you speak with one of us.”

Caller: “Well, sir…  I am the director of the International Supervillain’s Convention, and--…”

Me: “…  no go, I was on furlough when you called last year and was made of time over the summer.  Not so much this go-round.”

Caller: “We’re not calling for your participation this year.  Your use of the cicadas lastyear has us in a position where no one will compete if your name is on the roster.”

Caller: “Well as it were, one of this year’s competitors has asked to be placed into contact with you--…”

Me: “You mean like as a coach or something?”

Caller: “I was thinking ‘consultant’ but I am also not into sports.”

Me: “Nothing…  So what is the deal?  Know that you need to work this into my work and fathering schedule, as I am not free to roam about the world this go-round.”

Caller: “Oh, this year’s competition will be in the Southeastern US.”

Me: “Lemme guess; ‘Rona got the rest of the world so fucked up that you can’t get Americans in, even on the sneak tip.”

Me: “Hell, I bet even the competitors won’t even want to come into contact with Americans.”

Caller: “There were certainly concerns, have you been--…”

Me: “Look, I am getting TIRED of the rest of the world treating America like we all eat boogers because so many people here don’t know how to act and--…”

Caller: “Are you inoculated?”

Caller: “Have you received a Covid vaccine?”

Caller: “Then all will be fine, we’re requiring it.”

Caller: “You know the drill.  Undisclosable location, we will transport you there and make sure you’re home in time.”

Now I gotta explain to my wife how I am about to go away for a weekend, but not to torture anyone this time.  That part and knowing that they are requiring full vaccination this time around might be the only reason she allowed me to do this shit.  I probably should have explained that I am notoriously bad at this consulting shit.

Armed with the amount of paid leave time afforded for spending 14+ years with a company, I lit out early on Friday afternoon, she dropped me off at the liaison point to be picked up and blindfolded before transport to the “undisclosable” location.
I am not an idiot.  I know we were somewhere in the Appalachian mountains given the miniscule amount of time we were actually driving, the downswing in temperature over the course of the trip and the back-and-forth on the switchbacks on the way up, not to mention the laboring of the van’s engine.
Once at the location – which, as comes to new to me – a hollowed out arena under the mountains, I was introduced to my “client.”

Consult: “Your reputation precedes you.”

Consult: “Well I’m trying to get there myself.”

Me: “You want to be famous or infamous?”

Me: “A healthy smattering of sociopathy.”

What followed was him droning on for 25 minutes about his first and then his next most likely opponents, what he was able to glean from their backgrounds and habits.  What he lacked, however, was knowledge on how to exploit that information to sway the supervillain’s competition to his favor.
Frankly, this dude was WEAK.

Me: “I need you to get the best speakers in here that you can.”

Me: “Shutup…  You will need a Bluetooth receiver and someone to take your cue as to when to start up the sounds.”

Me: “Leave the small details to me.  You just get me the equipment I need.  These speakers can NOT be cheap.  I need decent lows and AMAZING mids and highs.”

Consult: “This is oddly specific.”

Me: “I am oddly meticulous.”

So here I am…  Somewhere within about two hundred miles from my house.  Shiiiid, I am practically at home.  I know the terrain and the wildlife, even if I can’t necessarily go outside and play.
So now it is Saturday morning, and time for competition is drawing near.

Consult: “I got the stuff you needed.”

Me: “Quick, have your assistant place them in hidden spots about the arena, get me the best acoustics possible.”

Two hours pass, it is go time…
This shit really is like the WWE.  They showed a montage including my win and my loss, then my other win as a throwback to past competitions.  The current competitors had their own intro videos and music.  My guy took second draw, which means we had to watch a match to begin.  Well…  HE watched, I took a nap.  We’ll call it chutzpah, I didn’t need to know what the first guys did because my plan was bulletproof.

I am shaken awake as the first matchup was ending.  It is time for us to go on.

Given that my guy was a rookie and the other had competed before, mine was to arrive to the square first.
I sat through one entrance song and video, then another…
I pulled out my phone and fiddled through the files, quickly bluetoothing it to the receiver and sound system.

With both of these unwitting geniuses centralized, the bars shot up from the floor, blocking them into a small cell.  Initially they seemed to think this would mean they had to duke it out and only the survivor would make it out.
Nah™…

This weekend was SUPPOSED to be the onset of the hatching of BILLIONS of the 17-year cicada brood…
I had spent the past several weeks thinking of how I could use this information to my advantage.  The issue at hand, though, is that it has been unseasonably cold in the southeast for the last couple of weeks and unfortunately that means the cicadas won’t quite yet hatch  and come out and sing their 120db mating song.
Add the above to the fact that I was not allowed to know exactly where I was, nor could I tip my plays to ANYONE in this building, less they snitch on me and we arrive to my next move.

This quickly-cobbled-together soundsystem was now blaring the cicada mating call as loud as I could make it throughout the arena.
I placed my phone in my pocket and stood up, smiling wryly.  The judges looked around and zeroed in on me, smiling themselves.  Spectators spoke into each other’s ears, ostensibly explaining to one another what had taken place last summer.
A runner went to the edge of the bars and ascertained that no one in the organization had arranged them.

On the screen, video of last year’s victim opponent shitting himself and eventually attempting to end himself while my cicada box did its thing.  My consult’s assistant stood with me, grabbed my hand and raised it.
It was rapidly becoming obvious what I was doing.  There is no way in hell I am going to be dragged to a supervillain’s convention and not play along.  These non-regional assholes don’t need to know that the cicada sound was not real, so long as they could be made to think it was long enough for me to claim victory.

One by one, camp by camp, the rest of the competitors quit.  I heard one say “I TOLD you I wasn’t trying it with him!”

My record is now three wins and one loss.  I didn’t even have to break a sweat this time.
I paid my consult’s now-former assistant a cut of the winning in exchange for the assist(s).