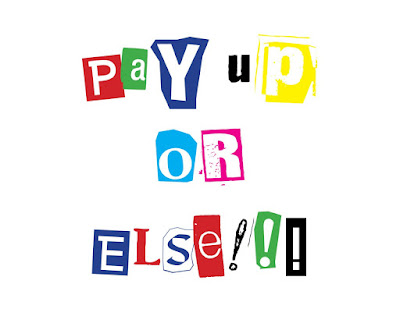 I love dogs…  To be completely honest, I enjoy doggies more than I do most people.  When out and about in the world, if I encounter someone with a dog I ask the owner if I can pet it, unless of course the dog decides to get close to me and be buddies.
It drives my wife nuts when I do this, but she knows I live to make new four-legged friends.  Our own dogs here at the house are spoiled rotten because of it.

This isn’t (directly) about that though.

This honestly starts about six weeks ago in early April.  The guy we’ve been paying to handle our lawn has been going through some things and had not yet gotten with us to start in on the yard and was already three weeks late, in addition to not having done the winter maintenance on the yard.  Wife person looks to me and asks “you think we should get a lawn mower again?” to which I excitedly exclaimed “fuuuck yeah!”
See, in 2018 I had a big little heart health scare that sat me in the hospital for a week and a half, coinciding with my old lawn mower having shit the bed not long before.  Given my situation having fallen the fux out at work, there would be no physical exertion until the cardiologist released me and that eventually morphed into “just let him keep doing it” rather than being bothered with replacing the mower.

If either of you knows anything about me and this yard in my past life, I was kind of obsessed.  Being put back in charge of it means there would be more than just cutting some grass taking place.  Unfortunately, the house next door has been empty in wait for new inhabitants for a few months now, and the neglect of THAT yard was worse than my own.  I went about the task of dethatching, overseeding, fertilizing and my own special treatment on my lawn and saw a quick (3 weeks) turnaround on it, much to my own liking.
But that empty house next door presents its own set of challenges.  How, you ask?
Well I can get the weeds and dandelions licked on my own property, but the seedheads upwind will find their way into adjacent yards and that was my issue.  Rather than treat a yard that I am not being paid to treat, I took to making sweet love to my own, which involves going out and manually pulling seedheads and throwing them in the garbage before they continue to replicate on into infinity.

So last week, Thursday morning on my 10am break, I stepped outside and went about the task of pulling up the dandelions in plans to come back out on lunch and cut the front yard and a gray panel sprinter van pulls up in front of the house and beckons for me to come closer.  I didn’t know if they were looking to ask if I knew anything about the house next door with the “for lease” sign in the yard or if they might be put on clientele as good as my yard is beginning to look.  Hell, it could be one of those unmarked Amazon or FedEx vans!

I walk over to the passenger side and the driver speaks lowly, and just as I am asking him to repeat, a youngish bulldog comes across the seat to play!
Well shiiiid, now I am in hog heaven!  She lets me scratch her little tummy and we're both loving it.  Now if not for my simple ass and my obsession with puppies, I might have noticed the driver side rear door closing and one of the other van inhabitants getting out of the van and grabbing me up into the now-opening rear passenger door with them as the van sped off.  I was quickly tied up and my head covered with a burlap bag, and my phone taken off of my hip.

After driving not far enough to make it out of the county, the van stopped and slowly pulled into a garage or building of some sort and I was unceremoniously escorted out of it and then tied to a chair.

Captor: “Don’t you start that shit!”

Captor: “Not my concern.”

Me: “Y’all gonna waterboard me?”

Captor: “This isn’t that kind of party.”

Captor: “You’ve seen too many movies.”

Captor: “We’re not worried about if you’re rich, so long as someone loves you enough to--…”

He was interrupted by his partner or someone slapping the shit out of him with what sounded like a bag of oranges or something.

Me: “Can I have my phone?  I wanna play words with friends”

I cleared my throat…

Me: “THIS IS THE SONG THAT DOESN’T END!!!
YES IT GOES ON AND ON MY FRIENDS!
SOME PEOPLE, STARTED SINGING IT NOT KNOWING WHAT IT WAS
AND THEY’LL CONTINUE SINGING IT FOREVER JUST BECAUSE!”

I don’t think I have ever told anyone this, but I can’t sing for shit.  Add in the fact that I have begun singing the song that never ends and I am kind of half being expecting them to renege on the waterboarding thing, if only in retaliation.

By now, I’ve lost track of time.  I am in the middle of the song when the cacophony is broken by the NBA on NBC theme music – also known as my ringtone.

Wife Person: “Where the hell are you!?”

Wife Person: “What do you mean you don’t know?  My aunt was coming to the house to pick up her candles and you’re supposed to be home working!”

Wife Person: “What?  WHO?!!?  And what the hell does a puppy have to do with you leaving the house with the door standing wide open!?”

Me: “I was in the yard on my break and then this van pulled up and they had a puppy and--…”

Wife Person: “…  AGAIN?!!?  Didn’t I tell you to stop getting into vans just because there is a puppy!?”

Kidnapper snatched the phone out of my hand.

Captor: “You have until 10:30pm eastern time to come up with ten thousand dollars if you ever want to see him alive again!”

He hung up the phone but – thank God he didn’t smash it because I can’t afford a new one right now – and now there is an eerie silence over the warehouse.

Me: “You should probably cut right to the chase.  Please just shoot me in the head, make it quick and painless.”

Me: “Well can I at least play with the puppy?”

Captor: “Don’t worry about that.”

Captor: “Maybe I should shoot you.”

Me: “Easier than blood from a turnip.”

Captor: “Do you EVER shut up?”

Me: “You know she ain’t paying right?”

Me: “If not for my obsession with the yard and puppies, my ass would have been inside the house, and then not in your van.”

Captor: “And that is enough to let you die?”

Captor: “What the hell?”

Me: “Right now she is letting it marinate.  She is in the ‘it’s above me now’ phase.”

Captor: “And how long does that last?”

Captor: “We have got to start vetting people better.”

Me: “So you’d do best to g’head and peel my cap now and get this done with, because--…”

Captor: “No blood, only money!”

Me: “Blood from a turnip.  Slide me against that wall over there, I’mma take a nap.”

Captor: “You can sleep at a time like this?”

Me: “Psht…  I’ve DONE worse to people than this little shit.”

They slid me over to the corner and I propped my head against the wall and started my nap.
I was sleeping quite well until I was awakened and the bag placed back over my head and I was shuffled back into the van.

Me: “So where the fuck you taking me?”

Me: “Shut it, the time to shoot was hours ago.”

Captor: “You want to test that theory?”

A few minutes later, I’m back in front of my house, the restraints are cut off of my wrists and feet and I am pushed out of the van into the grass.  Before I could get the bag off my head, the van had sped off.

It was dark, my phone’s battery was dead and I didn’t have my keys to the house.  The car was in the driveway, so Wife Person was for sure home.  I had no clue what time it was.
I just sat on the porch.  After about ten minutes of the dogs wilding out, the door opened…

Wife Person: “Were you ever going to ring the bell?”

Me: “You were just gonna let them smoke me?”

Wife Person: “You were coming home.”

Wife Person: “You always do…  Despite your own bullshit.”

And here I am, still trying to figure out what the hell it was about me specifically that made them kidnap me.  Hopefully I can find out one day.