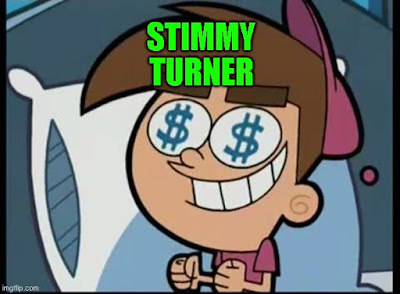 Despite roughly a year of shooting my shot, I am unfortunately still not rich…

The closest I have come was with my crypto bets, which if I had trusted more at the time, would have been more lucrative.  Who can forget when I was curb serving the city all the available Plan B back at Valentine's Day?  Beyond that, my lawn hustle is doing me pretty well.
Live and learn, I know.
I have been accosted by several police officers over the course of the ‘Rona year and I can only be thankful that the wife person was around to talk me out of an arrest or – more likely – roadside execution.

It’s been fun though.  I have been places (sort of) and met people (from six feet away) and somehow have come off with more money than I might have under other conditions.  Wait…  “somehow”?  There is no mystery involved.  I work from home, I am buying literally a third of the gas I would otherwise and I literally can’t go spending on outside the house things as I would if the year was normal.
…  oh and I got two raises.  Well, a raise and a half.

It comes down to late arriving ideas.  As I scroll my FaceBook feed, I noticed a few weeks ago women sharing pictures of men who are thick around the middle such as myself with tattoos and beards – both also such as myself – with all the emojis and such.  I ask “where were these women when I was single!?” and in one such post in a FB group mentioned that this just might be my chance to go through with starting the plus-sized male revue whenever the wife person and I trust outside enough to go back to Vegas.

One young lady was all support; “why wait for Vegas, is the market not right here in NC with you?”
Right she was.  What is lacking, though, is the conduit and ready-built facilities for such a thing.

What seems to be a common thing is that I tend to make more money at times when I HAVE more money.  I get a stimmy check and flip the part that I don’t spend or save.  I get a random blessing from some class action that I had forgotten about and buy a tool that eventually pays me.  I get a gift in my cashapp and since it was basically found money, I put it on Bitcoin in a dip and it explodes later.

I continue to use the craackheads for lawn work since the overhead is low.  I take the money I clear from THAT and put it into crypto while it is down.  When it climbs, I cash out and head to Vegas to make my money.  I use the money from my regular job to continue to pay my bills and make small improvements to my house to shore up the sale value ahead of our next move to sell it and move into something bigger, to match our increasingly luxurious lifestyle.
Sounds good right?
RIGHT?!!?

Well it seems as if God and John Q Law are reading this blog when people on my own FB timeline won’t, though I post it for them to do so every week…
So I go to lunch on Monday.  There is food in the house, but I need to go out to prepare for the week’s lawn jobs.  Two jobs lined up, so I will need two drug addicts and four dime rocks.  The old neighborhood is plenty close for me to slide by and cop the dope and have the people where I need them when I need them.
I drive up MLK and cross over into “the hood,” as one might call such a thing and it is a ghost town.  Having grown up in the neighborhood, I know that means that the jumpout boys are either in the area or have just been through and all the normal people walking the street are still spooked.  I cross over to the dope house and see from a block and a half away that it is the former, as there are FIVE unmarkeds sitting outside and three people ziptied hands behind their back on the curb.  Rather than be thought to be the snitch that set them up, I turned down another street to avoid passing by and being seen.

Shit….  NO dope, no crackheads…  I’mma have to cut these yards myself, it seems.  I prepared my attire and charged my big headphones for a long after-work day of work.
No sooner than I clock out of the 9-to-5 and load the mower and trimmer up to go, the fucking SKIES open up.
EACH DAY FOR THE FOLLOWING THREE DAYS.

Sure, there was plenty of time for me to cut my own yard, since the weather seems to respect business hours thereby allowing me the 45 minutes I need to do mine on my lunch break while still cockblocking the paying jobs.

So here I am…  A week out of a fake rehab stint, trying to keep my shit in the road and quite apparently victim to God’s divine sense of humor.