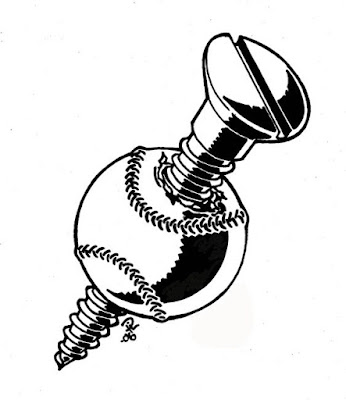 My city has a minor league baseball team…

Y’all know I fucking hate baseball, right?
Nevermind, I have spent enough time on my relationship with America’s former pastime.

Anyway, my city has a AA (or maybe AAA, IDK) baseball team.  As much as I dislike baseball as a sport – as in the television entertainment value is lacking HARD – my daughter enjoys going to the games, even though she needs me to explain the goings-on in the games.  She enjoys the atmosphere, the fact that there is a playground and that my employer comps me tickets to games and I invariably pick the Fireworks Fridays games.  Toss a couple of beers into the mix and I can make my way through nine innings.

One time last summer, though, this shit got SUPER lit.
Another thing my city has a lot of is young “gang” members
(Phlip note: quotations for ridicule, not for emphasis)
To be totally honest, even a tiny baseball park that doesn’t exactly seat a ton of people does a lot of community outreach and comps a TON of tickets to corporate sponsors and city-level groups.  So yeah, back to the gang members.  In the section to our left, just next to third base and far enough up to not be behind a net, there were about eight of them seated around each other.  All of them were all out of their seats and shit, pissing people off having to ask them to get out of their seats.  No fighting over the seats, these “thugs” finally settled on their spots and – get this – looked at the damn game.  There was the immature horseplay, but that might be expected with a group of people between 16-22ish.

“Aye man, that n**ga IS bangin’!”
“shut the fuck up, man, they just playin’ som gatdamn baseball”
“Nah, nah, nah n**ga.  Watch,’fo the pitcher throw the ball, the dude down there to catch it, watch his right hand in his lap!”
(all three of them at once) “AAAAAAWWWW, SHIT!!!”

Where the HELL are the ushers as these dudes are cussing the throwing n-words around all out loud and shit?  Also, more concerning than these guys cursing is their thinking the catcher is throwing gang signs from home plate.  No, not that he is using secret hand signals so that our home team’s coaches and players will not know what pitch is being thrown at them before it is too late.  They’re CLEARLY here to spread some out-of-town mayhem and collectively fuck their chances at one day playing in the majors.
…  because that TOTALLY makes sense, right?

This misplay in what is actually taking place is kind of scary when one stops to consider what happens when one gang thinks another set has decided to come and bang on their turf  Y’all DO know what gang members do when someone is infringing on their shit, right?  When I was young, there would be a fistfight but these young nigroes don’t have fathers or, apparently, uncles and can’t fight.

Hearing what was happening, I gathered up my 5-year-old and we moved closer to the exit and she watched the fireworks sitting on my shoulders and we scurried the fuck out of there as soon as possible.  Of course, while the fireworks are happening, the teams are in their respective clubhouses and showering before returning to team lodging or hopping on the bus and hitting the road.
More on that bus in just a second.

When we go to the games, I always park in a different spot downtown, usually about a quarter mile away and facing the direction of my house for ease of exit.
This night that was probably the best thing I could have done.  I saw the team buses to the right of the exit and the thugs standing next to a car in the paid parking area, like they were waiting on something.  I sped my scurry the fuck up and got in that car.  From just a couple or few blocks away, I hear things.  I heard two large buses crank.  I could hear when ONE of them began to move.
And then I heard screeching tires….
… and motherfucking gunshots.

What these jackasses neglected to notice as they stood for TEN FUCKING MINUTES were the police officers at three corners in plain eyeshot directing traffic and consider the inevitability of dozens more able to be on the scene in mere seconds from only four blocks south.  Buses headed west (down the hill), they head east (up it) and plan to swing a right going south, RIGHT past the police station and old and new jails.  Jackasses didn’t make it past Sycamore street.
I don’t often wake up and turn on the news on Saturday, but I did this time in hoping to see EXACTLY what kind of a statement they would have given over their foolywang.

I see the same people on my local news immediately upon wakeup every day, and never once before or since have I seen them laughing about a story they covered.  Apparently some of the people sitting around us heard their conversation and talked to the cops about it.  The cops basically played these geniuses as the smartest criminals they have ever encountered.  I still sit and think about it to this day and just fucking chuckle.  When I tell out of towners about it, they REFUSE to believe me
baseball drive by shootings gang signs gang violence life or death play ball true story