For the Love... Writing About Writing

When I was 12 and in seventh grade, my aunt came to visit my English class.  She was, unbeknownst to me until that class on that day, a published author and a good friend of my teacher whose name alcohol has erased from my 41 year old memory.  She spoke of a book she had recently written and was on the way to publishing that happened to be stories of my family and her and her siblings (including my own father) during their own upbringing.
These were stories I knew first hand, but the way she presented them made it so…  ENTERTAINING.  It was something completely new to me to see something so mundane as a story that every kid knows of what begat them presented in a manner that could hold the attention of 20 twelve year-olds.

I was hooked…
As a middle child, also-ran, “who is that guy” kid, I have always been used to things just being whatever they are and cruising through life without any specific dream other than “making it,” whatever that means.

I decided that, in spite of my circumstances.  Despite the shit that was ahead of me, up to and including that just 9 months prior that the brother of this same aunt and my mother were no longer to ever be a thing and the effects that would have on how I was to be raised that I had something I wanted to do.  On that fall day in 1991, I KNEW I wanted to write.  I wanted to write a book, I wanted to write stories, as a 1979-born consumer of most things hip hop, I might write rhymes and poems one day.

Fast forward to my late 20s/early 30s.  Blogging became a thing and I had a bit of an audience on MySpace, then here on this blog.  Rather than treating it as some kind of journal, I had an outlet to periodically show my chops for short story writing.  On MySpace, I had a new one up every month or so.  After getting my feet under me here, I upped that to every week on Thursday at 7:30am Eastern Time.  There were breaks in production to deal with life issues, broken relationships, financial issues and depression but I NEVER stopped creating, even if I was not sitting down and giving y’all 2000 words every Thursday.
…  I have also never made a dime doing it.
I write because I LOVE creating.  It is one of four things I can truly say I know I do well.  Ask anyone who has seen me shoot a basketball or drive a really fast car REALLY fast about some of the others.  I have maintained this blog in current form for, umm…  11 years, and have monetized it with ads that have paid me approximately $27 dollars to date.  I moved to my own URL 4 years ago and I pay about $13 a year for it.  The only cash I have taken in to date was someone who mutually believed in me as I did him and threw me $100 bucks four years ago while I was still at one of my lowest points personally, and a $5 I received on Thursday.
If we consider what I make an hour (above average for where I live and my education level), even with the $105 I have banked in four years, I PAY to write.  In fewer words and with less necessary explanation, that is to say that I plug a few thousand words a week into a webpage because the fuck I love doing it.  I have written a novel I cannot currently afford to publish because I love writing.  I have what is effectively an ongoing indefinite book that I add to every Thursday here because I love it.

It remains, 29 years later, that the only thing I have considered a “dream” job is writing for money.  And I do everything…  I write stories, I have written and will write books.  I can write poems and rhymes.  Shit, I even taught myself Ableton Live and Magix Soudforge to make beats!

Back to the beginning…  Writing is my love and the only real dream I have had since it became obvious that my height would begin with “5” and basketball was not to be an option.
“Do something you love and you will never work a day in your life” is the saying, but “starving artist” is still a thing and people who were raised like I was have nothing invested in going back to “one pair of shoes and sharing clothes with a sibling” living.
I rather prefer a life where I – and can afford to – pay to write than one where I am forced to write for peanuts.  That said, I will continue to seek normalcy through continuing to write as much as my life allows me to, even if I continue to need to seek other means to feed myself and afford alcohol while doing so.  I continue to do it because it is something I enjoy doing, and because THIS time I married someone who enjoys the me that exercises my creative outlet instead of viewing it as "some stupid thing" I happen to enjoy doing.

If you have it on your heart to put in on the movement, be it for website fees or toward publishing that 2012 novel… 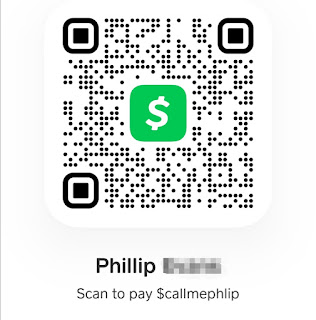 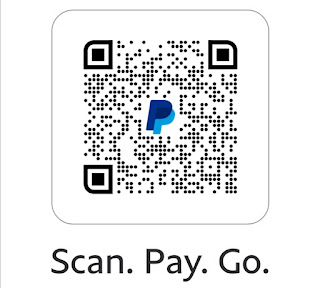