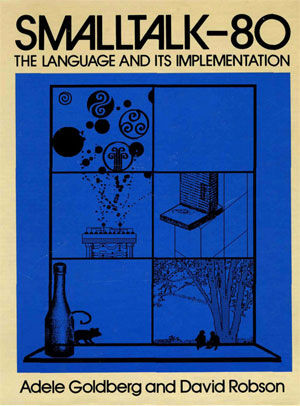 There’s some things that kids these days will never have to grow to understand.


That last one is where we start off today…

On the city bus in anytown USA, size bedamned, you’re bound to encounter a ton of what one could refer to as, umm…  “Characters.”  In the late 90s/early 00s, the ubiquitousness of available digital media players was not NEAR what it is now.  If you wanted to have some portable music, you needed a small CD player and some EXPENSIVE-ass headphones.  Needless to say, a dude who is only on the bus because he cannot yet afford reliable transportation is not likely to be able to afford luxuries such as music.  I was good if I had a book in my hands as I sat on the back of the bus.
[Phlip Note: spare me the Rosa Parks talk.  The seats are bigger and more comfortable back there]
That said, I was FREQUENTLY captive audience to the above-named characters on the bus.

With all that front of mind, I have learned in my adult life to DETEST smalltalk.
Unless, of course, it is to be used for my own entertainment.

As I eventually increased my intake and could travel some, I learned that public transit in larger cities was much better than my own city, itself the 66th largest in the United States.  Understanding that Google Maps did not yet exist because there was no such thing as Google when it came to my little Nokia 8265, it made more sense as an out-of-towner to learn to use the bus/train systems in places like Atlanta and Vegas.
But as bad as the homelesses are (or were) in little Greensboro NC, the ones in legitimately large cities are comparatively EPIC.  Locals know how to ignore that shit, and therefore can sniff out a visitor, if their non-regional dialect and clothing didn’t give it away.

It would always start with a “where ya from?” and devolve into a conversation that clearly demonstrates that they were never told or didn’t internalize that North and South Carolina are two different states.  Next was discussion of Andy Griffith, incredulousness at things like international airports, indoor plumbing and actual CITIES instead of an interconnected series of farms with pigs wandering into the dirt roads.
I say that to say that people who only know what they know are generally INFURIATING to have to talk to, especially when the conversation is unsolicited.

I developed a system…

Nowadays when I go out of town, ESPECIALLY to places like Vegas, I ride the bus because it makes more sense especially for drinkers such as myself.  Since nearly nobody IN Vegas is FROM Vegas, the “where you from?” is a normal conversation starter.  The problem is that unless those people are ALSO from NC, then the level of smalltalk that I have spent years growing to hate usually still – yes, in 2020 people still don’t know a fucking thing – comes up.

[Phlip note: there is a “Beaufort” in North AND South Carolina.  They are spelled the same, pronounced differently and are six hours apart along the Atlantic coast]

[Phlip note: fun with geography edition…  Each is 3.5hr from me, because of where I live, but 6 from each other.  I have told this man nothing.]

…  time to cut this motherfucker loose…

Me: “I look around for open houses for sale.  I arrive early as possible and strip down to my skivvies, slather my entire exposed body with butter and pose on the kitchen island like a thanksgiving turkey.”
“Um…  Wow.”
Me: “It’s crazy, really…  This old white couple paid my rent for 8 months just to come by and do that in THEIR kitchen once a week this one time.“
“Are you really being serious right now?”

Bear in mind, I have spent LITERALLY years perfecting my deadpan JUST for moments like this.  Needless to say, they got the fuck off that bus and I would infer they chose to wait for the next one.

That is but an example of the shit I have unleashed on people to get them to stop talking to me.  I have spouted off random facts about serial killers, prattled on and on and on about James Bond (ß  did that rhyme?).  OH, there was the time that I got a wrong number call and the caller didn’t realize that I was not the individual they thought they were calling.  Odd, because I have a distinctively weird voice to begin with.

Me: “Hello?”
“What’s up dude?”
Me: “Coolin’ man, what’s good with you?”
“Shiid, chilin’.  Just got off work and trying to see what’s on for the night.”
Me: “Still trying to decide.”
“Word?  Between what and what?”
Me: “Well first I was reading about this midget badminton tournament--…”
“…  nigga WHAT?!!?”
Me: “oh, I’m sorry…  ‘LITTLE PEOPLE’ badminton tournament, and--…”
“No, wait--…”
Me: “…  yeah, so it was either the badminton tournament or we were gonna get up with some chicks and--…”
“YEAH, that’s what I’m on right there.”
Me: “Yeah, we were gonna get up with them and conjugate some verbs, or maybe--…”
“Conjure what!?”
Me: “Stop cutting me off, we was gon’ conjugate some verbs or maybe play a game or three of backgammon and drink lukewarm kombucha.”
“Wait…  is this Solomon?”
Me: “Nah…  Moe Phillips, but you seemed so interest in what I had going on this weekend and I was excited to share so--…”

This motherfucker hung up on me!  I’d have called him back if I was not so against talking on the damn phone anyway.  I really only answered because I was bored.

Recently in the grocery store, I was approached by a woman and asked about the mask I was wearing.  My mother made it from Crown Royal bags as a testament to the fact that I probably drink too much.

“Heh, that mask is crazy.”
Me: “Thanks”
“You made it?”
Me: “Nah, moms did it.”
“Word”
Me: “My talents are different”
“Oh?”
Me: “Yeah, I am a designer dog breeder.”
“Like a teacup--…”
Me: “HELL no.”
“Oh, then what kind?”
Me: “See, first I went on Craigslist and bought a papered Jack Russell boy and a papered Pit Bull girl.”
“…”
Me: “Then I got with friends and family strategically about the country and each one did the same.”
“Wow”
Me: “We raise the puppies together so they don’t get aggressive to one another.  Once the girl goes into heat, nature do what it do.”
“This is crazy”
Me: “Ain’t it!?  SO anyway.  After each litter, we rotate our boys clockwise.”
“Huh?”
Me: “The one in Virginia comes to me, mine goes to South Carolina, South Carolina to Tennessee, Tennessee to Houston, Houston to Vegas, Vegas to Cali.  We keep a rotation.”
“But why?”
Me: “To prevent inbreeding.  See, when the puppies come of age, everyone in driving distance meets up with the person counter clockwise from THEM and breeds the offspring.”
“But--…”
Me: “Boom, a couple of rounds on the carousel and we have a designer dog breed.”
“And what do you call this?”
Me: “Bull Jacks?  Jack Bull?”
“You’re insane.”
Me: “Sheeit, so are these dogs!”
“I gotta go.”
Me: “Aight, you be easy.”

And like that, she skee-fuckin-daddled away from me.  I couldn’t see her face behind the mask, but what was under that sundress was a nice addition to my afternoon.
[Phlip note: perhaps I should CONSIDER this dog breeding thing.  Figure me and the boys could make like $500 a dog]

These days my position in the world affords me consistent transportation and I tend to either be with my wife and kids or my big headphones when I might encounter people, so my need for defensive smalltalk has dwindled to near nothing.  I use the comments sections on unsuspecting public posts on FB to keep my tools sharpened with some good ol non-sequitur fuckery during the times I am not in FB jail behind something I may have or not done or said.  Those of you who follow me there know the shit I do.

I am really more or less waiting for the world to open back up a bit so I can RANDOMLY adventure out and unleash some of what I have been practicing since I don’t leave my house much these days.  You can be assured that when I do, you’ll all be the first to know.
defense distraction entertainment Moe Phillips public transit smalltalk travel true story vegas