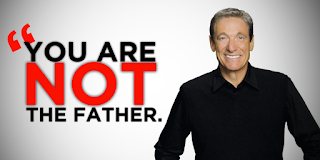 I was in Vietnam.

No, seriously, I was IN Vietnam!  Read about it here and here, then come back and we will continue…

The funniest of shit has happened since I have been home during this whole Rona situation…
I sit and watch Maury every morning at 11 and then again every afternoon at 5, just to make sure people are still living more shittily than I am.

One day a couple of weeks ago, just as it was going off and my lunch break was beginning, my wife was away at a meeting at her school.  I threw on some shoes and set out to grab some Jamaican food for lunch, a Lyft stops in front of my house and blocks my departure.
I hop out of the car prepared to throw hands in the street, and a guy jumps out of the car and yells “FATHER!!!”

Now, a perhaps few of you know that I spent some of my 20s doing some bald-head-hoe shit, so the fact that something like this has not happened by now lands somewhere between being a surprise and of validation that it just ain’t gonna happen.

Given the non-regional dialect and outfit of this individual, and the smirky amusement on the face of the Lyft driver’s face, I knew some shit was afoot and I should think about taking this situation seriously and quelling it before my wife returned to the house.
I would delay my lunch.

This guy bid the driver adieu and I grabbed a couple of lawn chairs for us to sit and talk.  Don’t get it fucked up, it is still Rona out here in these streets and I ain’t bringing strangers inside of my house.

Him: “Please excuse my English, the only of your language my people know is what you taught us before you were taken--…”

Him: “Yes.  Mother says that during the American war, you and two other men came in and--…”

Me: “Me and three others, one died as soon as we arrived.”

Him: “Sorry.  So you and the other men came in, but the two that came in with you left…”

Me: “Shit, your people treated me better then than my own even do now!”

Him: “But you have this nice house in this nice city?”

Him: “Yes, you were a very funny man and treated everyone so fairly that they made you king.”

He paused, a look of embarrassment on his face.

Me: “I know.  Sometimes women would come to my quarters just for a chance at the king.  You did nothing wrong.”

Me: “So I am gathering that your mother was one of those ladies.”

Him: “Please, my mom was not normally a ‘comfort woman’ but says that she had never seen a brown man before and was curious.”

Me: “Do you have a picture of your mother?  Where is she now?”

Him: “Mom passed away after I completed university.  I do have a picture in my bag.”

He took out an old polaroid and showed it to me.

Me: “So listen…  I can clearly see that you’re mixed with something and you’re clearly now an adult.  There is little I can do at this point--…”

Him: “I’m not here to ask for anything.  They raised me as a prince in the village and I want for nothing.  I just wanted to meet my father.”

Me: “Well look, I need to secure a meal and get back to work in a very few minutes here.  Where are you staying while you’re in town?”

Him: “At a hotel near the airport.”

Me: “Well I will bounce this off of my wife and we will have you over for dinner one day before you return home.”

…  I didn’t get my damn Jamaican food that day.

When the wife person returned home three hours later, I explained to her what had happened right after she left the house.  Through the laughter at another in a long list of “shit that could only happen to Phillip” she was on board with inviting my “son” over for dinner, THAT night.  She made the phone call.

Over the course of the day, I prepped the food to make salmon patties, sautéed cabbage and baked mac and cheese.  At 5pm sharp, he arrived to the house and sat on the couch conversing with the wife and playing with the dogs while she showed him pictures of his sisters, age 9 and 22.

I mentioned that we watch Maury EVERY day at 5pm, right?  Today’s episode was a paternity test episode.  My wife explained to him that parentage is a contentious issue in the states to the point where sometimes people will attempt to place the paternity and all of its (expen$ive) responsibilities on the first person who can be stuck with it.  That said, sometimes people wind up in court – or worse on a tabloid talk show – to hammer out the reality in extremely messy fashion.  Even NON contentious paternity cases out in the real world sometimes involve DNA testing to properly determine paternity.

An hour of “you are/are NOT the father!” while I prepared dinner was quite apparently excruciating to this gentleman.  It was rightfully foreign that people would be so shitty to one another over something like an innocent baby.  The taunting and dancing, the wanton assaults, the Olympic-speed running in embarrassment when the results didn’t match expectations.  This is the kind of shit I tune in for, given the lack of such fuckery in my own life.

Dinner completed, we ate and thanked him for coming into our home.  It was Wednesday and he was to return home on Friday.   We exchanged contact information and vowed to keep in touch and perhaps attempt to visit the village whenever the world opened back up and we could again justify international travel and bid my “son” adieu.

This past Friday, in the midst of a ton of bullshit political mailers was a hand-addressed envelope in a language I do not understand.
I opened it…

I am thankful for the hospitality of you and your wife during my visit to America.  I feel your offer to stay in touch is earnest, but after watching your Maury Povich show with you where people were so ugly to one another, I am not sure I would want to be put through something like that just to be sure I am really your child.”

Ho. Lee. Shit.
My ten-hour-a-week Maury habit potentially saved me from having to enter myself into the rest of my adulthood cleaning up just the kind of shit I see on Maury every day. 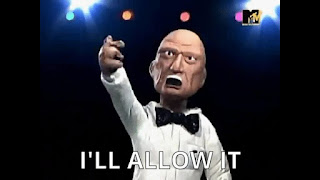