True Story©… Used to Be the Man 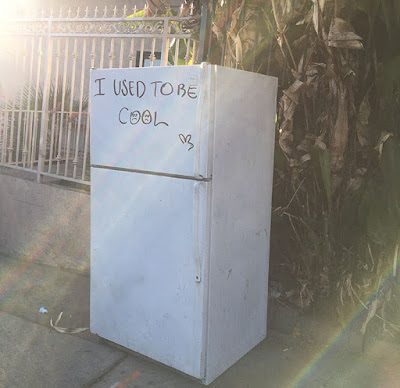 I’m a pretty unmistakable guy.  Even in public in a mask, people can usually tell who I am from sight distance.  My walk, my watch, my hair – even my beard poking out the sides and bottom of the mask.  Add the whimsy of the mask itself and people tend to recognize me when they see me out.
Even when I wish I had been able to hide from them.

After the Rona scare where I was miraculously the only one who didn’t get it, we came to the family decision that of anyone was to venture out for sundries, I would be sacrificed the one to do it.  Still no wanton browsing, digging around in the mall for bullshit and my Hot Wheels searching field trips are usually baked into Wal Mart and Dollar General runs.

This story isn’t directly about that…

Recently, on one of those early-morning – I had to learn to go to the grocery store at 7am when y’all started wilding over fucking toilet paper in April – runs to Food Lion down near the house for coffee creamer and toilet paper (ß for the first time since April actually) before coming back to the house to start work promptly at 7:57am, I heard someone calling me from the other end of the aisle.
“Phil…  PHIL!”
Those that know me closest know how much I detest being called “Phil,” enough so that that address me by my whole first name or my nickname.  Given it was 7am, I had not looked back to see who it was, I did the “determined shopper” thing to act like I just hadn’t heard him and turned left at the end of the aisle to go get my creamer.

That wouldn’t be enough though.  Coming from the dairy section, I was face-to-face with an old high school acquaintance.  Y’all may remember him as the pyramid schemer from a while ago and now more than ever I wished I had gone to the Wal Mart across the street instead of to this particular store.

Him: “I feel it.  I wanted to apologize for what happened at that church that night.”

Him: “You telling me.  I tried to call you but the number ain’t in service and your Facebook and IG were gone too?”

Me: “I lost a 20 year run of avoiding crazy-ass exes in a big way and had to get off social media and change my number.”

Him: “So what you doing these days?”

Me: “Same shit.  Working, staying safe in these Rona streets.”

Me: “Working…  Investing in stocks and crypto.”

Him: “Oh, okay.  So you don’t think you might be willing to give my opportunity from before a try?”

Him: “I know you good, but you ain’t trying to be great?”

Me: “Look.  My job pays me good money, time spent stuck in the house has taught me to turn my money over in the market without having to sell people anything.  I’m on the way to great.”

Him: “Well damn, maybe you could put me on.”

Just like in high school.  This motherfucker is a ton of talk and activity with little accomplishment to show for it.  He got sold into this bullshit and now wants to be walked out of it and into an easier solution.

Me: *looks at watch* “Look, I gotta get to the house and let my dogs out and get to work.”

Great.  I had successfully changed the subject without having to actually DO anything or even come clean that my phone number and social media have not changed other than blocking him from them.  My still-public Twitter exists to prove that part.  Shit, the same Google that has taught me to do the shit is available to him!  Damned copycats.

Generally, the anonymity provided from not being one of those “I was the man in high school” cats means that I can go through my life without really being seen by people who were there with me, even if they DO see me.  The problem is apparently when someone who should remember better than to think that I would fuck with them now 25 years later sees me as some kind of easy mark or something is bothersome.

I cut this dude loose much easier this time than I did last time.  Inevitably, I will see him again.  This city – while third largest in the state and 66th in the country – is by no means “little,” so I am sure our paths will cross.
When we do, and IF he tries me again, he meets Moe Phillips.