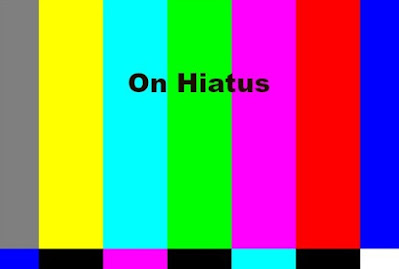 I don’t know if y’all noticed, but I been away since Christmas Eve.  Consistent output every Thursday morning at 7:30am with the exception of a reset week I took in October.
One could assign my disappearance to it being SATURDAY before I noticed that last Thursday was Thursday.  That would be too easy an explanation though.

In fact, that would be too convenient an explanation in a world where the randomest of shit happens to me every few damned days or so.

…  so it is the Sunday after Christmas.  I dropped my daughter off with her mother for the week.  I get a phone call, and y’all know I hate those with the burning passion that Mitch McConnell has for poor people.

Caller: “Gat-DAYUM, n**ga, don’t act so surprised to hear from me!”

Me: “It’s just that your calls usually precede an adventure.”

Marlon: “I know man, I’m legit sorry for that.”

Marlon: “What was what?”

Me: “I-I’ve…  Just never heard those words in that order from you.”

Marlon: “I had a death in the family and need to go to Alabama.”

Me: “I work for a living, dude, I ain’t driving you to Alabama.”

Marlon: “No, I need you to house sit for me while I am away.”

Me: “House sit?  Don’t you live in a townhouse with no lawn?”

Marlon: “Don’t you work from home now?  I thought I saw that on FaceBook.”

Me: “Stop changing the subject.”

Marlon: “I mean, you can bring your equipment and work out of my crib.”

Marlon: “Look, you gon do this shit or nah?”

Marlon: “Aight man…  I got another monkey.”

Marlon: “Look, I can’t afford to board him anyone that keeps monkeys.”

Me: “So you just want me to babysit a monkey I clearly told you not to get?”

Marlon: “She can come too!”

I could bore you to tears with the details of the rest of the conversation, but it included making him ask my wife for her permission, cashapp me the money for my gas and travel, AND prove to her that he was not going away to party.
I received a text with an obituary naming his mother as a relative for a funeral that would have him back on New Year’s Eve.  Showed it to the wife person and she nodded in it.  I packed up my work computer and router and pulled out for his place at 5:30 in the morning so I could arrive and get set up in time for work.

I set up shop in a corner of the dining room and hear some rustling in the den.  My job is pretty chill and easy to do, ESPECIALLY during the week of a holiday.  I went to the den to get SportsCenter on the TV for noise like I do at home and the monkey sees me.  It would stand to reason to me that a strange animal will cower from people that they do not know.  Even me, who dogs seem to love to get near and play with.  Now, it seems, this little monkey was added to that list.

Holy hell…  Is this my monkey?
I broke out the Google machine to learn that the average lifespan of one of them is thirteen years, convinced myself that while Ian’s age was at the time unknown and then broke out the abacus to figure that there was no way in hell that after a little while with me and three years with Marlon and his cousins that a monkey that was still this little could have been Ian.

I was busy working and shit and didn’t have time to think about that…  I finished my day, called my wife and dogs and then ate before drinking Marlon’s liquor and calling it a night.
Rinse, repeat on Wednesday night.  Thursday rolls around and was DEAD slow at work and I began to kind of stew over this situation.

Me: “Where the hell did this monkey come from?”

Me: “Is the pet store anywhere near the zoo where we--…”

Marlon: “You think this the little monkey that you had that time?”

Me: “If you don’t get rid of this it will turn into another one of your wild-ass adventures.”

Me: “Because that monkey is probably a son of Ian.”

Marlon: “How you figure?”

Me: “If you keep this monkey, do NOT call me about it.”

Me: “You really forgot the last time?”

I knew what the shit was about to happen, I was wasting my time continuing telling him NOT to keep the damn monkey and even moreso in telling him not to call me when the shit inevitably goes south.
This is Marlon we’re talking about here.

After what felt like two days because it WAS two days, Marlon has apparently completely forgotten everything he learned just two and a half years ago.  There was an Instagram live video titled “N**ga we got a monkey!” with random people blowing weed smoke in the monkey’s face and laughing about it.
My phone rings…

Me: “What issue would you like me to bail your ass out of?”

Marlon: “I’on know WHY I thought this shit would be different this time.”

Me: “I don’t know why either.  I mean damn, somebody could have warned you or something.”

Me: “No luck on CraigsList?”

Marlon: “Only tried that this morning.”

Me: “You want me to Google this shit for you, don’t you?”

Me: “I can’t be thinking everybody’s ways out of shit all the time.  And I legitimately told you I wasn’t involving myself in this.”

I kept an eye on the news to see some silly shit that would have resulted from the Instagram videos, like PETA being shown the video and finding and hunting Marlon and his cousins in the streets.

Nope™!
Marlon quite apparently comes from a long line of supergeniuses that, to date, has miraculously not been interrupted.  This means that people before and since him haven’t learned shit from fuck and shenanigans have followed the family for generations.

This matters because one of Marlon’s cousins decided that it was a good idea to buy a FEMALE monkey and, and I quote, “post videos of em fuckin’!”
Geniuses, I swear.  I also pray that the shop selling these monkeys are providing spay and neuter services.  Standard order of operations ensues…  Cousin comes home with ANOTHER monkey, Marlon is rightfully livid given having again to deal with the first one flinging shit at everything and worried that the new one will do the same without even realizing that the new monkey is of the opposite gender and just what that may mean for his house in the not-very-long run.

Me: “I been watching the videos on Insta.”

Me: “You need to kick your cousin out your crib.”

Marlon: “He is paying well enough to stay.”

Me: “And where the fuck are y’all getting money for monkeys from?”

Me: “Good bye Marlon.  Don’t call me back until you have figured this out.  Without me.”

I do not look forward to the next level of bullshit Marlon tries to drag me into.