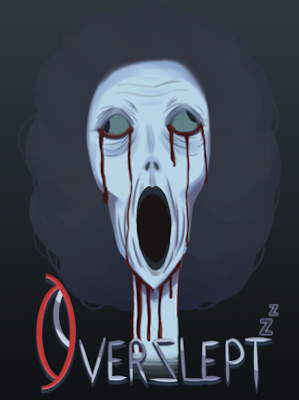 I am habitually on time…
No, seriously.  As a character trait, I am completely obsessed with punctuality and become visibly annoyed with people who are not.  Even before “work” was right here in my front room, I was 100% never that dude barreling across the parking lot at 7:56am trying to look like I was where I was supposed to be.
My will to be where I need to be when the hell I am supposed to be will usually override the natural human “hit the snooze” reflex.

Well for the last month and a half, I have been back on my gym bullshit.  That means that three days a week, my day begins at 5am and involves burning several hundred calories in the span of the 75 minutes gyms are allotting people due to local Rona ordinances.  With the coincidence of the spring solstice and Daylight Savings coinciding, I get two more hours of daylight with which to kill one of by burning a few hundred more calories in local parks or designated trail spaces.

I say all that to say that some days I am tired.  I am motivated by the apparent fact that it is all working, but I am fucking exhausted.  Sometimes I don’t even make it to my 10pm (11 on Wednesday) bedtime with my eyes open.
Some days I am so tired that I just have to hit that snooze and/or remind the wife person not to let me sleep past 7:30.  Sure, I know the puppy will wake me up before then, but it sounds cute to say when I am still technically asleep.

Well, the “puppy” will be a year old in ten days and is finally beginning to act like it sometimes.  This means that he usually stays asleep until lights come on and people start stirring in the front of the house.
Well on a particular day, shaggy boy decides he wanted to sleep in at the same time I had a moment of humanity and hit the snooze.  Or I thought I hit the snooze, apparently I had turned the sumbitch off.

7am rolls by.  7:30 “don’t let me…” breezes through.
Bear in mind this is a work morning.
7:45, no puppy.
7:50…  I gotta pee.
As a habit when I step out of the bathroom, I tap on the thermometer to prepare myself with the temperature in the house.  It also has the time on it.  Granted, that clock keeps poorer time than my watches and ESPECIALLY my computers so it has gotten about 4 minutes fast over the three years it has been in the house.
Well the time on the ol’ hallway thermometer read 7:56.  Back to me and being on time, I should inform y’all that my version of an 8am start time includes clocking in at 7:57.  Early enough to be in the spot and ready when it is time to be ready but still late enough to not have to reason with my manager about unapproved overtime.

I am in here thinking that it is already 7:57, even though an “awake” brain would know that it is actually about 7:53ish.
No coffee is made, the work PC is not logged in and ready, and let us not forget that Spectrum was trippin' last night so I may or not have internet when I get to the front room.
I panicked…

I run through the house buttass naked trying to make sure that the light on the front of my work router is the correct color, but my glasses were still on the nightstand and I was definitely not in the frame of mind to think about the three pairs in the side drawer of my desk or the four in the top drawer.
Naturally, what happens next?  That’s right, little shaggy Thunder wakes up and has to go shit immediately.  This isn’t a situation similar to the older dog, where I can stall him out 15-30 minutes and not worry about having to clean poo out of his crate, it requires immediate action.

Luckily, I am a “take your shoes off walking in the door” kind of person, so there is usually 3-5 pairs of sneakers right next to my desk not including my workout/running shoes.
I slipped on a pair and got the puppy out of the crate.  Leash on him and outside we go.  He was especially difficult this particular morning, requiring me to make use of the whole of mine and the vacant for-sale neighboring yard before finally deciding to stop and make his “deposit” between the yards in the back.  Crisis averted, I am not spending the first part of my day taking the bottom out of his crate and hosing it off outside.

Back in the house, I put my shorts on and then pour a cup of coffee and start watching SportsCenter – depite the dearth of interesting sports programming of late – and my phone rings.
It’s my brother.

Brother: “Well [friend from school] said she just drove past your house and yo’ ass was in the front yard walking your dog witcha dick out.”

… yeah, y’all read that right up there.  I said I put on my shorts AFTER I took the dog out.

Me: “Well in all fairness, I wasn’t ‘naked’ because I had on sneakers, my durag and a fitbit.”

Brother: “Yo ass is stupid.”

Brother: “What the fuck happened?”

Me: “Puppy was rushing me, I was literally a couple of minutes out of the bed.”

Brother: “You was drinking last night?”

Me: “Ain’t had a drop all month.  Worked out twice yesterday and stayed up late.”

Brother: “Well I just called to check up on you.  I know you hate talkin on the phone and shit.”

Me: “’preciate it.  I’m good, just tired as fuck.  Now I am hoping the cops don’t come to talk to me about this shit.”

Brother: “Yeah, you on one of the busiest streets on the east side.”

Me: “That and them motherfuckers STAY coming over here.”

With that, we ended our call and I have been watching this damned front window all morning waiting to see if the cops show up.
At least Wife Person is here as my designated adult to talk to them and keep my ass out of jail this time.