True Story©… We are (Apparently) Family? 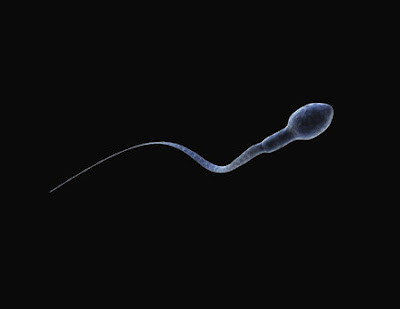 I don’t know if y’all know this but unless I have somewhere to be or something to do directly after work, I watch Maury Povich twice a day every weekday.  Everyone who has watched even one episode knows that Maury’s #1 draw is the paternity tests, complete with the “you are/NOT the father!” declarations.  Witnessing the embarrassment of others live on television is something I find entertaining, for better or worse.  We’ve discussed that before.

Of late – like, say, the last year or two – Maury’s show has been used as a natural “in” to sell up those ancestry DNA testing kits as well.  It is kind of a cruel sick joke that a show that has made their nut on embarrassing the shit out of people to be shilling “legitimate” DNA testing as well, but that is none of my business.
So one day last fall, Wife Person sees the ancestry DNA testing segment and says “we should order a kit!”  Without having the brainpower to ask why or even remember how horrible an idea this might be, my dumb ass says “I can log into my job’s discount portal, we get a good-ass deal on those.”

Again, before I could stop to think of how horrible an idea this is, I had logged into the portal and ordered the kit.

In all, the process was pretty simple.  Log in, order and pay for the kit and when it came we signed up on a website and then both swabbed our cheeks really good then sealed up the collection and sent it back in.  Then we wait…

We received notification that the collection had been received and processed and that we could log in on a website and view our ancestry profile showing our purported bloodlines.  With the selection of an option, we would also receive notifications of DNA matches for connections to known or unknown familial connections.

No, seriously, READ it.

See, I mentioned above how I am CURRENTLY aware that this undertaking was a bad idea, but I had no idea (or, as it were, recollection) as it was happening that I was playing with fire.
Put a pin in that, it will come back up on the final exam.

My results were unsurprising.  A lot of sub-Saharan African as already evidenced by my brown skin and the research done by an aunt in years past.  A bit of European and Native blood as evidenced by the pictures of my great-great grandparents on the hallway wall in my mom’s house.  Meh…  uneventful and non-salacious findings.  Nothing to see here.

Now we get to the DNA matches…
Wait!
You know those days where you go out into the world and your phone battery dies while you’re too far from the charger to plug it in?  While the battery is flat, the world around it doesn’t stop.  People still send you text messages, DM on social media platforms, notifications from activities on posts you made, emails, etc…  When your phone powers back on, there is this cacophonic maelstrom of notifications as SOON as the 4g and/or Wi-Fi logo populates in the corner of your screen.
Well when the DNA portion of the tests under our account came back, the notifications box from the website lit up like THAT.  For her, it was a mostly-expected (or already-known when unexpected) rush of cousins and such.  With me, it was children.
… and children…
… and still yet MORE children.

Wife Person: “What the FUCK, Phillip!?”

Wife Person: “This thing says you have 38 children!”

Wife Person: “Then where did all this other shit come from?”

Wife Person: “You can explain how you was fuckin’ so much you got 39 kids and only know about one?”

Wife Person: “What about that girl who tried to say her kid was your--…”

Me: “Aight…  So I’m 18…  19, maybe 20 years old I think.  I seen this ad in a magazine while I was riding the bus about getting paid to donate sperm.  A broke-ass college student, I knew I needed money and lord knows what person that age wouldn’t wanna get paid to beat off a couple times a week!?  I called the number and they brought me in for a little checkup and background check and they--…”

Me: “Heard that before…  I am not done.  So they do the health and background check for family history or whatever whatever.  Once that is done, they sign me up for a one-year contract and I have to come into the clinic every Monday and Friday for my donation.  If the specimen has a properly high count, then they paid me 75 a session.  Two sessions a week, 75 bucks per, four to five weeks a month for a year.  You do the math.”

Wife Person: “So you’re telling me that you-…”

Me: “Yes, for my second year in community college, I made six hundred to seven fifty a month selling bodily fluids.”

Wife Person: “You make that sound…  So…”

Me: “So here we are…  One year of my life, 52 weeks in that year and two donations a week.  There are potentially 104 kids out there in this world, multiple births notwithstanding.”

Wife Person: “I have questions.”

Me: “I still got the contract somewhere.  If anyone knocks on the door like my “son” did a few months ago, then we good.”

And “knock on the door” they did NOT.  It seems that most people seeking sperm donation do not do so in their own home community but rather go out of town to shirk the stigma of seeking a donation in the first place.
No, instead of coming to the house, they filled up our shared email box – the address we use for the bills and household stuff – with “are you my father?” and “DAAAAAAD!!!” messages.  Needless to say, despite having the paperwork to prove I was earnest in this all the way through, Wife Person was pissed with me and another of my “could only happen to Phillip” situations I cooked up from 20+ years in the past.
Almost makes me wish I had come up with Moe Phillips sooner than 2017.

The first few were fielded with grace and politeness, gently explaining what brought the situation to be, but grace can only be doled out so much before annoyance sets in.  She stopped responding personally and told me that as the architect of my own situation, I should be the one responding.
Needless to say, after having looked at a couple of my responses in the Sent Items folder, she was MORE nonplussed with my shenanigous dipshittery.  I invited a couple of them to go onto Maury Povich or Steve Wilkos to dispute adult paternity all while planning to keep the reason for said paternity in my pocket until AFTER the “you are the father” had been read.

It’s been a week and a half now and she still isn’t speaking to me.  I am starting to get worried.