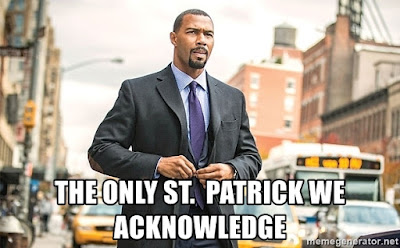 I will be 42 in about 3½ months…
I look back to things I did twenty years ago and shake my head so hard that my neck hurts.  It was legitimately NOTHING to get off work at 11 (or 1am), bolt home and wash the day off my ass and head back out until 4am, then reemerge at 7:30 in time for class to turn and do it all again.  Day of the week bedamned.  If it was a “thong contest” (ß yes, those were a thing in REGULAR clubs) on a Tuesday, me and the squad were there.  Party promoter needed someone he knew would get the place moving on a random-ass Thursday?  He would call one of us.
Needless to say, EVERY day between Tuesday and Saturday could easily become a party night until people started shooting INSIDE of clubs around 2003/04.

Thankfully, I outgrew that life and cannot remember the last time I was actually physically in a club (MJQ in Atlanta, September 2015).  What I do know, however, is that many of the promoters who were letting me and the boys bypass the line and get in free with no pat down are still promoting parties even now.  I can’t blame them since the money is still good even during Rona season.  Since we have apparently all gotten old together, we have gone from needing to bother with a phonecall, through two-way pagers, to text messages to now we just send a message or create an event on BookFace.
Streamlines the process of getting a party jumping amazingly.

What I have established there is that it is not outside of my overall wheelhouse to party my ass off on a Wednesday and be at work without issue in the morning on Thursday.  Especially when “work” is 6 steps away from this computer.  What I have also established is that I still possess the means to throw a party for all brave unvaccinated souls willing to chance it.

So I worked the social networks starting last Saturday, I found out who was going to be open last night for St. Patrick’s day for people to drink green beer and be weird for a few hours of their school night.  Luckily, yesterday also happened to be the day that a lot of people – not me of course – saw their stimmy hit their accounts as well.
I got with old friends and let each of them know I could get some people in their spot if they let me make an event on FB and direct the people to THEIR spot.  First response got my attention.

I created an event with the image that started this entry, and went on with silly shit about “Stimmy Turnup” and such.  People accepted the invite in SPADES.  Party was to start at ten with doors opening at nine.

So it’s Wednesday night, right?  I finish dinner and Jeopardy at 8.  I watch a few minutes of My 600-lb Life as is the Wednesday night norm in my house, then I gear up to leave at right around nine since the club is legit only 8 minutes away.  I go over to the club and make sure there are people in the line waiting to get in and there are.  I park around the corner and ease in the back door.
Instead of putting sports or something to put people in a party mood on the televisions, I kept it topical.
By the bar, I had the movie Leprechaun on repeat.  By the dance floor, Leprechaun in the Hood.  Common seating areas saw Leprechaun In Space.  VIP got Leprechaun Back 2 The Hood and people near the bathrooms got Leprechaun Origins.  If you have never seen a Leprechaun movie…  DON’T.

I wish I could tell you how this went over, because I was back in my car and in the house on the couch with my wife and the puppy without missing a SECOND of Snowfall at ten.  I made a point of deleting the event I had created and unfriending a few people to lessen the chance of any blowback on me for making people come out on a weeknight and PAY to be forced to watch the Leprechaun movies.  I watched Snowfall with my phone powered off and it lit up like a Christmas tree when I woke up this morning with text, FB messenger and voice messages.  I deleted them all and got everyone fed their breakfasts, walked the dogs and prepared for work.  I kind of hope everyone was excitedly contacting me to talk about the good time they had last night.