True Story© Life at the Drawing Board

I know, if you’re reading this now, you have likely been here for a great many of the past 7 and one half months of Thursdays and already knew this fact.  I am apparently pretty decent at this “fictional creativity” thing.  It is a nerve I have been actively scratching for over 10 years, verifiable from the blog attached to a MySpace account I have not logged into in years and continued right here on this one.  It has manifest one unpublished novel and dozens upon dozens of short stories.  One could go as far as to say that it is a dream job of mine that I have never managed to bring to fruition.

I am also an asshole…
I will have an idea for something and my sense of humor will send the whole thing on a hard fast left and I find myself in a spot that I might not have INTENDED to be in, but have to deal with culpability for creating for myself.
I was once contacted in response to one of my stories about possibly writing commercials for various brands…  “Shit!  This is the lick I been waiting for!” was my first thought.  The agency would bring me ideas that companies wanted to shill, but they would not tell me who the company was.  I had to come up with humorous commercials to sell the product and if the company picked up my ad, they would pay the advertising agency and I would get a check.

(Phlip note: I find things HILARIOUS that most people who are not close friends of mine are afraid to get caught laughing at)

First idea comes…
It is a car commercial for an apparently long-term reliable car that a family who will pass said car down to their newborn son when he is of legal driving age.
Fuck, I can do this and make it SUPER funny!

5ish year-old boy is loading things for college into the back of a hatchback and grows a year or so at every blink of the camera.

Husband (narrating): “we always knew our trusty [car] would be there for him some day…  We just didn’t know it would come so fast.”

Wife: “I am quite sure you heard me.”

Husband: “You really think this is a joke, don’t you?” 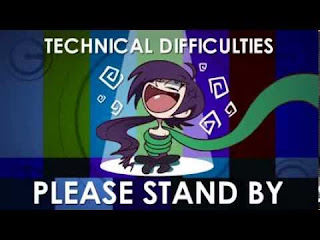 It was with the HIGHEST level of confidence in my comedic ability that I turned over this idea to the agency.  I was so confident and actually serious about it that I didn’t even bother signing off on it as Moe Phillips this time.  I just knew it was golden.  You have to know what I mean, I look on my work like “man, this is some funny shit…  If you don’t find it funny, it says more about your sense of humor than it does my own."

The response I got to this was SO incredibly angry and pointed in their rebuke of my brand of humor…  They basically told me to save my brand of sophomoric humor for a FaceBook page or tweeting for Donald Trump or something because things like I had presented had NO place expecting to ever be placed on national television in any prime advertising slot.
My feelings were so hurt by this response that I drank a whole 5th of Scotch the night I received the letter.

But I am determined...  I am sure that some combination of words and ideas on these pages (or somewhere else I contribute) will earn me my escape from the daily grind.
I am not quitting, I promise.
advertising failure life lessons television true story writing