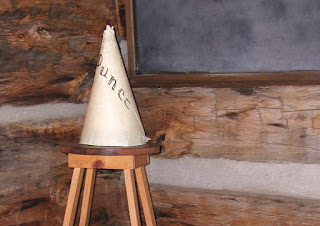 The year is 1989, I am ten…
It’s September, and school has been back in for roughly 4-5 weeks.  It is still technically summer, so my brother and I are making good on having learned to cut grass and my granny soliciting our services.  In late-80s money, this is still only $10 a yard to split between us and cover supplies, but it is money.  To 5th graders, a few yards on a Saturday is AMAZING money, plenty enough for candy and soda until the following weekend.

It’s a Big Daddy Thing came out on 09/19/1989, I remember being in Carolina Circle Mall and going into the record store and buying the album about two weeks later and listening to it CONSTANTLY from that moment on for months on end.  The next album I wanted enough to buy was Digital Underground’s Sex Packets and that didn’t come out until the following spring.

My issue here is that when I was young, albums had longevity.  An album would heat the streets for months – sometimes YEARS – before people just stopped listening.  How many summers did you hear everyone and their mother drive past you playing The Chronic?  What about The Purple Tape?  Snoop’s first album?
Singles would trickle out.  One would release just before the album (and would be available for sale by itself), then the album would come out.  Then you would see two or three more release from the album to continue promotion for at least a year.  Then the album would be allowed to go stale for the tour for a year and THAT wrap up just in time for the first single from the next album.

2017, though?  “Mixtapes,” the internet and short attention spans have fucked the whole show up.  An album is fully available on iTunes before the official street date.
[Note: I won’t even MENTION being giddy about street dates]
Once the wrong shady individual downloads, it is leaked back to the internet free of charge so quickly that the artist has no reason to want to release conventional singles so much as praying enough people buy their music to recoup.
This has effectively lessened the amount of time allowed to be hot.  Gone are the days where you had the hot album of the spring, summer AND fall.  Ushered in are the days where releases are called “leaks” and take place on Friday and really only matter for two weeks, three if you’re lucky.
No need to name names, but think of the progression of “hot” releases since the beginning of March alone.  Is anyone really riding around listening to, talking/posting about and making think pieces on them six WEEKS later, let alone six months?  Exactly.

I am beginning to feel like a curmudgeon.  My first real full time job was a retail job on which my manager granted me Tuesdays off knowing I would do the rounds of record stores and my barber.  None of my four preferred brick-and-mortar stores exist now, and I am so disinterested in MOST of the music that most consider “hot” now that I tend to avoid conversation to not come off as a hipster dick about everything.
I am fully in the try-before-you-buy mold now.  I will take the free download and pay for it when I like it.
Except for The Roots and Skyzoo, they can ALWAYS have my money.

I guess my issue is that we really DON’T have attention spans anymore.  I WANT great music that lasts a long time instead of being disposable to the point of being discarded and replaced every couple of weeks.


I hold out hope.  I share dope music with those in my circle, and inundate whomever gets in my car with whatever I am into at any given moment.
hip hop history music