Donny Got Barz©… The Recount 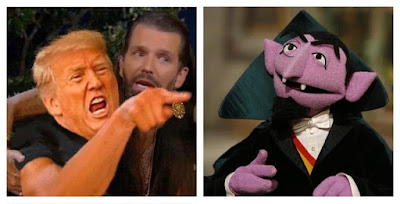 The man is clearly unhinged…
We watched and kept refreshing on our phones this past week/end in wait for the Associated Press to update the electoral count so we could know if we were in for another four years, or primed for a new regime.

Funny is how, during that time, he himself already claimed victory despite numbers first indicating nothing, and then trending the other direction hard and fast.
That would give way to WILD claims completely not rooted in anything nearing reality.

In the days since, we have seen those numbers continue to trend against him, and his response has not been to face the actual music, but to continue to create his own reality.
As entertaining as that may so have been, I luckily woke up before work yesterday and tuned into the special back channel Twitter feed to see if ol’ 45 had taken to his golden toilet sharpening up his battle raps in preparation for the next few months before the Secret Service has to physically remove him from the White House and hopefully crack him over the head with a MagLite.

I was not disappointed.  As expected, 71 million people’s president was still defiant with a quick 32.  I have documented my findings below. 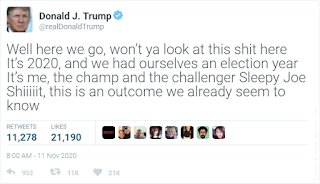 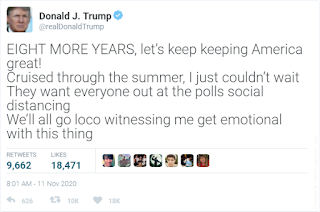 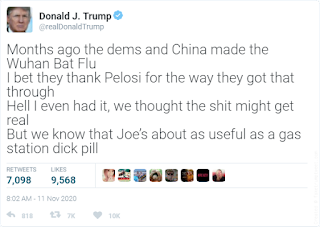 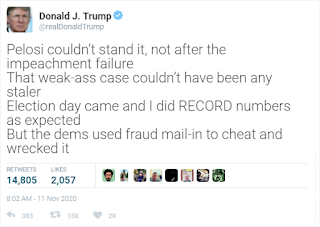 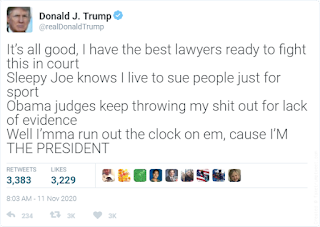 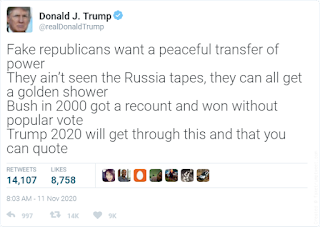 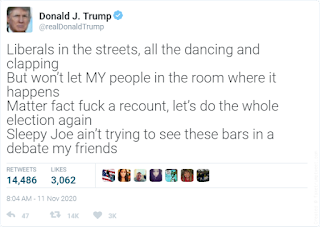 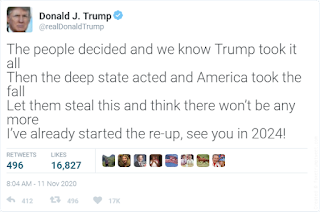 I can’t honestly say he has much of a career on the battle rap circuit, especially not before outside opens back up after this whole Rona thing.  He might need a better ghostwriter.  Even when it does, I can’t imagine him not having Secret Service save his ass every time he tries to battle.

I’d suggest “keep your day job, Donny” but I have this inkling that he is stalling this election thing so as to not speed along the inevitable revelation to the world that he is pretty shitty at that one too.
I’d almost feel sorry for the guy if not for schadenfreude.  Instead, I am entertained.