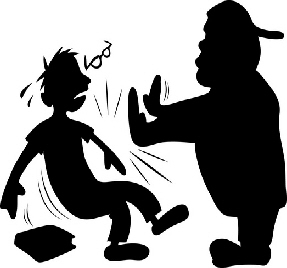 My wife is a saint…

I have been back to work since my six-week vacation ended after we escaped for my birthday and the 4th of July.  She planned that trip for my day, she made the best of it even though it mon-fucking-sooned the entire time we were in Wilmington.
Back home, we got ahead of what would be the school year for the littles even though we had no clue what a “school year” would look like.  This matters doubly when considering the fact that she herself is a teacher.

… and now her sainthood…

When school actually started back, everyone was virtual, so where when this fiasco all started, there was a chance that we might all be returning to an office in the late summer/early fall, or at least she would since my job can be done quite efficiently while watching the traffic go by the front of my house.  As it were, she opted to work consistently from the back in the guest room-turned-office because I type loud as fuck and often break into song and/or laughter.

When her mother was having problems consistently helping my late sister-in-law’s grandbaby with her schoolwork, my wife drafted me for a job I ain’t sign up for volunteered our space and time to help, since we already have one elementary schooler in the house anyway.

And that is where we arrive to where we are in this story…
I wake up every morning and make three breakfasts; I fine dice apples and sauté them in brown sugar and cinnamon before placing them into steel cut oats for the littles, I cook my wife whatever she chooses from the fridge, then I make an omelet for myself out of whatever protein I can chop up plus a ton of cheese.
Because everyone – students, teachers, bearded fatman product specialists – all benefit from a fresh hot breakfast to keep their focus.  I need to see people do well.

Phillip cooking a hot meal is “the new normal” and the girls – my daughter and my great-niece – benefit from it.  We are now months into this normal.
Children need the social aspect of their peers and having a near-age cousin in the house is good for them.  We have been at this for most of the since-summer time and they have magically not gotten tired of one another or had any real conflict.  Their only discipline has come at their own actions independent of one another.

Not to let y’all in on anything more than you need to know about me but I was, what people might call nowadays, “bullied” as a kid.  I was a chubby kid with glasses and never had the latest clothes or shoes.  No one ever put their hands on me twice, let’s get that part out of the way, but yeah…
To me, normalcy requires a bit of chaos.  Last Saturday (the 24st), I had an idea.

Me: “These girls aren’t being bullied in virtual school.”

Her: “Phillip what the fuck are you talking about?”

Me: “We have all the elements of school here.  A licensed teacher.  A cafeteria worker who cusses around kids, a--…”

Her: “Are you writing a story or something?”

Me: “Anyway…  This school is missing the necessity of conflict.”

Me: “A bully!  It is entirely too easy for these girls to wake up every morning, eat breakfast and go through a whole school day without a bully.”

Her: “Said that before.”

Me: “Anyway…  When the girls get back tomorrow, well when they wake up Monday, they will learn to deal with a schoolhouse bully.”

Her: “… because this is TOTALLY not a bad idea.”

Monday morning arrives, I wake up and it was go time…
Instead of gently shaking the kids to wake them and waiting patiently for them to amble slowly to the kitchen for breakfast, I turned the lights on, and began banging a tambourine until they woke with the most disgusted annoyed looks on their faces.  They got their chosen breakfast, because I don’t play about that.
For the rest of the day and week after it, I would randomly walk up to the girls and poke them on the shoulder.  I would stand over them literally three inches from their face, arms crossed and say nothing.  If they elbowed me off, I would loudly say “I’M NOT TOUCHING YOU!”  Whenever the puppy found one of them to play, I would take him away from them and scratch his tummy right in front of them but not let them touch him.

They were unbothered…
Apparently, being a 41 year-old, 240lb man who sometimes acts like a third grader is entertaining to ACTUAL third and fourth graders.  Day three of my shenanigous bullshit, they still laughed every time I did it.

One thing I learned about bullying is that it only works in the eyes of the bully if it is working.  Ask any of the ones who found out how “working” it was after they dared tried hitting me, or look how prodigious I am at fucking ignoring people now, about it.  If your subject is impervious to the onslaught, is there really an onslaught?

I shifted my focus.

I decided, instead, I would bully the teacher.

While she was talking, I had moved DIRECTLY next to her, my face three inches from hers and my arms crossed.

Her: “What the hell are you doing?”

Her: “You’re doing the bully thing on me now?”

Her: “Remember how you told me you handled your bullies?”

She gestured out with her elbow as if to back me off.

Before I could finish my statement, I had been punched in the face.

Her: “I would like cheese grits, and eggs with a little ham scrambled in it.  Please and thank you.”

She got her fucking breakfast.  I just hope nobody in New Orleans this week notices this shiner.
She’s lucky she didn’t break my new glasses.

Sometimes even saints gotta knuckle up.