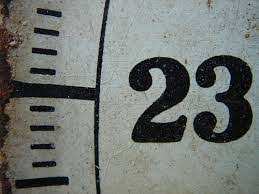 I walked into an NC DMV and got my no-longer-a-kid license.  The one with facial hair, a stamp that didn’t peg me for being under 18 and reflecting a height that reflected my last adolescent growth spurt.
I also registered to vote.

In the interceding 23 years, I have not missed one single opportunity to inform myself and vote in every single election.  I have avoided being arrested for or convicted of anything that would jeopardize my right to vote.  I avoided being less than informed on issues that would drive who I should vote for, even in a land before ubiquitous internetting and unsolicited (or solicited!) text messaging.  Every first Tuesday after the first Monday of every November, I got my ass up and went and participated.  When Early Voting became a thing in my mid-to-late 20s, I chose a favorite polling location – one alternative one now – and have not missed an opportunity to vote early since.

I have seen election seasons come and go.  Some saw desired outcomes, many have not.
“You can’t complain if you don’t vote,” they always said.
“Someone marched and some died so you could have this right,” they said.
No need to remind me.  I am 41…  Both of my grandfathers fought in wars for this country, then came home to a country they would not be allowed to vote in until my PARENTS were in 8th grade.

I’m fucking exhausted.
Every year, and ESPECIALLY since the dawn of the internet – we’ll call that the social media era especially – election season has become an annual exercise of shit-slinging, name-calling and general tribe division.  I have paid enough attention during my adult life to know that this is not new, but the internet is like money and alcohol in how much it amplifies things be it for better or worse.  More participation simply ups the ante.

By now, I have seen election season come and go 23 times, and I am TIRED of the name calling, of the back-and-forth, of the people who were on the wrong side of history acting as if nothing was wrong while heading right back down the same path, of people on the other side with the rampant “I told you so,” with the…  MESS of it all.
23 straight years now, a citizen in good standing, I have felt like a brown-skinned fool participating in this shit show, if only because I would feel like more of a brown skinned fool for not.
Every time, I walk out feeling dirtier than I did walking into it.

2016 and this past 5 days would be a cap on the above sentiment if I felt for a second that this wasn’t about to get a LOT dirtier between now and January.

I see people crying on election night, or as in the case of this year, several days later because 2020 has been a menagerie of a new “the 2020-est thing that could happen” every few days since March, and 5 days to tabulate the election falls under that easily.  I never felt that.  I was at the gym when 2008 was decided and snowed in my house on a random day off on inauguration the following January.  I’ve always been interested enough in it to pay some attention, but that is more to my interest in history than it is to some emotional attachment to political outcomes.
Perhaps I am jaded by my several-years exhaustion with it.

I kind of feel the two party system should be exploded and different people should be afforded the chance to ruin run the country.  Instead, we keep getting the same assholes who have been doing nothing since their 40s until they get a chance to do nothing as president, then retire with a guaranteed lifetime income and security detail.

Nevermind any of that.  I am fucking exhausted.
If I had known when I walked into the East Market St. DMV in the summer of 1997 what I know now, I might not have bothered with it.  “Might.”  I might not have bothered, but I probably would have.
Being American is kind of synonymous with being a glutton for punishment that almost all of us will be powerless to stop.

… so next year, I could be back screaming about how I am 24 years worth of tired of this shit.