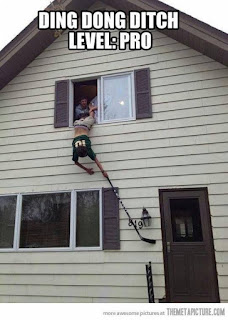 Welcome back…  We present all new from a new address that a couple of you have visited and gotten fitshaced drunk with me.  The other 5 weeks of my residence have been spent re-learning this as “home” and working to pay the bills in this place.

We closed on 10/20 and 10/22 (dateS plural, you know only if you’re connected to both me and wife person on the BookFace).
In the weeks since, I have been painting, heavy lifting, shutting the fuck up working hard at being the best daddy I can be to Ava in spite of the efforts of my ex wife a woman I had a wedding with one time.

What also transpired in these intervening weeks was our anniversary (11/09) and the now-biannual Thanksgiving beach trip,  I might explain that the Biannual trip used to not have a prefix, but I didn’t have a married-into family who was alive and active until I married an actual wife in 2018.

For the past few years, we lived in a house I’d bought in 2009…  It was the only home that my daughter and dogs had known.  As described in earlier post(s), it was small and getting smaller.  We moved to a 4br/3ba split-level at the end of October.

So here I am…  Squarely in the ‘burbs.  Still only 3.5mi from the old house, but somehow the same distance from downtown as well as both major highways passing through my city.  Weird, but I have worked hard enough to afford to say “fuck it.”
So threeish weeks ago was our anniversary.  We’d already planned to escape to Tennessee before we had a close OUT date on the old house or IN date on the new one.  Selling, then buying and furnishing a spot in the in-between were at the time unforeseen things, but they happened.  With some unforeseen on the part of the seller, we got in the house and onto our trip though.

One thing we have in the new house that I never bothered with in the old was a security system.  Everyone and their grandmama has a doorbell camera on their shit, but given that I never felt my shit was enough to warrant such things and then I was home from 03/19/2020 on, I never felt it necessary.
Now, however, I live with someone who refuses to quit in the face of even-sometimes sense and a security system was to be the lay of the land.

This time, though, it would come in handy…

While we were away, some neighborhood kids--…
WAIT!!!

You ever play ding-dong ditch as kids?  Some neighborhoods called it n**ga knocking, depending on who you grew up with.  You choose a house/neighborhood where someone would be home, but away from the door or asleep and you ring the doorbell or knock on the door and fuggin' BAIL before they get to it.  If you were especially good at it, there would be a flaming bag of dog shit waiting on them to try and stamp out in their house shoes or barefooted.
So…
While we were away…
My phone alerts me at 11:36pm that someone had rang the doorbell.  I’m 250 miles away with no reason to give a shit.  Amazon is not at my crib that time of day and the system is armed.
2:21, it rings again.
5:53, it rings again.
Make no mistakes, I hear the doorbell chime on the phone, and know that the system is armed until one of us disarms it.  As neither of us has been forewarned by the 20something that she will be accessing and thereby crashing at the house while we’re away and she has one of our dogs, we have not bothered disarming or reacting.

Until I got home…

Freshly in the house and with time to review the 30-second clips of the bastard children playing on my porch, I noticed that it was the same three kids.  Part of me remembers being 12 in North Greensboro, wandering around the neighborhood after my mom had gone to sleep.  We knocked on doors and fuckin bolted JUST far enough to see the porch light come on and hear the people cussing at the now-nobody who had done this to them.  Part of me laughed at the effort
… part of me…
There was another, MOST of me, though, who was concerned that these jackasses ignored the alarm system sign in the yard and the markings on the CAMERA doorbell to ring it and attempt to run away.  Did I mention above that anyone who my doorbell catches triggers a 30-second recording, even if they don’t actually ring the sumbitch?
Factor in night vision and the fact that these born-in-the-2010s missed the half of the lesson that involves COVERING YOUR FACE when you might be seen, I now have a record of who was on my porch and when.

No sweat…  Back at work the following Monday it is…  “Back at work” includes a view of my quiet street.  I see everyone that comes and goes, I see all the people walking their dogs and I see school buses ferrying kids to four different schools.
Wait…
Kids to schools.  These unseemly bastards are ding-dong-ditching houses they stand in front of every weekday?  There is a lot to said about the access these kids have, but an entirely DIFFERENT story to be told about the street smarts they DON’T have.

Monday, I noticed them out there.  Tuesday survived as confirmation that I had saw’n what I seen’t.  Wednesday, I woke up and hashed out a plan while I made my omelet.

Not to let you in on anything more than you need to know about me, but one of my nephews will confirm to you that I am the fastest most tireless fat dude that you could ever hope to regret having pissed off.
Rather than head downstairs to the home office after breakfast, I waited.  I waited behind my closed garage door.  I watched the wall clock for JUST before the bus came.  I opened the garage door and I STORMED out of it toward the bus stop with the offending idiots on it like I was a drunken crackhead.  Naturally, they ran for their lives instead of using the strength in numbers and fucking jumping me.
As we all sprinted down the street, the bus simply passed by behind us at the top of the block, in front of my house.  I heard it, I calmly stopped running and walked back to the house.  I closed the garage, went into the office and clocked in.

We good right?  Eye for an eye, right?
Nah™!  5:43pm comes through.  Said three bastards and two mothers are now ringing my motherfucking doorbell while I am trying to watch Maury.

Mother: “No fuck that…  Why the fuck you chasing my son making him miss the bus?”

Mother: “Yes, they said you bust out the garage like a madman and chased them right ‘fore the bus came, I had to take off my job and come take them to school!”

Me: “Well…  I’mma answer your question with a question.”

I stepped over to the recliner and picked up my phone.  Scrolled to the alarm system app and showed her the three clips of her son and his two friends gigglingly ringing my doorbell and darting off at a time of night that they SHOULD have been up and getting called the N-word on Call of Duty.

Me: “Now I would like to draw your attention to the timestamps on these, and--…”

She turned to her son with a look that I had not seen since just before I got a just-because tuneup ass beating back in the day while her son looked at his sneakers, his friends were much the same.

I have been away from my home overnight twice since this incident and not one time has anyone been seen on my doorbell camera at odd hours other than my own daughter.
Mission accomplished.