True Story ©… Do What You Do 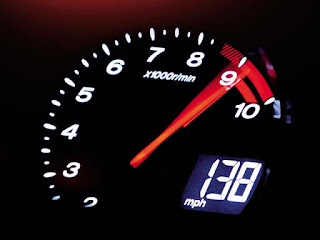 I like to think I am non-stop…
Despite not having really left my home for any real amount of time but twice in what is now six months, I still find myself doing things like visiting with my family and what have you.

I say that to say that encountering these humanoids is inevitable from time to time.

On the way home from one of my two excursions, and as SOON as I arrived back in my own county, some asshole on the highway probably fucking with his phone, swerved and cut me off, I had to brake and he basically kept pace with me so as to not have to look at my face as I passed by.
Now usually road rage is to be showered by the person who has been wronged, not the dude swerving all over the road trying to record a TikTok video.  I speed up, he speeds up to stay just far enough ahead to prevent me from getting by.  I try to change lanes to prepare to exit the highway, he continues his weird game of not having to ever actually face me…
… then he had to get off on the same exit as I was, turning in the same direction as I was.  My exit has three lanes, one to turn left and two to turn right.  The left turning lane feeds fast food places and leads directly into my neighborhood, so I always use that one.  He was in the right lane.  I looked across just to see what my would-be nemesis looked like.  He looked dead in my face, past my sleeping wife and flipped me off!

I tend to be drawn to infinitely small and otherwise useless details, and I might have had to skip over that to dwell on the temerity of this jackass cutting ME off, then taking to wily defensive tactics to avoid seeing me, only to HAVE to face me because he was on his way to work at a business that happens to be visible from my sister’s house, which happens to be less than two miles from me.  How do I know this?  Jackass had his work badge hanging from his rear view mirror.

I know what you’re thinking…  I follow him and reciprocate his road rage, create a whole big kerfuffle and eventually getting myself shot and killed by this dude.
No™.

I took a mental note of his place of employment, made note of the time of day and that he drove about halfway across the county.  I didn’t like get his tag numbers or anything, as I don’t have the resources to research who it belongs to.
But I had a plan.

Sunday, I had time.  No one on this planet would question why I was at my sister’s house, so I went and periodically stepped across the street where I could see Mr. Roadrage Jackass’ car in the parking lot of his employer and when it moved.  Approximately four hours after he arrived, he got in and went back toward the exit we used to get off of the highway and inferred that it was a lunch break, as he was right back in less than 15 minutes and sat in the car for another 15.
I went home to receive my daughter from my ex and we went back to my sister’s for dinner with my family, where we hung for a little while.  Again, I would periodically go out across the street and keep an eye on the car.  I was able to establish that he works eight hours with a half-hour lunch.
Monday, I structured my break and lunch schedule around casing to see if he worked the same schedule every day.  I used my wife’s car to be able to venture closer to the building to see what the surveillance situation was like over there.

Now I’m equipped with what I am pretty sure is his schedule (though I didn’t know the DAYS) and having checked where the windows on the building are and to be sure if there were any obvious cameras on the building and if so where they were located.
Tuesday rolls around, I do the fly-by thing to make sure the car is there and sure enough it was at the times I had observed from Sunday and Monday.

Wednesday morning, I moved my break and lunch times around to let my plan play itself out.  I drove past on my first break and sure enough the car was there.  On lunch – now positioned at a time of day AFTER her classwork was to be completed – I swung by my sister’s house wearing my running shoes.  My daughter and her cousin played with my sister’s dog while I “went for a quick lunch run.”  I walked the quarter mile this time, removed the valve from the stems on one of Mr. Roadrage’s tires long enough for the tire to go flat, watching over my shoulder for nosy onlookers or someone having seen something on a camera or from a window I had not accounted for.  It only took a few seconds for the tire to go flat, and I put the valve back in and then I SPRINTED back to my sister’s house where I collected the girls and we hopped in the car before coming back to my house.

[Phlip note: does this sound familiar yet? What about now?]

After feeding the wife and kids spaghetti and meatballs, I created a need to run out of the house for a couple of minutes.  Back to my sister’s I went.
I staked out a spot next to a dumpster waiting for my mark to come out of work.  Right after 7pm, sure enough he emerged from the building and walks over to his car and hops in and pulls off before noticing that the rear passenger-side tire was flat.  He got out to check it, opens the trunk and gets out the jack and four-way.
I waited.
Once he had the car in the jacked up and was tussling with the lugnuts, I sprung to action.  No one expects that something as mundane as a flat tire will result in some asshole in a mask hopping out from behind a dumpster and whipping them with a leather strap before they got a chance to see them coming.  That said, I was able to properly exact my OWN road rage after enough time to let the plan marinate.

Now I never claimed to be the fleetest afoot individual. I mean I weigh about 240 these days.  I mean, I am quick for my size, but my footspeed will never be described as “blazing,” but on this day – and leaning HEAVILY on the absolute SHOCK of my victim – I ran the fuck away at a rate of speed that might earn me a spot on an NFL roster if not for my age and asthma.  Add the headstart of having been the one who started on my feet, I easily got across the street and away without being caught.  Changed shirts at my sister’s and drove home untouched and vindicated.

A little later, the phone rings…

Sister: “Phillip cut the shit.  You came to my house twice today and came back within 5 minutes huffing and puffing.”

Sister: “I’ve run with you before, you’re in better shape than that.”

Sister: “You did more than running.”

Me: “Where is this coming from?”

Sister: “The cops are walking the neighborhood knocking on doors.”

Me: “So?  You’ve been working anyway.  You couldn't have made good on your promise to kill your husband.”

Sister: “You know the [redacted] place across 421 there?”

Sister: “Well apparently someone who works there was assaulted there about an hour ago with a belt or some shit.”

Sister: “Why is that funny?”

Sister: “Ha!  Well, the police say that whoever it was ran away from the parking lot across and into this neighborhood, so now they’re asking questions.”

Sister: “I told them I ain’t know shit and that my husband and son are both at work right now.”

Sister: “They just left, still going up the block.”

Me: “And nobody saw anything?”

Sister: “They say no witnesses, so they're asking if anyone knows anything.”

Me: “Nothing, apparently.  Bye, meanie!”

I spent the rest of the evening and will spend the rest of the day watching and reading the local news to see how they cover this bizarre assault in a community adjacent to my own.
Nothing yet though.