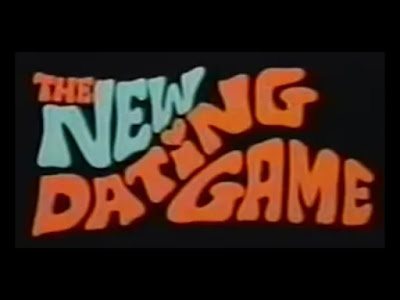 I don’t know how good y’all are with math but after splitting with my ex-wife someone I had a wedding with once, I became a single man.  Years removed from the old dating game (no pun intended), I was not prepared for a world wherein “dating apps” were a thing.  I mean, sure I had heard of them in the time I was off the market but the concept of being on one was foreign to me.
Foreign or no, they were a new reality that I had to learn to navigate and I gave it a go…
… and struck out…

No need to dig into the gory details of things, just know that re-entering that world from where I had been was like someone returning from a prison bid (pun intended).  You ever seen a dude come home from a few years in prison and not have a fucking clue on what the world had become while he was locked away?  He wants you to run him over to the Cingular store in the mall to get his Palm Treo reactivated and score a few Fubu outfits while you’re over there.
It’s 2022 for 2 more days, do you tell him that Palm, Cingular and shopping malls are no longer things and that Fubu barely is?
Damn, that was a hell of a lot for a simple-ass metaphor.  All to make the point that I was a captive animal being released into the wild.

So shit didn’t go well.  I spent time on the internets just kinda doing what shit do.  “Doing what shit do” was the order of the day until one day I happened upon a casting call ad for a “potential reboot of a well-known game show.”
Dealing with the fog that had been my life at the moment, I figured why not and threw my name in the pot and then damn near immediately got drunk and forgot about it.

Weeks later I receive a call inviting me to a test-of-concept taping, wherein we would be empaneled to play the game to be presented to networks to see if the people cutting checks would consider it viable enough to throw money at.

It was the Chuck Barris classic, The Dating Game, y’all!
When I first got there, I thought “didn’t they kill this forever when that dude conned his way on while in the middle of a serial killer spree?”
[link]
Of course, newly in this whole dating world that I was not built for based on prior information, I shut the fuck up and played.  Hell, maybe I will score a date off of this.

I suggest that if you don’t KNOW how The Dating Game goes, you go to YouTube now and find out.

So I’m behind the curtain, I am assigned “Bachelor #2,” meaning mathematically that I am answering second to every query presented.
To spare y’all the boringness of the other contestants because they are clearly not me and therefore less interesting already, we shall skip forward to the "me" part of questioning.

Bachelorette: “This next question is for bachelor number two.”

Bachelorette: “What is something dating-wise, that you reget or are ashamed of?”

Me: “And I don’t known sign language, but she assured me things would be okay until she taught me.  She could read lips though.”

Bachelorette: “How is this shameful?”

Me: “I was never able to get all the way *into* her as much as she was into me.  When she took it as far as to tell me she loved me, I was not able to lie to her but the sex was good though.”

Me: “So yeah, when she told me she loved me, I would say ‘olive juice,’ and I dunno if you know anything about reading lips, but--…”

Me: “So yeah, this would send her over the edge every time and this always earned me SUPER brownie points, if you smell what I’m stepping in.”

After a few minutes of pandemonium and laughter from the possessors of less-than-mature senses of humor among those in the “audience” and waiting for the room to regain composure, the host asked if she had any other questions…

Bachelorette: “Well after that, I don’t know that I should ask anymore, but now I’m curious.”

Bachelorette: “Okay then…  What is something you are embarrassed to admit?”

Me: “When I was young, I used to have a BAD stutter that lasted into early adulthood.”

Me: “Well…  One time I was on the way home from work, and I went to a Wendy’s drive thru for something quick to nibble on when I got to the house.”

Me: “Yeah…  Well when I get to the window and pay, they ask me to pull to a parking space to complete my order and I do so.  No worries, this just means I am getting fresher fries, right?”

Bachelorette: “Sure, but what does this have to do--…”

Me: “Well just as I looked at the receipt and see how much my card had been charged, THREE people with a wheely cart are walking up to my very small car with a LOT of food.”

Me: “I tell them that I need to see a manager because a grave mistake has been made.  Manager comes out and tells me that I had ordered forty-four four for four meals and that they figured I was buying food for like a group home or something so they didn’t question it.”

Me: “Yeah, so after 45 minutes of arguing over where inside of a Nissan 240SX I am supposed to transport 44 meals with drinks and when the hell I am going to be refunded, I wind up leaving the Wendy’s with no food at all.  From that night on, I worked NON STOP on defeating that stutter.”

Bachelorette: “This can’t be a True Story©”

Through the laughter of everyone in the room now, producers rushed the set and ended the test episode.  I was immediately ordered from the stage and given the stinkest of eyes from people who I had apparently just cost some money.
… and I ain’t e’em get no date off this shit!

Here we are…  Eight years removed, and apparently the concept for the New-New Dating Show was never proven, or perhaps my need to constantly be making shit up spoiled the waters for it.  My dating life took a turn for the better in the year or two following and then my wife and I became a thing, so one could say that I won out in the end.

Hollie said…
I love when you make me question the “reality” of your stories. I could literally picture you doing this!! I am aware I should know better but you write in a way that it seems entirely possible.
December 29, 2022 at 10:22 AM