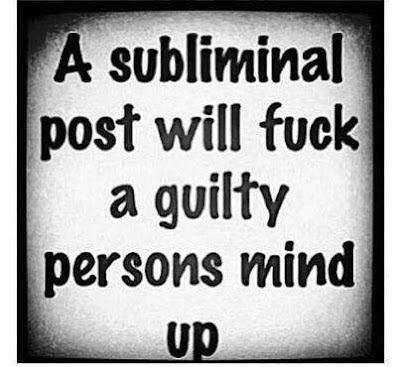 So check it…
Last month, my man Marlon came to visit for a weekend with the plan of mopping up behind an old conquest he had failed to take action on in the moment.  As it were, the--…  wait…
Read the damn story and come back.
Welcome back.

So anyway.  Anyone who knows anything about Greensboro knows that we are the 3rd largest city in NC and the 68th largest in the United States by population (links for reference/proof).  With that said, we are not the tiny little Podunk town that public schools in larger states and The Andy Griffith Show would have you believe we are.
Until it comes down to who is fuckin’ who.

If I never told y’all this, my True Story© is always rooted in things that actually happened.  Somewhere, somehow, some way.  I leave it up to you, dear reader, to decipher where in the presentation I might be pulling your leg – IF I am pulling your leg.
And that is the fun of it.
So as it happened, soon after I posted that story, I get basically assaulted in my FB inbox (screenshots withheld to maintain the anonymity of those involved) from a friend about who had been trying to fuck his wife…

Friend: “Yo”
Me: “Whatup?”
Friend: “That post you made a couple weeks ago…”
Me: “Um.  Specifics, please?”
Friend: “The one about your man Marlon coming in town”
Me: “Yeah, that guy.  Piece of work.”
Friend: “Who’s wife on your friends list was he trying to fuck?”
Me: “What?”
Friend: “I’m saying, I think someone is...
well…”
Me: “Get the fuck outta here, man!”
Friend: “I mean…  Her and I, we run in different and similar social circles so I don’t know where she is and what she is doing 100% of the time.  I dunno who I can really trust man.”
Me: “So lemme ask you this…  On/around the time I posted that story, did you lose sight of your wife only to stalk her iPhone locations and show up and try to fight?”
Friend: “No, but...”
Me: “Did you then get your ass whooped by club security before being out on your ass in the alley behind the place?”
Friend: “NEVER that!”
Me: “Then why in the hell are you in my inbox with this shit?”
Friend: “I’m just making sure all my bases are covered and shit.  I mean, maybe I did some dirt in the past but we said that was behind us and we getting through it.”

[Phlip note: that awkward moment when Marlon was apparently right about some shit]

Me: “So because you MIGHT have done some filthy shit and she says it has passed, you need to check up on her and make sure she ain’t getting her turn?”
Friend: “I guess so, yes.”
Me: “Have you stopped to consider how ‘behind us’ your fuckup apparently isn’t if you think this is the case?”
Friend: “Huh?”
Me: “Are you looking for a means to further fuck up or do you think she has not fully forgiven you?”
Friend: “Wow”
Me: “Exactly.  Your problem here is at home, not with Marlon.  I can tell you for fact that it wasn’t your wife’s gooey bits Marlon was trying to endeavor.”
Friend: “You can’t tell me who it was?”
Me: “Nope!”
Friend: “Not even a hint.”
Me: “People tell me shit because they know I ain’t telling nobody else.  I am not about to ruin that track record now.  It ain’t your wife, that is enough right there.”

Thankfully, the exchange was allowed to end there.
But the situation wouldn’t.

For the two of the past three weeks, their posts have been thinly (to me)-veiled subliminal charges at each other.  His about attention seeking women and those who would run to convenience instead of sticking it out with who they committed to and hers about insecure men who can never fully forgive themselves for shit and take it out on everyone around them.  It was WONDERFUL theater when you sprinkle in the “happily married”-type shit in between to front for those keeping score at home.

I am sitting here as I type this shit, SURE I could work this information and create a wholly fucked up series of events to run with this situation.  I SWEAR I wish this was with people I didn’t already know personally because this is something I will need Moe Phillips for.
Wait, no…  Discretion is the better part of valor, here.  I am going to leave this miserably-coexisting couple to immolate in their own lack of trust and sleep with a clear conscience this week.  I’m turning over a new leaf.
fallout I does this shit Marlon paranoia subliminal messages success true story