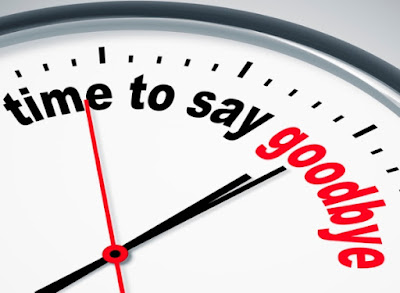 I had been called into a supervisor’s office and asked my honest opinion about the day to day operations in the department.  Pressed for my honest opinion, I gave it and some suggestions for opportunities for improvement with it.  Because, naturally, a problem without a solution is just a complaint.
Despite having asked for my opinion and received it quite professionally, the only response she would muster was – and I remember it like it was yesterday – “things just aren’t going to get any better.”

At that moment, I decided that I could no longer remain in that situation and began shopping my resume around the company for a situation that would not land me under one of those “well at least we have a job”-ass supervisors.
My problem was my effectiveness.  I can have a laundry list of complaints about something, but if it is what I am tasked with doing to be sure to it that my mortgage gets paid, then I am turning over GOD level work every time I clock in.  In such, she didn’t want to lose me.  Requests for transfer were filtered through and quashed.  A surefire interview for which I was the more qualified candidate happened and she helped the other person to that position.  SURE that I was being sabotaged from within, I began shopping my services outside of the company but nothing quite panned out.

Weeks, months, years passed and my misery at my situation was wearing on me.  Mentally and, as a result physically along with it.  My blood pressure went up and everything else got even worse.  I came home from my summer 2013 vacation and received my annual review and straight up laid it out that I didn’t feel I was receiving the best appreciation for or making the best use of my time, effort and abilities.  She asked the question and got an answer.
The obstruction stopped, that fall I was finally allowed a transfer and a birdie actually confirmed my suspicions that “she didn’t want to lose him, but couldn’t keep holding him back.”

That was about four and a half years ago…  I find myself in a position where my direct supervisor knows my worth and, in so much, would hate to lose me but also sees my frustration with what is/isn’t happening around me.  I have worked way too hard to get and be better physically and mentally to allow it to drag me back to that place I was in in 2013, so I spent the past 10 months actively pursuing the next challenge with her knowledge of the chase and precisely why.  Again, and as is my nature, my production and attention has not slipped one bit even though the situations leading to my desire to roll on aren’t exactly improving.

I don’t have it in me anymore to care so much though.  I got me to look out for.  I am not in my late 20s/early 30s anymore.  If I am not being allowed to make best use of my time, energy and ability, then it is on me to find that space where I can.
This is a new chapter.

Tomorrow (well Tuesday since tomorrow is a teacher’s workday for the short person in the house), I begin the next leg of my journey.  My employer has rules about being named or mentioned by associates on social media and/or blogs, so they have and will not be named here.  I am taking the lesson I learned by overstaying my welcome once before and letting it affect me physically, and properly placing it in the rearview.
And the commute is only 7.8mi, compared to the 23.6 from before.
life and health missed opportunities new challenges new opportunities see through sundays transparent thoughts work