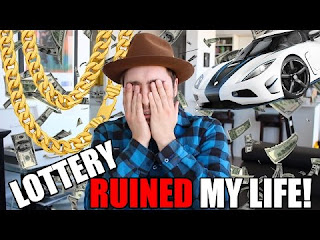 I think I have created a monster…

I personally invited those who are reading from FB some came at suggestion of those who did.  I can see that people are reading but never know who is actually reading until I get a comment or an email.  Yes, I have gotten a few emails from people who want to come at me about something they have read.

We spoke previously of the advertising opportunity that I blew, if not there's a link located on the left.
This one was new and more promising though.

If you will notice on the right, I have a PayPal “donate” link.  Funds from that would be properly used for establishing and maintaining a private website and publishing a novel I have written.
Tied to that link is a PayPal account, which most adults who know would infer to be attached to a valid email address.One day I get an email.

“Phlip.
I hope this message finds you in good health.  I have sent the $1200 you need to self-publish your novel.  In response, I want to solicit your very obvious talent in a situation I am up against.  Please respond to this and we can work out the details.”

Shocked (and contacting my auntie to work on this novel thing), I respond and within a day, we had exchanged numbers and contact time and I am home on my couch waiting for a call…

Now I am on the job.  I am given a week to come up with a plan and one year to finish.
Initial contact was on a Thursday, I had one slow day at work and two off days to think it through.  Monday morning at 9am, I have a plan for him and email it to confirm, confident that we can set this in motion by the NEXT following Monday.

9 days later, he strolls into a specialist with fatigue and stomach pain.  Alone with the doc, he slides him a band and insists that I be allowed into the room…
I explain that we play along with whatever comes up with to keep my dude ensconced in a serious illness up to a previously-crafted but unbending will written in secret, leaving his millions to his daughter in trust until she is of age.
We'd all be beholden to the fudged paperwork that is already in motion and whatever the doctor can cook up.  As he "declines" in health, the fact that she loves him so little exposed and she splits with him and he gets to miraculously recover once she is out of his life.

So check it…  The plan's to get her out was right?  The application of said plan was just right, but no one could prepare for what would happen.
Approaching a specialist with an “issue,” then lining his palms with the first money to do it was cool.  He was with it and wouldn’t ask questions, instead he'd cook up an illness that x-rays and nosy auditors would have a hard time exposing before anything major happpened and my client was done with his conniving woman.
With that kind of immediate cash, he was on our team willing to lend his advice and credibility.  Coached us on what untraceable pains to whine about and why they couldn’t be located to fix or abate.

She ate it and played the game as best as one could expect someone to when they appear to be losing a dude worth $45k a year and about $300k in life insurance policies.  Pretending to be all hurt, manufacturing tears and all of the expected.  What was missing was the daughter.  Not at the hospital, no doctor visits and none of the other things.  Every time it was “with my mother,” or “I don’t want her to see this.”  It was almost as if she was seeing the escape from her treachery in this man's illness.  I didn't even feel bad for her.

In and out of the specialist’s office, sticking to a special diet and losing a TON of weight to keep this thing going, no one other than me and the doctor were the wiser.  I must admit, this man was one hell of an actor to carry this shit out too, not terribly different than 50 Cent in that shitty direct-to-BET movie that no one I ever met has actually seen.
Meanwhile she played her role as the aggrieved wife, watching her husband fade away.  Hell, they should both get Oscars!

As time wore down, the “confessions” part of the process came.  You know, when the end is near and people start copping to things they might not have otherwise?
Unfortunately, this would be the beginning of my end.  I had already received the first $36k on my mortgage as a deposit and would get the rest when he was rid of her.
This one fateful day, I am at work and he has arranged with the doctor a trip through the hospital where he would need to spend a couple of days and be in pretty rough shape.  She naturally comes and they talk about the past and future.  He tells her that before he got sick he had previously lessened his life insurance policy to an amount just enough to cover the remaining cost of their home and to put their daughter through college.  She, expecting that there would be enough to do both of these things – plus a “Stella's groove” vacation or three – was PISSED.  Out comes the name calling, the admission of serial infidelity and all one can expect when their windfall is cut to a third of expectations.
And then she said it…
“Well I thank you for putting MY daughter through college, though.”

The emphasis on ‘my’ was no accident.  What she didn’t know was that he already knew.

What I didn’t expect is that this would be where he broke character, jumping out of that hospital bed and grabbing her in a manner that would make Ike cheer.
This would also be the moment that everyone involved realized that he wasn’t that sick after all.
Magic Johnson has to know what that is like.The doctor got most of his cash already, I had gotten half of one of my remittances and as they stood yelling in this hospital room, I watched the rest of it blowing out the damned window.

He wound up coming clean about his win and the doctor wound up in some DEEP shit over his part in it and I still have a house to pay for and unpublished novel.
They wound up in divorce court and I will admit that he had one HELL of a lawyer to have not gotten beat for his money in court.
Luckily, no charges were pressed as long as fair pricing for the medical care was footed.  I never had to set foot in anyone's court room.
breaking up divorce lottery relationships true story