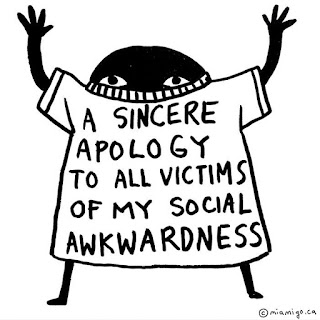 These days I am involving unwitting outsiders in my immature fuckeries…  It isn’t quite enough that I combat my social awkwardness and general disdain for human beings with wry and mean-spirited humor anymore.  Through all of the practice, I have apparently just gotten good at it.  Now I have to take it to a new level.

One day we’re at the Asian buffet…

Another couple is there, both are reasonably able-bodied, yet she is not getting up from the table.  He gets up and brings her a plate of food, waits for her approval and then goes for his own.  Okay maybe he is just accommodating to his woman.  I can get that.  Maybe it is her birthday or perhaps she caught him cheating and he is trying to lick enough boot to not get kicked out the house or something.
But I had an issue.
A couple of times he came back with plates that she was clearly less than pleased with, and she made a point of making that insultingly clear and he was not allowed to resume eating his own food until he had returned a satisfactory plate of food.
[Note: I also thought it was a bit strange that they were getting SO many plates, even at an all-you-can-eat buffet]
I timed my next trip to the buffet in line with him standing up and going for his lady.  Naturally while grabbing a couple of items for myself, I positioned myself next to him and asked a question, totally not expecting an answer.  More on that shortly.

For the remainder of about an hour to maybe ninety minutes of conversation with my own woman, he – and then his woman – would shoot me the evilest of looks seemingly at random.  It got to the point where my woman had to ask probing questions…

Her: “Lemme guess, you know them from somewhere?”
Me: “No…  Are just going to think that I know somewhere everywhere we go together?”
Her: “Well…  yeah.  But why are they staring at you?”
Me: “Because he is being abused!”
Her: “What?”
Me: “She is treating him like shit over there.”
Her: “That has nothing to do with why they’re staring at you.”
Me: “Well that may be because I kinda mentioned it to him at the chicken wing line.”
Her: “WHAT?!!?”
Me: “I couldn’t just stand in there and take that shit, I had to motivate-- or…  ‘Moe’-tivate him.”
Her: “You and this Moe Phillips character are going to get you killed one day.”
Me: “I hope it counts as an assassination by the time it happens.”
Her: “Shut up.”
Me: “Heh.”
Her: “So what did you say?”
Me: “I just asked a little question, nothing major.”
Her: “Phillip…”
Me: “Yes, honey?”

She knew I was bullshitting, because I always call her by her name, not sweety/honey/baby.

Her: “What did you say?”
Me: “I asked him about his romper.”
Her: “Romper?  He has on cargo shorts and a button up!”
Me: *looks away* “…”
Her: “No, you aren’t getting out of this that easily.”
Me: “You sure you wanna know?”
Her: “Go ahead.”
Me: “I asked him if she makes him take his romper all the way off before making him sit down to pee.”
Her: *stifling a begrudging snicker* “You didn’t!”
Me: “Well apparently he told her, because now she looking at me like she wants to assassinate me too.”
Her: “I can’t say you wouldn’t have earned it.  What did he say?”
Me: “He walked away.”
Her: “But…  Why?”
Me: “He clearly has either lost a fight or is playing MAJOR makeup right now to be taking this shit.  You think she took away his fidget spinner as punishment?”
Her: “But--…”
Me: “And it is my job as Moe Phillips to make sure that all men know their worth in publicly-presented spaces.”
Her: “You didn’t tell him your name was Moe Phillips, did you?”
Me: *quietly* “Nah, he walked away without further discussion.  I only said that out loud just now to save a little face.”
Her: “You really shouldn’t be mad at me when you don’t get none after acting like this in public.”

And this is why I am a dummy…

I wake up every day at 6am; 7 on Saturday and 7:30 on Sunday knowing that my chances are usually pretty high if I can just NOT act like a jackass, looking to eke some immature laughs out of most situations.
And I behave like a total jackass in order to eke some immature laughter out of the awkwardness of social situations.
know your worth Moe Phillips relationships social interaction true story