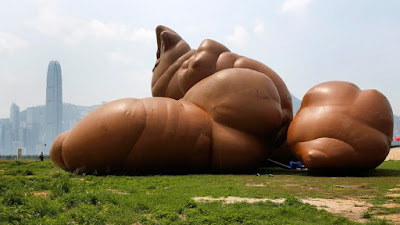 I am a lover of breasts.  This is documented on the internet.

Trust me.
No, seriously, trust me.

Sunday September 17th, I--…
No, wait…  Did y’all ever catch my piece on TonyGrands.com about FB Groups?  Here it is, check it out and come back.

Okay.  Sunday September 17th, I am chilling at the end of my Sunday, slightly dented from family time activities on the one day of the week I really allow myself to do such things keeping in line with weight loss goals.  Dammit, I am careening off topic again.  It is the end of the evening, about 9pm and I am winding down after getting the mini in the bed.  I hops on FB and into one of my favorite groups, which you can infer on the contents of based upon the above-linked 2015 post.

I share an image to the group which MIGHT (or perhaps might not…  we will never know now, will we?) have prominently displayed lady nipples.  THREE SECONDS LATER, like as quickly as the image could have uploaded, my app has gone to the FB help center telling me that I have violated the code of the site.  Sure, I get that I had but had these motherfuckers been paying attention to what happens in these groups for the last several years?  Well, without a space for appeal or even a warning, I am placed into FaceBook jail for 72 hours with no recourse.  All blog posts and important information during this time had to be coordinated through text/inbox people tagging me or posting them on my FB wall.
It was hell.

It was not as if I had not tried to appeal and at least ATTEMPT to argue my case, but the fact of the matter with FB help centers, they are not tasked with getting things resolved satisfactorily, just getting them resolved and in large numbers.  That’s what happens when you outsource a job to a group that does not understand the language they are tasked with moderating.  I had no choice but to EAT my 3-day timeout.

Late in day two came this offering from the homie James. 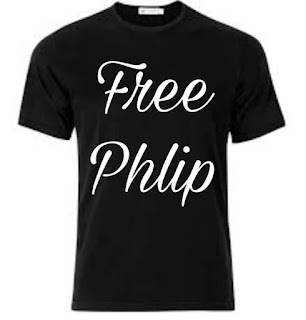 While on timeout, in addition to working on future posts for the blog in expectations that I will be EXCLUSIVELY writing from my home computers again very soon and should make good on my attempts to be constructive and productive at the same time, I came up with a plan to get back at them.

As some of you know, one of my part time gigs is (well, probably “was” since a GOP-led NC doesn't seem to like funding programs like ours) with an after school program for 6th-11th graders.  The time spent with the kids leaves them to trust the mentoring of us who work with them, in whatever capacity we may so have to do.
Some of the kids’ parents have become so cool with us that some of them have been allowed to hang out with our own kids outside of the program.  We’ve gone places and some have even spent nights with my nephews and such.  It really is a cherry situation to have ahead of us.

So I decided to see if I could score some of our kids on a tour of FB’s headquarters.  Being that they’re kind of cool about such things, they were cool with accommodating us.  I took the boys with me on the guise of their being into STEM and possibly getting into coding and the things that would make them assets to companies like FaceBook one day and everyone ate it right up.

On the slick, I gave each boy a small roll of tape and a 6-inch piece of paper as well.  I gave them the instructions that every chance they get, to go to a bathroom and if it had an automatically-flushing toilet to cover the “eye” with the paper so it would not flush.  No auto flush?  No worries, just poo in it and walk off.  Shit in the toilet, wash your hands and walk away.  Try to do so as many at a time and TRY to remain undetected.  If they could get one off into a urinal and out of the bathroom without being noticed even better.
AND WASH YOUR NASTY-ASS HANDS!
Before walking away, try to prop the bathroom door open, even if just leaving it cracked enough to allow the heinous odors to escape to the notice of the innocents out on the working floor.

That’s right; in response to my 3-day ban from FaceBook after simply doing something I love, I had set up, orchestrated and staged a “Shit-In.”  With 10 boys with me, plus myself, we managed to stink out bathrooms on three different floors of the building before anyone noticed what was up.  When I was confronted with WHY I was doing it, I simply pulled my phone out of my pocket and showed them this screen shot: 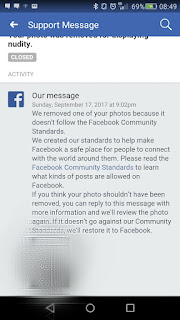 Looked him dead in the face, said "I thought this was America, people!  Is the love of titties NOT the American way?" before I corralled my boys, we got on the shuttle and headed back to the airport.
breasts give us free resistance revolution sit-in movement timeout true story unfairness