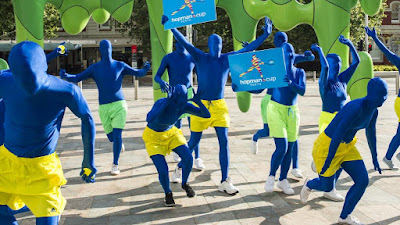 My best ideas are most often poorly received and fall flat on their faces.  It is not a result of poor planning or ill intentions as much as it might be simple bad luck or planning shit with the wrong fucking people.
Not gonna kick myself about it, though I do that from time to time unfairly to myself, but it is the nature of a mind like mine.

Anyway…  This is True Story©, not “shit on Phlip” time, so let me quit fucking around.

As a great many of the two of you know, I was once (briefly) married and I am currently involved with a pretty fucking awesome lady.  What y’all don’t know though is that I proposed one time before either of these women existed in my life.
It was late 2002.  I had finally shaken the funk of my previous ex moving away for law school and the fact that we couldn’t work through an indefinite long-distance relationship.  Shit happens.  I had met and fell for someone new and we were giving each other literally all of the time that a couple years in would give one another, never minding the fact that we were 6, maybe 8 months in.  I decided that I would make her an honest woman, but I had to be me about the shit.

My favorite color is blue.  Hers was yellow.
It was a late September, or maybe early October (I drink, sometimes I forget) day, a Saturday.  We went out for an early lunch and planned to spend the early afternoon in a large park in town just us, chilling and talking together.  Quality time, every couple needs it.  Thematically, I had on a plain Royal Blue t-shirt and she had on a pastel yellow babydoll tee shirt (keep these in mind, class, they're coming up on the final exam).

We’re sitting on a 10' wooden park bench she is seated on my left.
A dude comes up in a yellow shirt, same color as hers and asks if he can sit next to me on the right while he waits for his lady.
Less than a minute later, she walks up in a blue shirt and sits down next to him and he moves a little closer to me.  They strike up conversation with us but don’t mention the coincidence of the shirt coloration.  3 minutes later, another girl walks up and asks if she can sit on HER left while she waits for her brother.  Her shirt?  Yellow as a motherfucker.  2 minutes after that, her “brother” shows up wearing a blue shirt and sits down, so she moves closer to my girl.  Now the shirt thing might seem kind of weird, but no one says anything.
Never one to have met a stranger as much as I hate smalltalk, we really sat and shot the shit for a few minutes.

Then another couple comes.  He is wearing a blue shirt and she is wearing yellow.  They’re pushing a stroller and the baby has on a striped shirt with BOTH colors.
What the hell?  Something is UP here and someone should be connecting this shit.
The kids playing on the nearby playground think the shit is cute and they’re pointing and smiling and whatnot.

Then someone else comes.  She seems to be connecting SOMETHING now.  “lemme guess, you want to sit down until your girlfriend gets here?” she asked.
“Nah, seems the six of y’all are holding this one down, I’mma just wait for her standing right here” he responded.  A couple of minutes later, his “her” comes down the walking trail with a dog they called ‘Duke,’ which we would learn was short for Marmaduke.  He was, naturally, a Great Dane.  Around Duke’s neck was a small pouch, shaped like a treasure chest.

Now the kids’ parents are noticing the randomly gathering group of matching blue and yellow shirts.  They’re looking on amused with their cameras out, photographing and filming it all as our group of similarly-dressed people assembled around the bench we started on, plus the two adjacent ones.
In the commotion, FOUR more couples in matching blue/yellow have embedded themselves in the group.  The count is up to sixteen now.
At this point, my lady sees that I KNOW all of these people and have slickly planned an 8-way date and thinks it is both cute and creative and won't stop smiling.  One of the last couples brought a cooler and we’re now drinking waters and are enjoying the conversations even more since we don’t have to act like we’re strangers in weird coincidence.  Duke didn’t have to act like I wasn’t the one who drove his masters to pick him up from the breeder as a puppy since they didn’t have a car big enough at the time.  Now it’s a little party, right?

Well in the midst of a damn good and fun party, the non-couples showed up.  Men in blue and ladies in yellow now and the crowd quickly grows to 35.  One of my homies is a professional photographer and, while in “uniform,” has imbedded with the group and is taking pictures of everyone having as much fun in the situation as we could have ever planned to have with three park benches and zero alcohol on an uncanny fall afternoon.

Another homie comes up on a golf cart, rolls out a blue carpet in front of the bench where the party originally started.  All of the “attendees” stood up and circled me and my lady, still sitting on the bench at the moment.  Marmaduke is finally freed of the taut leash and comes right up to me like the good little buddy he was and puts his head in my lap.
[Phlip note: them damn huge dogs always act like they’re tiny little babies, don’t they?]
Back to that treasure chest on his neck.  I push his head to her lap and put her hand on it…

Diamonds surrounded an orange-ish/yellow citrine (her birthstone) in the middle.

“where are we headed from here?”

By this time, the parents of the kids are trying to look over shoulders of the circle, women are dabbing their eyes, men are fist bumping and shit, they’re all cheering and clapping.  “Say yes, say yes, say yes!” they yelled.

…  this shit was too fucking perfect.
All them got damn shirts I paid for.
Arranging 40 fucking people on their day off to shoot the shit for a small erstwhile unplanned party in a park with no alcohol involved.
Swearing those 40 people to silence as to what would happen.
The cost of that blue carpet.
The cost of that fucking RING!

All the white people in the park simultaneously go “awwww” like it was a Thursday night sitcom or some shit.  My friends looked on with a combination of incredulity and building anger.  I bet if my cousin was there, she would have beat her ass right in that park.

Sensing a testy situation brewing, the crowd slowly dissipated.  My homies know me well, so they kinda grabbed up their ladies and pulled them away to spare their own nosiness.

She was already technically married and never informed me prior.  Apparently she had married early on and separated from the guy in expectation of divorce.  Over the waning months of our (she and I) dealings, he started to hit her with the “pleasebabybabyplease” and she was considering continuing her life with him instead of moving on to the next.

I was a fucking placeholder.

I could have killed both of them.
I decided Karma would do a better job of it.  Instead, I thanked my lucky stars for having gotten the right response to the question “what if she says ‘no’?” and got all of my money back on the ring.
That walk of shame in the store was a bitch though.

I should have tried to talk the woman in the store into some sympathy pussy for my troubles.
black love breaking up flash mob life and love proposal relationships true story