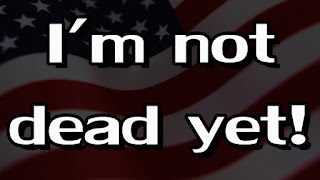 Last September, I took a shit that would change my life.
No, the shit itself wasn’t so epic or one that felt like it was leaving my body sideways or anything.  The thing is that while on the crapper, I sat with my phone and typed out a very short story.  There were elements of truth to it, but embellished upon for comedic effect.  I posted that story to my FB wall and people enjoyed it.  The next Thursday, I happened to do the same thing.
So on and so forth, I did this every Thursday morning until someone suggested “dude, you should start a blog with these!”
Me, ever the dumbass, thought “shit, I DO have a blog!” and I was onto something.

Prior to True Story©, I REALLY hadn’t felt like writing for the three years prior for reasons those close to me are already aware of.  The attention the posts on FB garnered and the suggestion to start a blog reminded me to use the one I already had.  I back-posted the previously FB-only stories on their respective dates, and began a schedule that would see me post the stories HERE every Thursday at 7:30am and instead post the LINK to my FB wall with the first paragraph of the post.
And it WORKED!

Readership was up, people were talking and sharing the posts.  I had my motivation to write again.  Sometimes I’d write 2-3 posts in a week and spend the following time fine tuning them for the Thursday they would be posted.
Readers wanted more, but I didn’t want to burn out or wear thin, so I have and will continue to confine True Story© to Thursdays.

Then June 16th happened…
After two prior donations to the website, a benefactor saw my cause as worthy to contribute to and left me a nice file in my PayPal account.  In the message, he mentioned my starting a website and using the ad money it might produce to publish my book (see?  Sometimes people DO pay attention to what I am saying!).  Immediately upon acknowledging that it was there, I purchased my URL and opened the file for my novel and began fixing the little things that Dr. Jo Lynn had told me to before I went into my funk in 2013.

I also wrote HARDER.  I added “Hotep shit” to the permanent schedule and those are an every Wednesday thing now, though I warn that I am starting to feel I am jumping the shark with those.
My stories are getting better, owing to what Will Smith describes as the relationship of talent and skill.  I know I am good at this, I am blessed with a wild imagination and an eye for the world that in some circles might classify me as insane.  I look at the world as I traipse through it with mind on “how can I make this a True Story©” and I often pull out my phone and create a draft email with a line or two to remind me for when I am desktop.
(my drafts box stays littered with these)

My ad money ain’t so great based on the hits on the posts, even with the increased traffic and better Google visibility.  I don’t mind because I fucking love the attention and practice I get doing this.  I do this for y’all.  Most of you respond via text or on the FB posts and that’s cool, feedback is feedback and it has been consistently positive for the most part.  Hell, my own cousin just informed me on Wednesday that she had been reading without noticing that this was my blog.
Sure I would love a few more donations to the novel project, PayPal link is on the left over there (like literally to the left of this sentence if you're desktop).  I am also soliciting artists for some assistance with the cover art work.  I have a couple of ideas of what I want, but my talent is with these 108 keys on this keyboard. I would not have thought a year ago that I would still be throwing out these stories like this, and I guess I have my muse (they know who they are) and the other two of you to thank for giving me an audience to please.
I think I will keep doing this for a while longer.
thank you true story writing writing about writing