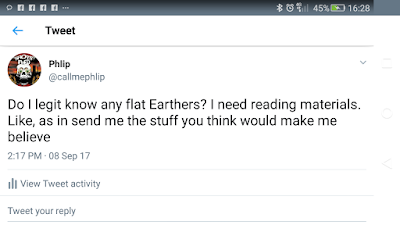 As you can see, this Tweet was from two months ago.  I waited patiently to see if anyone could provide me the answers I could then use to form my opinion.
Sadly, they apparently all thought I was just here to ridicule them so no one bothered responding.

Not terribly dissimilar to someone who has been sucked into and winning an online debate, I was left to have to do my own research.

Here’s what I found… 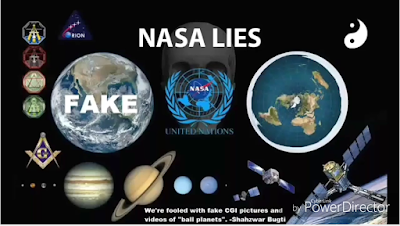 Not only is NASA lying to us about the real shape of Earth, they are fabricating CGI images of EVERY other celestial body in order to continue to sell the ruse.  What I found on my quest is that these posts are long on ALL CAPS RANTS and quite short on proof of the things contained in said rants. 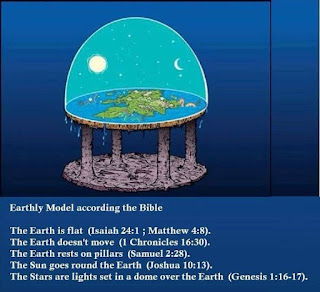 My belief that Earth is flat, then will require a smattering of faith some twisting of the Bible’s wording, and successfully cocooning myself around people who also believe that the world is flat.

The model that most interested me was this one: 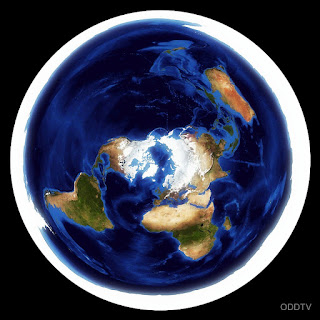 As you see here, the Earth as we know it is properly flat, Mother Africa is properly sized compared to her North American and European minions and what we’ve been told is Antartica is actually an icy nether region surrounding the disc.

It also seems that “they” in power throughout the years have been in on the whole shit, and have inadvertently let their referring to specific regions as the “East,” “Middle/Far East” and “West,” since the beginning of modern civilization.  Well their cat is out of the bag now.  If the Earth was truly round, then what would be the need for such terms?  Everything would already be east and west of one another by the nature of how an orb works.

Pictures purported to be from space, looking at things like the moon and other planets through telescopes available cheaply on eBay, all CGI productions in place since before CGI was available to common people the world over.  It takes, apparently, a LARGE amount of faith in this whole thing to be free in knowing that you’re being lied to.  It is not terribly dissimilar to being in a room full of 45 supporters.

Well I have had enough!  I am taking up the crusade to spread the truth to a world trained to accept bullshit and believe they’ve been given steak!
"they" conspiracy flat earth lies No-Shave November science true story truth