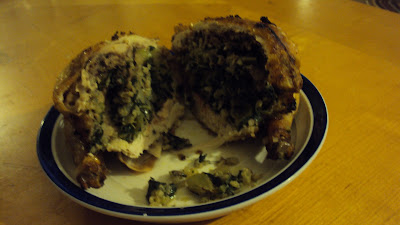 First, she beat me up and told me “you got the blog tonight” before leaving the house for work.
Don’t tell anyone I said that.

In the fridge, there was a couple of weird little chicken things Rock Cornish Hens, plenty of frozen veggies and a lot of imagination.  I spent a day looking into how I could do this and found this beautiful idea to stuff them with rice and veggies.
But we ain’t using rice, because we ain’t living like that. 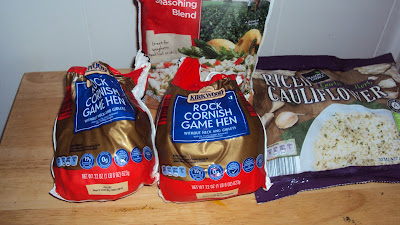 2 – no, one…  more on that later – Cornish Hens
1 cup riced cauliflower
1 cup diced onion/mirepoix – she beat me again in protest of the frozen one
1 cup frozen spinach or collard greens 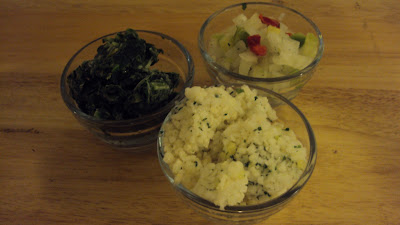 Clean the hens, pat them dry with a paper towel and rub them down with olive oil: 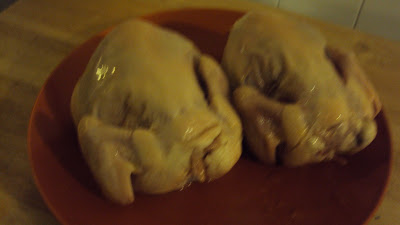 Season them up and set them aside in the fridge while you work on the stuffing.  Stuffing is as simple as sautéing the vegetables in butter: 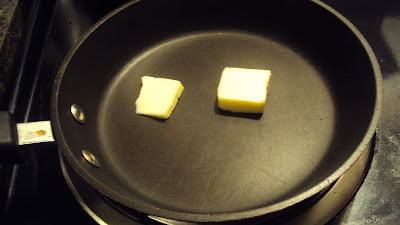 While sautéing, season with a teaspoon sage – to give a Thanksgiving’y vibe – salt and pepper to taste and finish up the sautéing. 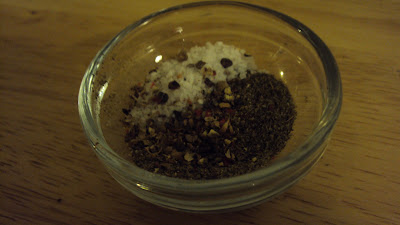 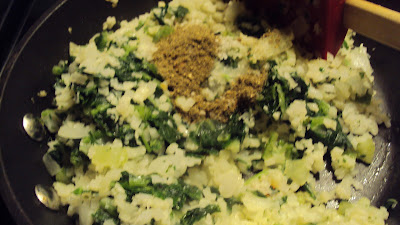 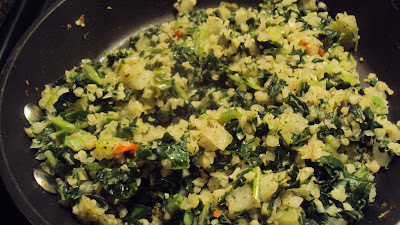 With a spoon and your hands, stuff the hen with your veggie filling and have Mimi come back to the kitchen to tie it up so expertly that you’re now afraid to fall asleep around her. 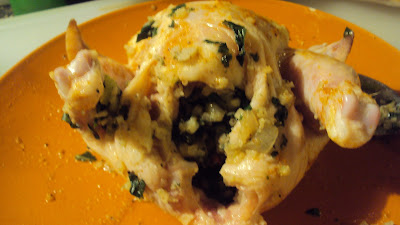 (I cook like a madman, so I had to clean all that up and get it inside) 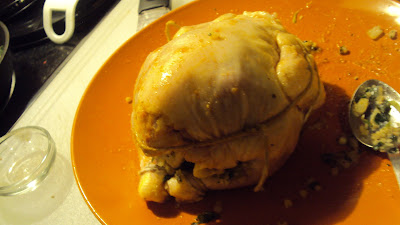 Bake at 375° for an hour or until the juices are running clear.  Untie the victim and cut open to show off the stuffing. 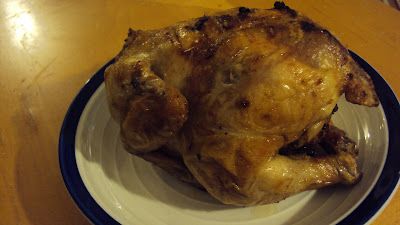 But wasn’t that only one of the hens?
Thanks for asking…
We cut the other one into quarters, battered it and fried it, see?  Frying the one was a last-second decision, not as much of an afterthought as it seems to be getting made out to be. 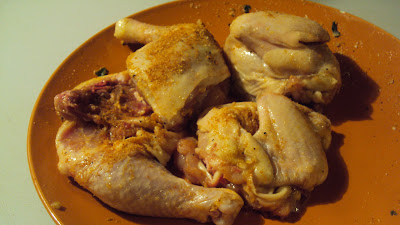 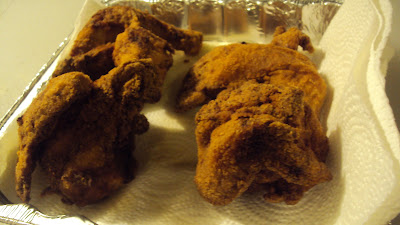 The stuffing was SUPER good and I will say that it has everything to do with the fact that I was assigned the frying part of this while Mimi still came in and did most of everything else.
At least I can claim 83.72146% of the planning this time though.

I would have never thought to fry a Cornish hen, I had literally never even imagined it.