Donny Got Barz... Who's Balls are the Biggest

November 24, 2017
And then the news just keeps getting more and more surreal…

Media Darling Attention-whore LaVar Ball accompanied his youngest son to China week before last for an overseas game in China that coincided with the opening of a couple of popup shops for his disastrously ugly sneakers.  Teenagers being teenagers, one being from a well-to-do family who could have ostensibly paid for the shit, decided that stealing some sunglasses from a Louis store was the cool thing to do.  An international crisis ensues and 45 decided to insert himself as the liberator-in-chief.

Except, no one has any real PROOF that this happened other than his own claims on Twitter, and no reasonable adult actually believes much of what this man claims.

LaVar got options and a media fully lapping up HIS bullshit.  The thing with his, though, is that he is brutally honest.  Well as honest as one with something to sell can be taken as.
The back and forth wound up with us seeing 45 on his back channel twitter throwing darts at the biggest baller of the Ball clan. 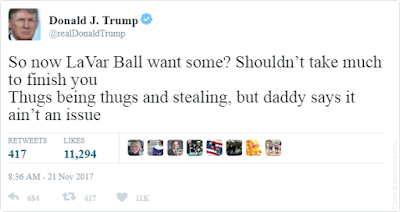 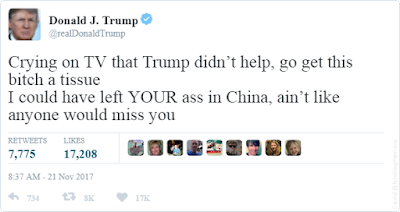 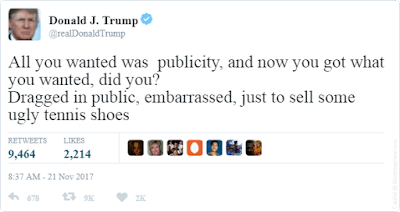 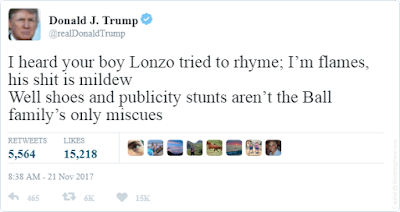 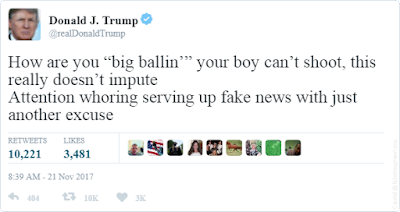 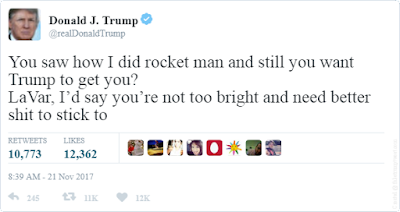 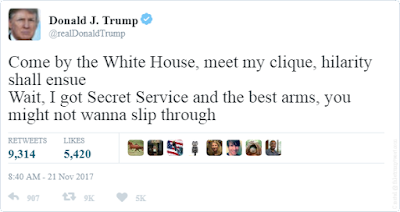 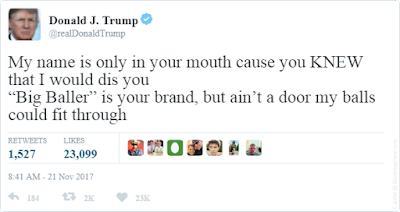 To boot:
1 – He spelled and capitalized the man’s name right
2 – He kept on him, trashing his brand
3 – The obvious “big balls” joke was unavoidable
4 – He got his fucking iPhone fixed.

Points deduction:
“LaVar” is Spanish for “wash,” and there was assuredly a ball-washing joke somewhere to be had in this 16.
Meh…  Can’t win em all, Donny.
45 battle rap beef current events donny got barz i'mma get fucking audited in the news lavar ball rap rappity rap twitter