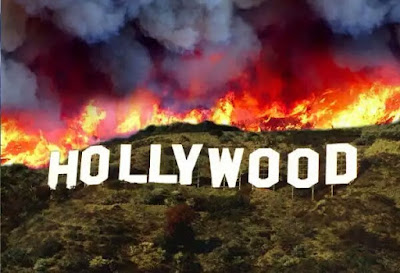 …  and it couldn’t be happening to a better group of people.

We’ve reached a juncture where Karma is showing up to the door and is fully prepared to collect her dues.  The motion picture industry has never been a friend of brown people and has actively sought to use its pull to keep brown people under its thumb.  Look no further than our Hotep Hollywood label for a running count of their fuckery.

I don’t think I need to chronicle every name that has been embroiled in a scandal surrounding things ranging from unwanted sexual advances through more egregious sexual harassment all the way up to and including – sometimes at the same time (!!!) – sexual assault and pedophilia.

Well the chickens are coming to roost.  You can’t do EVERYONE wrong all the time and expect that shit to just get swept under the rug.  Not terribly dissimilar to what has happened to the most of professional sports wherein brown people are seeing themselves better represented in response to a past where the leagues shunned their participation, we’re seeing the marginalized and victimized getting theirs.

Of course, it is coming at the expense of some actors/directors/et cetera that we’d previously been made to loce and sometimes admire, but the laws of collateral damage tend to work like that.
It is a loss that some of us are willing to take.  Bill Cosby removed himself from the protection of the collective Black opinion when he decided to play for “them” and ranted that none of us were shit a few years ago.  He was the first cog to break on this wheel, we’re seeing that he won’t be the last.

Be not alarmed, though…
Y’all remember the wildfires in Florida in 1998? [link]

I remember them because I had a friend at the time who was from there worried about her family back home.  One year later, I went to FL for a cruise and various spots along I-95 were STILL torched and looked quite barren.  In 2007, then again in 2009 and once more in 2016 I travelled down through Florida and the vegetation seemed to have THRIVED on the ashes in the previously burned soil, you wouldn’t have known anything had burned down even if I told you it had.  The getback was that amazing.

Perhaps it is for the greater good that we watch Hollyweird burn the fuck down in its own inequities.  That way, we can re-plant and properly sow the seeds of an entertainment industry not beholden to the tastes of bigots and apparent rapists and pedophiles.
Chew on that for a minute.  Sitting back and letting the industry burn to the ground might be the Hoteppest thing to do right now.
black people love chicken black power burn hollywood burn current events hollyweird hotep hotep hollywood hotep shit mommy what's a hotep? No-Shave November