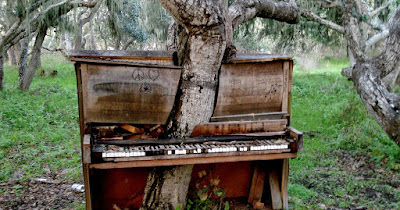 Chilling at work on Monday, minding my own business, I gets an email:

Well I guess it stands to reason that I have BAKED this damn cake, so it is totally on me to frost the sumbitch.
We shot some back-and-forth around and he was clear that he was not willing to approach ANY of the holidays with this woman, that he had taken Wednesday off and that would be when he wanted to complete this whole thing.

Well shit on me, I guess I got no time for setup.
After work Tuesday, I sat down at the computer and planned and plotted and daydreamed just how I could bail this man out of a VERY shitty situation.
At least the kid was not hers and would not have a lot invested in them breaking up.  I mean, it only makes sense that a kid – especially a boy child – is not going to be there for someone disrespecting his father when that father is actually present, no?

Before going to bed on Tuesday night, I had a plan drawn up for him, responded to his last email and told him to PayPal me when he was pleased with my work.

Daydreaming on this, I decided that if this man couldn’t just end it with this woman straight up, there was not shit I could really do for him, but I REALLY need the money so I would cook up a quick situation for him to look at, chuckle over and decide to be TOO fucking silly to actually try.  He would laugh it off and then either work it out with her or break up with her without the passive-aggressive bullshit.  Right?

I REALLY need to stop being so damn greedy and start turning down work I don’t really want to be apart to, even if it is paying.

It is almost as if I have thrown a lit match into a bucket of gasoline.

If this woman EVER makes it back to his place and/or doesn’t get that he actually TOOK some bum-ass advice on how to break up as a message to just leave, then he will probably have to murder her.


As I look back on this and think about how quickly I responded and turned over these instructions, I REALLY should have given him the burner info. I mean, he paid PayPal as a gift, so didn’t get any personal information other than my name.  What I am worried about, though, is that she will eventually find her way back to him and burn his whole neighborhood down and I will be the one held liable for his having taking the stupidest outcome I could daydream and actually DOING that shit.
Eh well, that will be another True Story© for another time.
abandonment abuse bad advice breaking up give thanks instructions lessons No-Shave November relationships thanksgiving toxic people true story