Donny Got Barz -- Major in Asia

November 17, 2017
This motherfucker really isn’t going to quit until he tweets us clean off into WWIII, is he?  You’re supposed to be the president, off in the news IN ANOTHER COUNTRY talking like you’re trying to cut a WWE promo against Stone Cold Steve Austin in 1999.

I figured China had done a good enough job of buttering him up by making him feel like he had gotten his ass kissed, but that apparently didn’t stop him from embarrassing us on the world stage again.  With a slow news week again, consisting of not much more than sexual harassment/assault burning Hollywood down, we could expect him to hit out at old targets considering his own past as a pussy grabber and with a pending case of his own.   Motherfucker didn't even wait to get off of the plane before getting started. 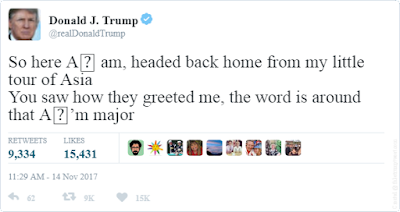 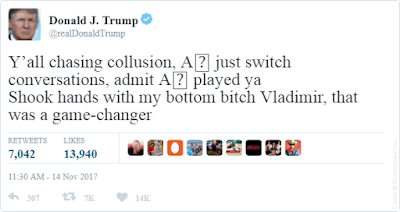 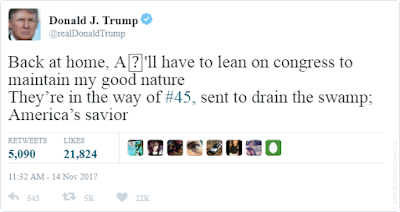 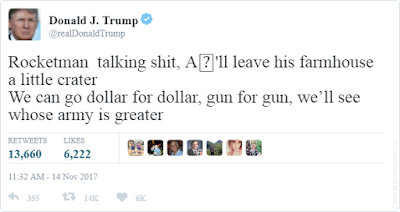 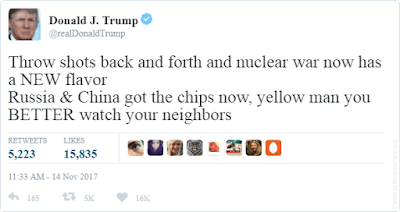 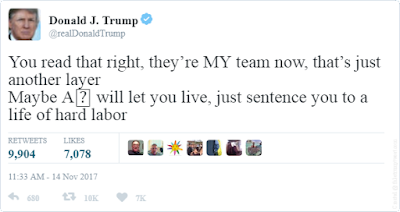 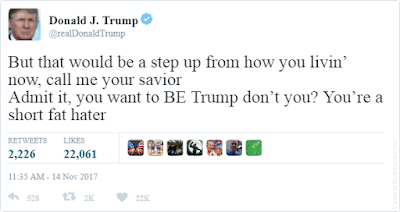 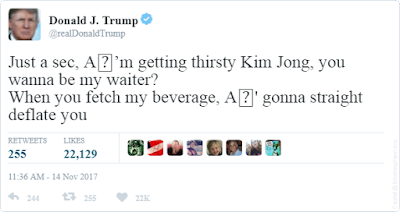 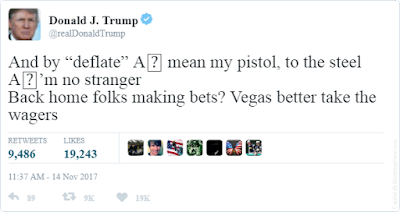 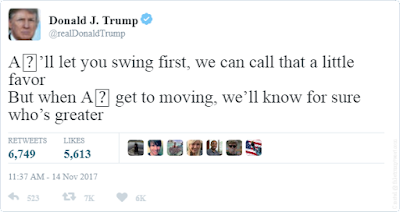 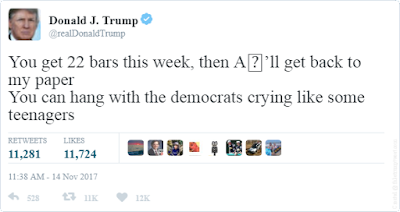 Apple has released a fix to that glitch, Donny.  I understand that you have fashioned yourself the smartest person in the world, but we’re having a mighty hard time buying it based on your outward behaviors.
battle rap donny got barz hip hop i'mma get fucking audited No-Shave November rap rappity rap true trump tweets twitter