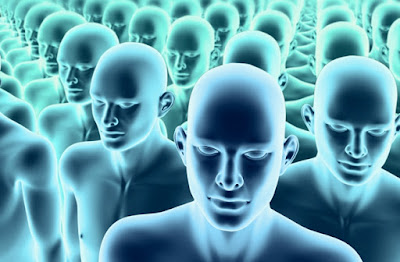 It has become apparent that hard work and education are not what are going to get me rich.
Not for lack of effort, but moreso a lack of opportunity aligned with my specific set of skills.  I am good with a plan, I am good with managing my outcomes.  My issue is usually my selection of a plan that will prove lucrative in the end.
I recently had a BRIGHT idea…

I have recently learned that women are perverts like men are.  They are also not cheap when their perversions are piqued.  I learned this in conversations with friends about the funds that have been spent on male strippers, “toys” and various other sensual aides.  I guess they aren't like men after all, we're fucking stupid to be honest when it comes to how we spend our money related to being perverts.
I was sure, though, that I my chance to tap into a LUCRATIVE market!

As a well-documented titty connoisseur and unashamed pervert, I am getting my piece of the smut peddler’s pie dammit.

“But Phlip, aren’t you with someone right now?”

Yes I am, and thank you for asking.  I was not permitting myself to be touched and to involve her in all decisions and processes.  Anything you can’t do as if your partner was standing there next to you is something you should not be doing.

Anyway, back to work…

Having a child, I simply don’t have the time to travel and be a male stripper.  This allows me to deal with not having to even DISCUSS being short and fat.  Since I believe in boundaries and fairness, I can’t become a male prostitute escort because dammit I ain’t sharing my dingaling with random women.

Sharing my dingaling.
Sharing. My. Dingaling…

I think I am onto something here.
No, that thing is not cheating.

So here’s the plan…  Remember in the movie Neighbors where the fraternity was trying to scare up funds to pay for whatever the hell they had to pay for?
[Phlip note: don’t judge me, I was drunk a lot in 2014]
One of their fund raisers was to have sex toys made off of molds of themselves and sell them to women on (and I would assume some OFF) campus willing to make a purchase.
What we – yes, we…  I need her fully involved for boundaries and such – do is get on all of the dating sites and cast a net to as many women as we can.  Shit, she can have the password and access to the inbox and everything since this is a team effort.  We chat the ladies up and arrive to whether or not they are into playing with toys first, and use that as an in to PERHAPS gauge some interest in real-life coitus.

Now it is time for discipline and business acumen.

Discipline – you got a good thing going, Phlip.  Marlon ain’t around to take this one for the team and you can’t fuck up home life.  Do. Not. Fuck.  Under no circumstances, not even if there is a “pass” offered (which we are all well aware there will not be).  Like everything else in the world, it is a trap.  Don’t fuck.

Okay, that’s simple enough, but what about…

Business Acumen – ... you’ll have just told a woman that you’ve being putting the moves on for however long it takes to get to the sex part of the conversation, then took it a step past that to damn near sealing the deal.  Now you'll have to explain to her that you have gotten a conscience and can’t hump her after all.
Except you kind of can, and this is where it will take some SERIOUS salesmanship…
Understand first that telling a woman ‘no’ in this kind of situation is like putting out wildfire with kerosene.  Understand next that the last thing you can do with a woman you have just pissed off in this manner is to try to sell them something.

The plan was concrete, it made total sense inside my head (where very few people go expecting things to make sense), and my woman was surprisingly on board as long as she had a constant check on what was happening and I didn’t actually make sex with any of these women.
But women just weren’t with BUYING clone penii when they had been previously successfully sold on the promise of the real thing.  Something about the bait-and-switch they just weren’t with.
I guess I should have thought this plan through a little more completely before spending money to have the product made.

Any of you ladies want to shop from my new sex toys product line?
bait and switch business ventures cloning getting rich sex and love toys true story