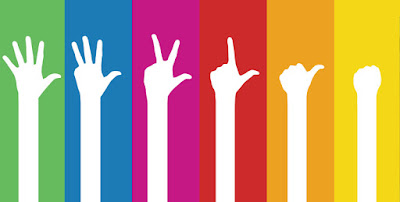 I came in with the goal of 93 rhymes
Shit, I might scrap the whole thing 92 times

89 is the percentage of the chance you’re taking mine
Seems like good odds, but believe I ate 80 of the last ones who tried
[Phlip note: see what I did there?]

Hey, I remember ’85, Kareem and Magic took it home!
84 – I am beginning to regret even starting this poem

“High of 83°,” is this even August?
82 year-old senators deny climate change is what to call this

Since 79, I’ve made a mockery of these proceedings
Including the 78 cards in your tarot readings

Look, 77!  I lost my spot in this rhyme
Philadelphia 76ers are good for a bad time

I wasn’t there, but 71 was the year we lost Jim Morrison
Holy shit, US 70 goes from Utah to Maryland?

67…  the number of counties each in Pennsylvania, Alabama and Florida
Route 66 happens to pass through exactly none of 'em

65 Pontiac GTO, that car is my dream
On a chessboard, 64 squares in pursuit of the king

MJ scored 63 in the playoff double overtime game with the Celtics
Once Kobe dropped 62 in three quarters, the Mavericks felt it

Northrop P-61, the plane they called “The Black Widow”
Gone in 60 seconds is what you’d be when caught in the middle

Y’all remember the movie Passenger 57 with Wesley Snipes?
Feel like it took him 56 months to get his taxes right

The atomic number of iodine is 53
52 pickup is a cruel joke.  Get these hands, come see

“Fifty-One” was the 50th episode of Breaking Bad
As a 49ers fan, I spend a lot of time being mad

48 hours is all you get in your weekend
After work drives you to take up your Kalashnikov and off of the deep end
[Phlip note: heh, I am good at this]

44 was wonderful, can we get that guy back in?
43 is more bearable without puppeteers and spin

Way back when, we drank 40s on corners with friends
The Honeymooners had 39 episodes in its only season

Enter the Wu Tang was an album that changed my life back in school
Monopoly was first sold in '35, that game is cruel

Miracle on 34th street, is Santa really real?
I bet that store sold gramophones with the 33rpm wheel

24, the “Jack Bauer Power Hour”
23 pairs, they say that’s what gives us the power

I wasn’t ready for this undertaking, I’m in a catch 22
The 21st Amendment applies to what I like to do

All the while they told us 16 would be sweetest
Shit, I’d stay forever 15 if I knew it would be this

14 is the number of days in your fortnight
Friday the 13th is bunk, if I’m forthright

8 is for infinity, or that’s what they say
Opposite sides of dice always total 7 if you play

The cells in a beehive are always 6-sided
5 people, one bathroom, that house is divided

We’re on Final Four, like the semifinals
Like one man with 3 horses, this was hard to bridle

Do rappers ever ACTUALLY retire?

This is a question I just kinda had to ask myself... It is well documented how Jay-Z spent the prime of his career discussing his retirement plans. If anyone remembers it right, it was supposed to be Volumes 1-3 and ride off into the sunset. Vol 3 failed to best 2 in the quality department, so he had to make The Blueprint, which bit him with that "classic album" flu, then he piggybacked with a horrible Blueprint 2 and even horribler 2.1. We all know what happened from there, one more great album since (The Black Album, for the record) and 2 "retirements" in the meantime. Now how he speaks non-specifically about how long he will do this, almost as if threatening to retire is some kind of a game. This game was so fun that lesser rappers had to get on the bandwagon. Nerd rapper Lupe Fiasco decided that he would do the same, amidst his not-THAT-great releases with 12 fucking minute outros thanking people who had nothing to do with any fucking thing in the universe, po
Read more

used with permission ( link 1 ) ( link 2 ) I ain’t e’em WANT to sell my house…      Four weeks before this was all in motion, we took the girls to the Tanglewood Festival of Lights.   If you don’t know, going there usually means you will be in your car for 3-5 hours, and this time was more on the five side of things.   With children in the car, my phone was not to be the one that sourced the music for the ride.   Instead, we listened to a Christmas album. I HATE Christmas albums, but this one was jazzy and the singer had--… this VOICE.   I asked the wife person “who is this?” at least 621 times.   She explained who and then how she knew/knew of her each time I asked, since we were in traffic with the car in park.   The jazzy sounds and buttery voice had me hooked.      In November, my last previous neighbors had moved and after prepping the house, the company that owned it opted to SELL instead of seeking a new tenant.   To the surprise of ALL involved parties, the house snared
Read more