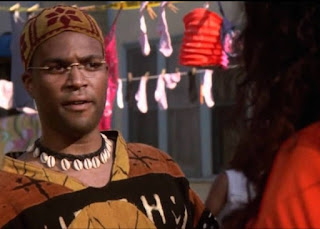 Not that such sensibilities mean much to The Ankh-Right, but it has come to our attention that apparently some Black folks are refusing to watch football this season due to the downplaying of Black Social Issues at the hands of the white owners and fans, despite the fact that 70% of the league’s players being brown?

Not to say things like “I told you so,” but who the fuck is surprised that these white billionaires and legions of uneducated “45” voters who would rather watch football than NASCAR on Sundays?

Anyway…
We ain’t with the boycott.  At least not for the reasons these other coons are…  Want to talk about it?  Here we go.

-   The man who started this all is a damn lightskinnded.  The same brand of which that we get to see come in and save the day in EVERY Tyler Perry movie.  If the brotha who kicked this all off – intentional pun totally not intended – had been darker, then perhaps we would think that this was in earnest, but this reeks of “white savior,” a concept we will revisit in Hotep Hollywood later on.  The last time we let a lightskinnded feign a sense of Wokeness, he divorced his white wife.  We will NOT allow you coons to take us back down that road again, now will we?
-   Why were black men watching this shit in the first place?
A bunch of men in tight pants parading around and falling all over each other in unison and running up and down the field?  You could be laying up with your wives instead of watching this sick orgy these cavemen cooked up for you for every Sunday.
-   They are – LITERALLY – training our boys to die.
They train young boys from age 7 or 8 that football is their only way to college and out of the ‘hood.  The whole time, concussions and CTE is waiting to walk them through to killing themselves if the police don’t do them in first.  I told y’all before, we could be starting our own schools and making something of our boys that will allow them to enjoy their lives after the age of 40.
-   The owners are all material supporters of 45.
No, we don’t say his name around here…
Some express interests that run counter to his socially, but at the end of the day, they all agree with him and would rather their boys – double entendre intended – shut up, run fast, hit hard and be as pretty as possible in the process of letting Tom Brady win the super bowl.  That’s what makes them their money.
-   Fine, don’t watch on TV.
TV Money is paid out already.  Hit them where it stings, gather up on large enough numbers and refrain from ATTENDING games.  Trigger that good TV blackout instead.  When the games can’t be shown on TV for archaic contractual reasons, THEN you cost them real-world money, right?  Wait…  Most of y’all don’t go to games anyway!

So yeah.  Boycott all you want, I guess.  First because a lightskinnded told you to pay attention, then because he was out of a job BECAUSE he told you to.  Now because a fuckboy alleged president is making sweet butt-love to the first amendment and publicly telling you that anyone dare caught thinking like him should be fired.
black people love chicken football hotep hotep shit hotep sports sports stay woke