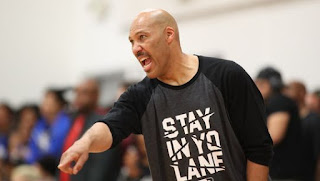 After an off-season that seems to have never actually ended and with a season ahead of us full of seemingly foregone conclusions, the NBA season is back on tonight with two pretty highly-touted games.  Boston and Cleveland will tip off the season at 8pm, a game of interest with the movement and back-and-forth between the teams late in the offseason.  That will be followed at 10:30pm by the up-and-coming Houston Rockets taking on the defending champion Golden State Warriors.
It’s as if the NBA schedule writers KNEW the NFL would be mired in knee-deep shit with the protests and beefing with the fuckboy in chief 45 and decided to throw out some games of interest right from the start.
As much time as I would love to expound on the virtues of basketball, I am already 138 words in and I have a short attention span.  I will get right to the NBA season predications.

Rookie of the Year
LaVar Ball, Los Angeles Lakers…  No, that was not a typo.  I am well aware that LaVar has never played a single down of NBA basketball, but he has sired what he is all too willing to tell us is the most elite dynasty the NBA will have met.  He has even reminded us that LeBron’s sons won’t reach the levels that all his L-children will reach.  Since this is his first endeavor, he deserves the ROY, even if Lonzo doesn’t come close to it.
…  which he won’t.

Scoring Champion
LaVar Ball, Los Angeles Lakers…  Look, I know the guy scored like 2 points a game in 26 games in zero starts at Washington State university and was a practice squad tight end in the NFL and racked up an eye-popping 28 TOTAL return yards in the World League of American Football, but stick with me here.
[Phlip note: I had never heard of the World League either]
While someone else, who actually plays NBA ball and ostensibly will not have the surname “Ball” will lead the league in scoring – probably LeBron James – but that does not mean we can’t give LaVar the pub he is about to score in all the free press he is about to take.

Defensive Player of the Year
LaVar Ball, Los Angeles Lakers…
This seems asinine, I know.  Think about it.  The Lakers have a young and capable athletic core, a young and VERY capable coach who the players like, and play in a division that has the Suns, Kings and Cripples--…  err, Clippers.  They SHOULD improve to a more impressive showing than we have seen in the post Kobe Bryant era, no?
Not in 45’s America!  LaVar Ball will single-handedly dick that up with toxicity and tearing the team chemistry to shit from the inside.  “Magic Johnson ain’t the boss of me”-ass statements will only be the beginning.  For the ability to shit on a cherry situation that quickly, he deserves some kind of award.  For tearing back a team this totally, DPOY seems to fit.

LaVar Ball, Los Angeles Lakers!  Look…  How does a man go from washout in college basketball to flameout as an NFL walk on to being the patriarch of the next (hell, FIRST) NBA dynastic family?!  IF that isn’t worthy of a Most Improved award, this whole award system is shitty!

League MVP
Look…
I know it was an anomaly for Westbrook to have won it last year coming from a team that finished lower than 3rd place in their conference.  We will call it a precedent though.  After sweeping through the applicable post season awards, it is only fitting that MVP goes to…
… LaVar Ball, Los Angeles Lakers!
Never mind that the Lakers will struggle to go 30-52 because of him.  Normally, this award goes to the best player on the best team, or at least the player who does the most to bring their team up.  Last year, it was given to the person who brought ELECTRIFYING entertainment value to an otherwise mediocre team.  Well this year, it will go to a man who brings MORE entertainment to a legitimately bad team.  Anyone who can do that deserves the MVP.

I’m playing.  Y’all know I am a Lakers fan and I hate hate HATE that this man has to be anywhere near my team this season.  Rather than sit around and bellyache about it, I will make light of it. 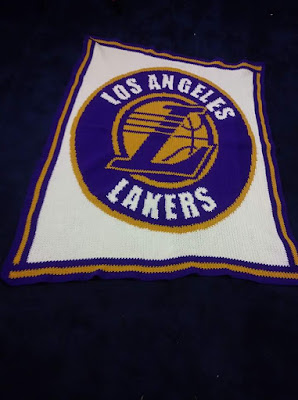 As much as I love basketball, I seriously don’t yet have an opinion of who would win any of these other than the ones I actually named.  Their choices were so mundane and obvious that they really can’t be denied.  Smith is coming off of Cleveland’s bench as a capable scorer and, barring an injury to Dwyane Wade, is in line to take the 6th man easily.
Durant is one of the most versatile and least defendable players in the league on a team of players who also fit that description.  In running to a second straight White House snub championship, he is going to be the big man on campus.